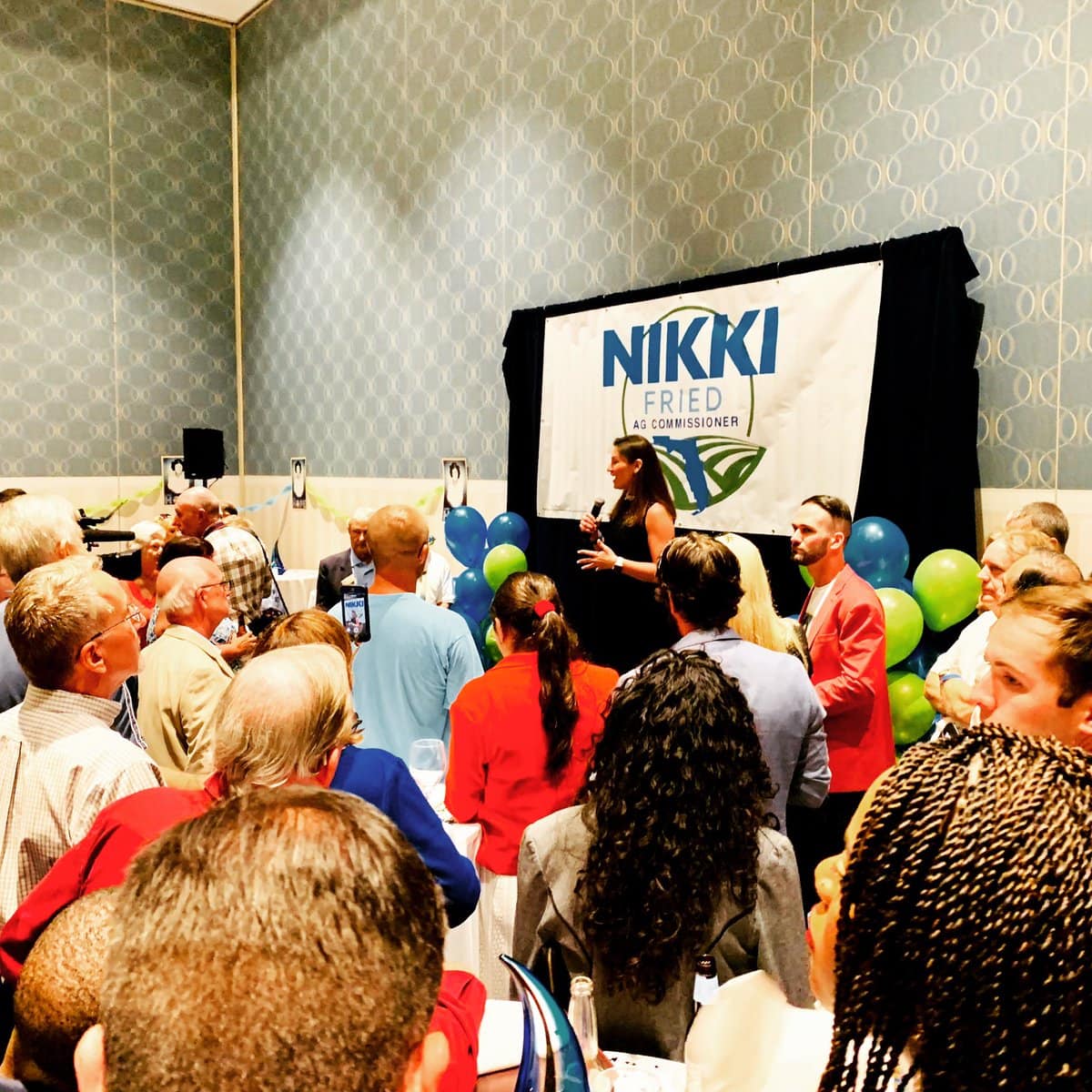 Florida Democrats are making plans to win the crucial battleground state in 2020, but during a flurry of forums this weekend, intraparty tensions were often more apparent than enthusiasm.

“We are going to turn into Alabama if we don’t get our act together,” said Sean Shaw, the 2018 Democratic nominee for Attorney General who co-chairs the party’s “Path to Power” commission, which convened at the party’s annual Leadership Blue event at a Disney resort.

With the party desperate to beat President Donald Trump in Florida, the commission is making a series of recommendations to address “recurring problems” Democrats see every election cycle in statewide races.

“We lose them close, but we lose them,” Shaw said. “We cannot continue to do the same thing and expect different results.”

Some key problems Florida Democrats want to tackle in the 17 months before the 2020 elections have to do with voter registration, minority voters who feel forgotten by the party and mistrust in the election system after last year’s recounts and revelations about Russian hackers accessing voter data in 2016 in two Florida counties.

“I would like to see the Florida Democratic Party or the ACLU file a case demanding information so that we do have safe elections in the state,” said Patricia Farley, president of the Democratic Women’s Club of Florida.

Shaw, who lost the race for Attorney General to Republican Ashley Moody, said the party should demand more information about voter data being accessed by Russian hackers because it is “obvious” something is going on.

The party’s goal to register and re-engage an additional 1 million voters has been clouded recently as one of its stars, and the leader of the effort, Andrew Gillum, finds himself facing questions about a federal inquiry involving his political committee, which is a key part of the voter-registration drive.

Cynthia Chestnut, who co-chairs the “Path to Power” commission, said the party has committed $2.8 million to the voter-registration effort.

As Democrats work to reel in money for the drive, Gillum admitted the federal inquiry will be a “distraction,” but he said the probe has not slowed down fundraising efforts.

“The good news is, as of a day ago, we brought in an extra $250,000 even after this,” Gillum said to reporters Friday after he told a packed room at the Disney Yacht Club Resort Hotel that he viewed the federal inquiry as a “challenge.”

Gillum, who narrowly lost the 2018 gubernatorial race to Republican Ron DeSantis, said he has “no clue” what the new federal inquiry is about, adding that his campaign followed the law and campaign-finance reporting requirements.

“I’ll take the arrows. I’ll take the name-calling. I’ll take it all,” he told the crowd, as long as Democrats continue supporting him in the voter-registration drive.

Hours before he said that, the Florida Commission on Ethics approved a $5,000 fine for Gillum after a probe into whether he violated state ethics laws while serving as Tallahassee mayor. The probe involved allegations about Gillum accepting gifts from a Tallahassee lobbyist and undercover FBI agents who were posing as developers as part of a federal investigation into city corruption.

Chestnut said the federal inquiry is “voter suppression of Andrew Gillum,” suggesting that it was a sham “everyone can see through.”

“One person is not the party,” Fried said. “I think that people are excited and energized to register more Democrats. I think this election showed that when people come out and vote and the right issues are on the ballot, the right issues win.”

She made clear that when it comes to Gillum’s federal probe, she doesn’t “get involved in those issues,” and therefore, does not know the details.

Instead, Fried focused on her momentum and role as Florida’s only statewide elected official. She hosted a “Star Wars”-themed reception on Friday, giving away T-shirts with her face as Princess Leia in a design that mimicked former President Barack Obama’s famed Hope poster.

At her event, the “Star Wars” theme song blasted as she told the crowd that Republicans are scared of the power Democrats could have if they win next year.

“Obviously, the Republicans are scared of us, otherwise they wouldn’t have cared seeing my pretty face on the gas-station pumps,” Fried said, referring to the backlash her agency received from GOP lawmakers for putting her picture on gas-pump inspection decals.

Knowing her opinion “carries a lot of water” in the upcoming 2020 presidential election, Fried said she will endorse in the Democratic primary but is waiting to hear from all the 2020 presidential hopefuls. She also said former Vice President Joe Biden has “a lot of issues in his past” and suggested that a new generation is taking over the party with new ideals and that embracing that shift may be key to winning the White House.

She reiterated the message to the Democrats gathered at the weekend event, urging them to get engaged as much as possible for next year.

“We are here this weekend to reinvigorate ourselves to make sure that we are ready for 2020 because a path to the White House is all the way through Florida, and it starts right here in the grassroots of the Democratic Party,” Fried told the roaring crowd.

previousHugh Culverhouse will not be silenced