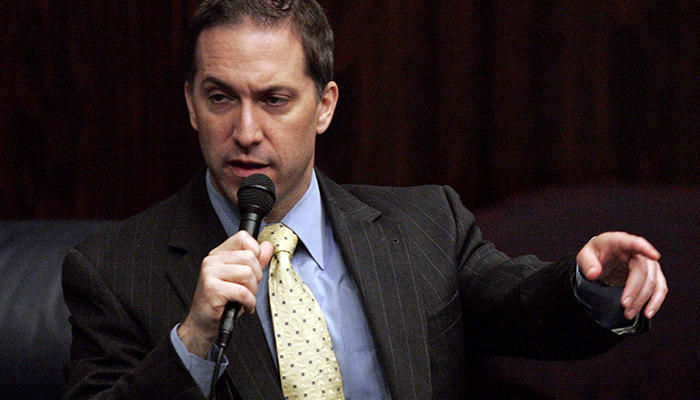 “Usually, they just get off scot-free.”

Former Senate District 30 candidate Josh Santos agreed to a settlement, approved by the full commission, in which Santos agreed that he failed to “accurately report assets” on his financial disclosure form, “which resulted in an inaccurate value of his net worth.”

In addition to publicly admitting to those facts, Santos will also face a $250 fine, along with any expenses he paid to attorneys to help navigate the case.

“Until now, sham write-in candidates have been able to disenfranchise Florida voters without any penalty or sanction,” said Aronberg, who last year declared war on what he called “sham write-ins.” “No longer will they be able to ride off into the sunset without some level of shame and accountability.”

While Florida is a closed-primary state, that’s supposed to change in an instance where all candidates declared are members of a single party.

That’s because in an instance where only Democrats are running, the primary serves as the de facto general election. Thus, a race like the 2018 SD 30 contest should be open to all voters, at least in theory.

That’s despite the fact that no write-in candidate has won a modern-era race in the state, and the vast majority make little to no impact.

No findings were made by the Ethics Commission as to whether that occurred in this case. But it’s an issue Aronberg has rallied against for some time.

Without a way to challenge their mere entry into the contest, Aronberg and Constitution Revision Commission member Sherry Plymale decided to try a different route to go after so-called “sham” candidates.

“We could not file ethics charges against sham write-in candidates for closing primaries, as the loophole exists under the law,” Aronberg said. “So we filed ethics complaints against those candidates who submitted incomplete or inaccurate financial disclosure forms.”

In addition to the Santos settlement, another pair of settlements have been agreed to after similar violations by write-in candidates.

The Kruse and Brooke settlements still need to be approved by the full commission. Kruse is facing a $250 fine, while Brooke would pay a fine of $500. They are also both required to admit wrongdoing.

While Aronberg still wants to see a more concrete change in law to disallow write-in candidates from closing party primaries, he says the Ethics Commission sanctions are a sign those candidates will face some form of punishment.

“Usually, they just get off scot free,” Aronberg said. “But (now) there are real consequences for their decisions.

“And so the next time a political consultant asks someone to be a sham candidate for the purpose of rigging an election, that individual will be forced to think twice.”