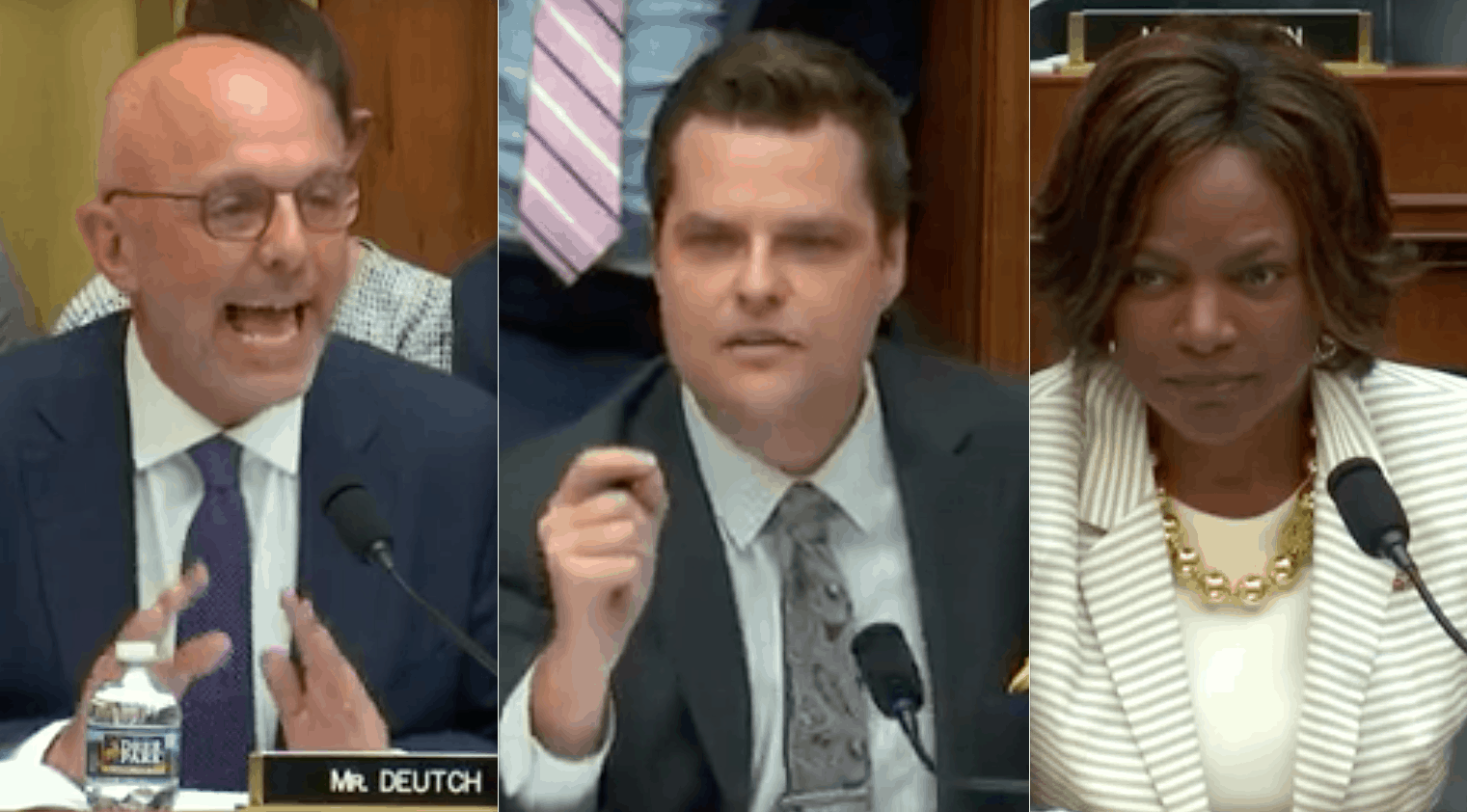 As the U.S. House of Representatives Committee on the Judiciary pressed four witnesses for opinions of whether the Mueller Report shows criminal obstruction of justice by President Donald Trump, five members from Florida got in their shots.

The hearing Monday laid out the partisan split of two narratives: Democrats concerned that Trump repeatedly suggested firings and pardons to get people to not tell Special Counsel Robert Mueller things that might tie Trump to discussions with Russian operatives about the 2016 election or to ask them to make false documents or statements; Republicans concerned that the Mueller report indicated there was not significant evidence to suggest conspiracy with Russian operatives so there was nothing to cover up; and that Trump never followed through on any perceived offers to fire or pardon anyone, so there was no actual obstruction.

Within the four and a half hour hearing Monday, Florida Democratic U.S. Reps. Ted Deutch of Boca Raton, Debbie Mucarsel-Powell of Miami, and Val Demings of Orlando brought out answers suggesting Trump had committed obstruction and details of why some evidence mattered. Florida U.S. Rep. Greg Steube of Sarasota brought out some of the strongest points regarding that no one was actually ever fired or pardoned so no actual obstruction ever occurred. Florida U.S. Rep. Matt Gaetz of Panama City used his time to try to belittle the most controversial witness and to make a speech defending Trump.

The particularly controversial witness invited by the committee’s Democratic leadership was John Dean, White House counsel under President Richard Nixon and star of the 1970s Watergate impeachment hearings. Also testifying were two former federal prosecutors under President Barack Obama who now are law professors, Joyce White Vance and Barbara McQuade; and one witness invited by the Republican minority on the committee, John Malcolm of the Heritage Foundation.

Deutch brought out allegations in the Mueller Report that state Trump told then-White House Chief Counsel Don McGhan “to create a record to make clear that the president never directed McGhan to fire the special counsel. McGhan refused to do so, and the President called him “a lying bastard.”

“This to me, Congressman, is perhaps the most serious allegation of obstruction of justice in the entire report,” McQuade told Deutch. “This is asking Don McGhan to create a false document, a lie, to manufacture evidence… And even Mr. Malcom and Attorney General [William] Barr would agree, I think, that constitutes obstruction of justice, even by the President of the United States.”

Mucarsel-Powell got McQuade to suggest there were instances that came close to looking like conspiracy between Trump’s advisers and Russian operatives.

In particular, she raised questions about the meeting between Donald Trump Jr. and others with Russian operatives in the Trump Tower in June 2016

“That is a case that is perilously close to criminal behavior, meeting with a foreign adversary for assistance in the campaign,” McQuade suggested. “Robert Mueller concluded that was not a crime because he was not able to establish willfulness… and that the material received was a thing of value; not that it didn’t happen or that it wasn’t terribly unpatriotic.”

Demings, a former Orlando Police Chief, pressed on Mueller’s handling of evidence and conclusions and U.S. Department of Justice guidelines governing them.

Steube was an early star for the Republicans, bringing out comments that regardless of what the Mueller Report said that Trump wanted to do, offered to do, or threatened to do, potential witnesses to the Mueller investigation were not fired, and no one was pardoned. Steube also had Malcolm say that at any time Trump could use executive privilege to prevent McGhan or others from speaking with Mueller and that Trump could fire the FBI director and others at any time.

“In fact, not only did he allow Mr. McGhan to cooperate, he allowed 20 White House officials to testify, including eight from the White House Counsel’s office,” Steube said.

Gaetz spent much of his time seeking to discredit Dean as someone who has created a “cottage industry out of accusing presidents of acting like Richard Nixon”, and at one point went off on a chain of thoughts that included Democrats proposals for Medicare for all, Ouija Boards, ghosts, why Democrats, in his view, want to impeach Trump, “That ’70s Show” and political props.

“Instead of opening an impeachment inquiry into Donald Trump, which is what the chairman wants to do and what I presume the majority of Democrats want to do, we’re here re-opening the impeachment inquiry potentially into Richard Nixon, sort of playing out our own version of ‘That ’70s Show’ and what I really regret is you are here as a prop. You are functionally here as a prop because they can’t impeach President Trump because 70 percent of Democrats want something that 60 percent of Americans don’t,” Gaetz said.

“We have a false accusation against the President of the United States, that he was an agent of Russia. My colleagues on the Democratic side made that accusation,” Gaetz said.

McQuade and Vance offered much of what the Democrats appeared to seek: the opinions that the Mueller Report clearly offers evidence that Trump appeared to get witnesses in the Russian interference investigation to say or not say specific things, or to create false documents, under threats of firings or offers of pardons, usually made through third parties, and sometimes made through tweets.

“He committed at least four acts of obstruction of justice,” McQuade said.

Dean offered the opinion that Trump’s pattern of behavior may be worse than Nixon’s.

Malcolm repeatedly pressed the point that Trump had the legal authority to do everything he did, and he agreed with Republicans’ assertions that what others considered threats or pardon offers were really just the President blowing off steam, and that his staff and others who worked with him fully understood that. That’s probably why many of his demands that could potentially have been considered obstructions of justice were ignored, Malcolm offered.

Yet Malcolm, when pressed for details by Republican U.S. Rep. Jim Jordan of Ohio, did not quite give answers Jordan appeared to be seeking. Malcolm said yes, if a President threatened firings or pardons with criminal intent, even if there was no follow through, and even if there was no underlying crime to cover up, it still could be considered criminal obstruction.

previousUber rolls out e-scooters in Tampa