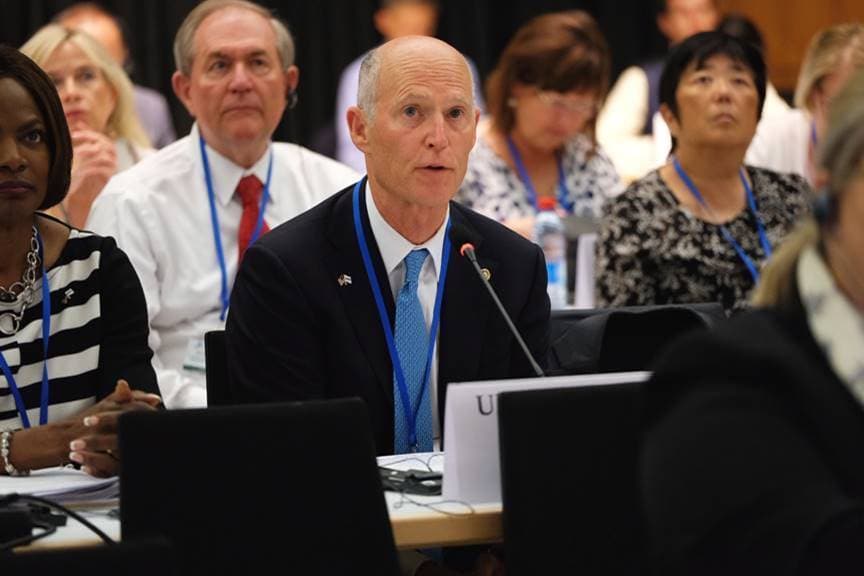 “I saw the death, hunger and poverty up close.”

Scott has been busy. He spent the past week attempting to rally global support against Nicolás Maduro’s regime.

As of today, Maduro still sits on top of an incumbent power structure that many countries believe is illegitimate. The United States recognizes Juan Guaidó as the true president of Venezuela.

However, polls suggest Venezuelans believe Maduro is the real president and want him removed by election.

Still, Scott is asking that other nations join the outcry to support freedom in Venezuela and end the humanitarian crisis caused by Maduro’s actions, which Scott describes as the worst in the history of Latin America.

“Right now in Venezuela, Nicolas Maduro’s ongoing acts of terror against his people has led to one of the worst humanitarian crises in Latin American history,” Scott said.

“We cannot allow this evil to continue, and the United States is committed to doing everything we can to end Maduro’s ruthless regime. I know you share this belief as well.”

The letter concluded by asking Borrell to use his voice within the EU to encourage other nations to impose sanctions.

During Scott’s address, he asked European nations for their support in bolstering Venezuela’s democracy. In a heartfelt speech, Scott said:

“This is a defining human rights issue of our time. Nicolás Maduro is starving his own people. Innocent people are dying.”

Scott asked that the global community set differences aside for “the common good” and offered his support as a resource.

This comes after recent reports that Scott asked Secretary of State, Mike Pompeo, to lead a delegation of EU representatives to the Venezuelan border to see the crisis themselves.

Scott, who has been to crisis areas of Venezuela, said: “I saw the death, hunger and poverty up close.”

He requested EU nations impose sanctions on Maduro that he hopes will cause enough economic pressure to create an opening for democracy.

previousFlorida's economy is primed for growth, a new report suggests

nextMiami-Dade’s monorail proposal could be a game changer