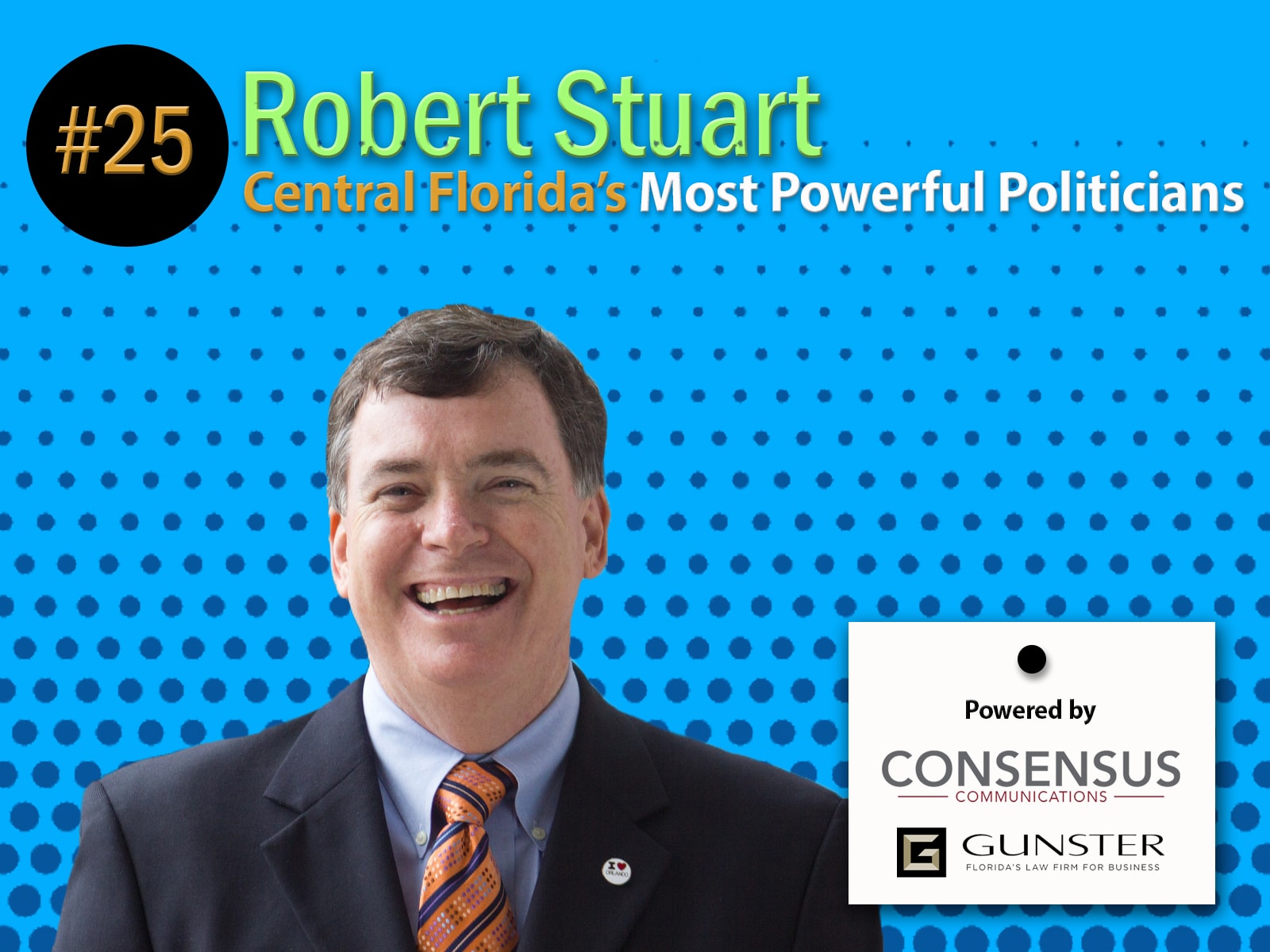 Sometimes power, influence, and political respect can come just from being there long enough, offering consistent and compassionate presence and commitment over time.

Orlando City Commissioner Robert Stuart has never been the kind of front-and-center leader seeking attention for himself or a following he could lead.

But as a lifelong Orlando city resident, as well as a key — but not necessarily highest-profile — member of the broadly influential Stuart family and a fixture for decades in Orlando human services organizations, Stuart has long been a steady and steadying presence and a voice of compassion in Orlando politics.

Mostly because of that, Robert Stuart ranks as the 25th-most powerful elected official in Central Florida, in Florida Politics’ debut survey.

This places him as the only non-mayoral official from any regional municipality to make the list of Central Florida’s Most Powerful Politicians.

“Commissioner Stuart brings years of experience as a resident, businessman, and nonprofit leader to the City Council. It is this mix of experience and his pragmatic approach that makes him the statesman he is,” said Dana Loncar, a public affairs specialist with Consensus Communications.

Stuart, 65, a Democrat in a nonpartisan office, was first elected to the Orlando City Council representing District 3, in north-Central Orlando, in 2006. He has been re-elected three times, most recently in a tight, hotly contested race in 2017 against an opponent who had been dubbed as a rising new star in Progressive Democratic politics, Asima Azam.

“If somebody is looking for power, you don’t do what I do,” Stuart said with his trademark sense of humility. “I was taught by my parents you just go and serve. If you serve well and you serve honestly, you gain influence, and as you gain influence, you work for the betterment of the community.”

Stuart has been an ally, supporter, and friend of Orlando Mayor Buddy Dyer as the two have served together in City Hall for 13 years now. That reign has fueled and diversified a dynamo city economy with Lake Nona Medical City and Creative Village, redefined downtown with new venues and a sustaining entertainment district, raised Main Street centers all over town, and improved transportation with the long-sought commuter rail system, SunRail. That certainly has helped Stuart’s base, as Dyer has formed a dynasty at Orlando City Hall.

But Stuart has never been about the big infrastructure landmarks.

For 24 years he has run, as executive director, the Christian Service Center in Orlando, providing services to low-income, hungry, and displaced residents, and his commitment to that and like organizations goes back decades more. He has been at the forefront addressing such human issues as homelessness, poverty, affordable housing, and aging, as well as being deeply involved in matters ranging from historic preservation to Little League to the Central Florida Fair.

As Orlando enters its next phase of evolution toward Dyer’s dream of a World-Class City, Stuart’s towering presence and commitment also provide another key to power: institutional memory. He knows all the players, historically and currently. He knows the maneuvers, successes (and failures) over the decades. The next battle will be for transportation money, a campaign launched by Orange County Mayor Jerry Demings, that, to succeed, will have to avoid the mistakes of the last effort, Mobility 20/20, of 2003. New blood and new ideas are always important.

Experience and old values count too. Stuart has those.

On the Orlando City Council, he’s a key member of the finance committee, battling for human services attention and dollars.

“When someone says a project is the most important project we can be doing in Central Florida, and I have to leave there and go feed 300 people that day, it keeps things in perspective,” Stuart said. “Everybody has their own role to play.”