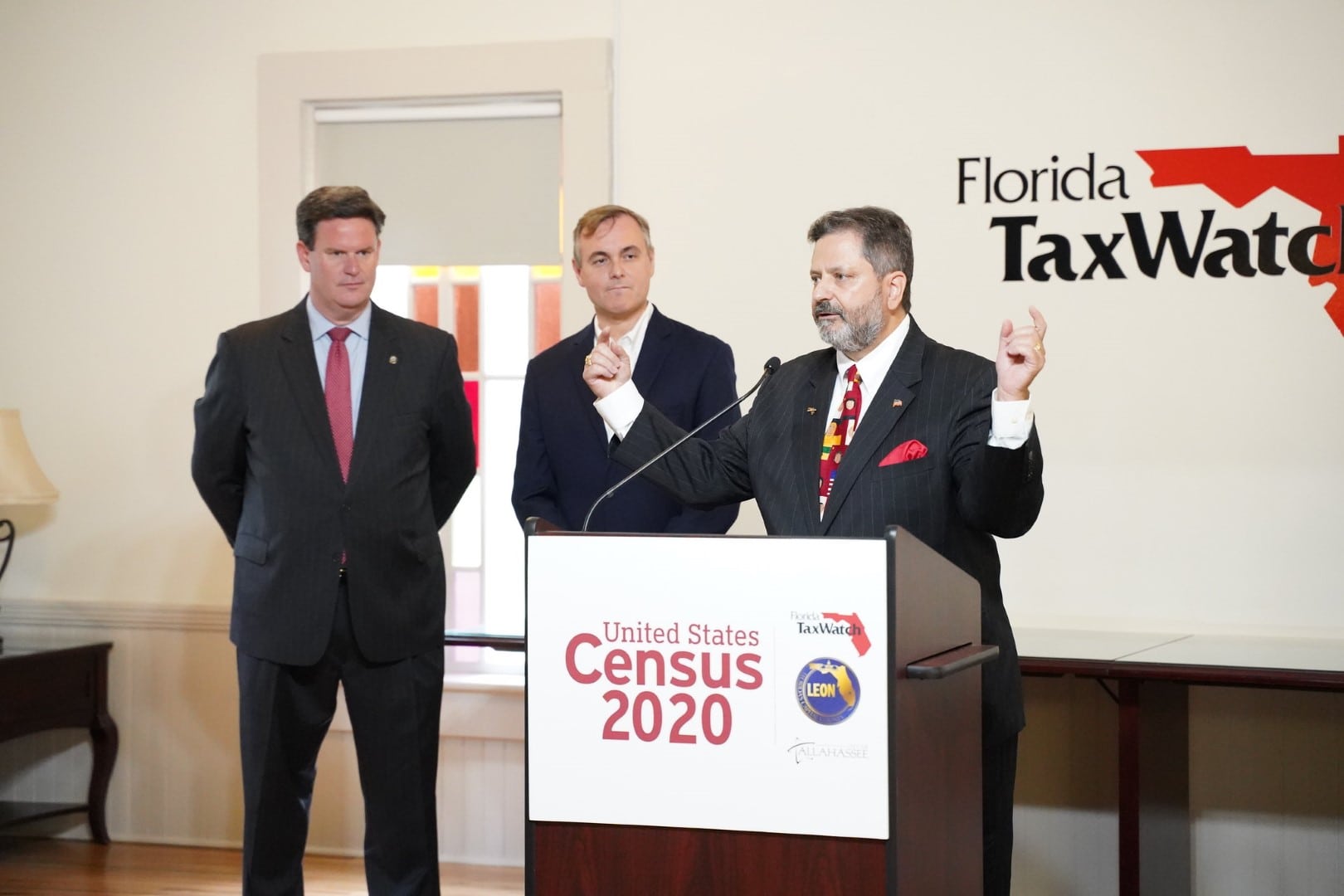 In recent months, the Donald Trump administration’s attempts to include a controversial citizenship question on the 2020 U.S. Census have irked Florida Democrats, who fear such an inquiry could lead to an undercount of the state’s population.

A recent ruling by the U.S. Supreme Court that blocked the citizenship question from next year’s survey hasn’t quelled critics’ lingering concerns, especially after Trump refused to back down from the legal battle.

But Dominic Calabro, president of business-backed Florida TaxWatch, said he isn’t worried about which items appear on the questionnaire.

His focus remains on getting communities to participate in the count, Calabro told reporters at a press conference Wednesday.

“I think it is ultimately a community-based issue, because when you get right down to it, who knows the communities? It is not the state agencies, it’s the communities,” he said. “It all happens at the local level.”

Florida Democrats, however, have continued to warn that an undercount is a possibility in a state with a large population of immigrants. They’ve pushed Gov. Ron DeSantis to approve a statewide committee to make sure all residents in Florida are counted. But that effort has gone nowhere.

“I am disappointed in the governor’s attitude toward ensuring a complete count in Florida for all of our citizens,” said Sen. Janet Cruz, a Tampa Democrat. “We have to put politics aside — protecting resources for Floridians is not exclusively a federal issue and it shouldn’t be treated as such.”

An inaccurate count could have an impact on the distribution of political power in Congress and the state Legislature for the next decade.

And an inaccurate census could cost Florida billions of dollars in federal funding that flows to the state for programs such as Medicaid.

“Florida consistently gets shortchanged on federal funds to the state of Florida, because we use old, outdated census data. So, money is being sent to states where Americans no longer live,” Calabro said.

DeSantis maintains that the census is a “federal issue” and not one that the state should be involved in.

According to the National Conference for State Legislatures, however, states can play a role in making the 2020 Census a “success” by funding outreach campaigns and creating “Complete Count Committees” or commissions.

The city of Tallahassee and Leon County have each allocated a total of $20,000 for a public outreach program meant to encourage participation in areas that historically do not have a complete census count, according to Tallahassee Mayor John Dailey and Leon County Commissioner Rick Minor, who attended Wednesday’s press conference.

“Our goal across the state, I believe, is to put together a robust system so that each community in the state as a whole is properly counted,” Dailey said.