Kenwood's Elements on Third to break ground on its finishing touches 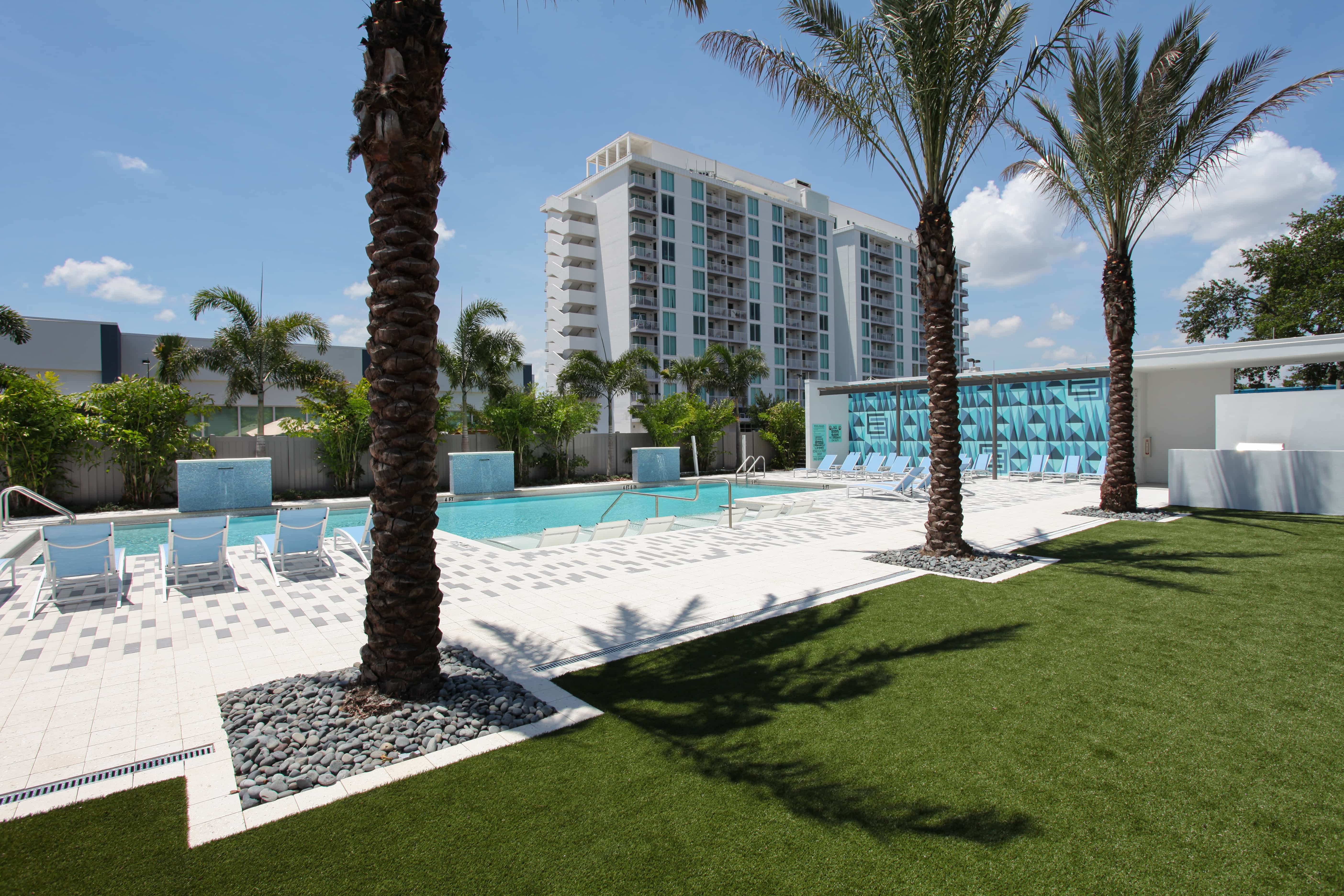 Owners of the Elements on Third apartment home complex are preparing to break ground on the third and final phase of construction on the 10,000 acre campus.

Coral-based Altis Cardinal Founder and Principal Frank Guerra said he expects to break ground in the next two months on a new leasing center and second gym as well as a six-story and four-story residential complex at the site where industrial office space used to dot the blighted property.

Nearly 400 of the total 429 planned units are already done.

The project is a big deal for the Historic Kenwood neighborhood for which it’s a part of.

Before Guerra’s development firm scooped up property in 2015, the area where apartments are now opening or under construction was once a hotbed for crime. St. Petersburg Police officers were called on a daily basis to the site of the Mosley Motel on 34th Street North near Fifth Avenue — sometimes multiple times a day.

Since Mosely shuttered, there have been just 35 calls for service to the same site, according to the city.

For years, vagrants and drug addicts calling the Mosley home spilled into the neighborhood and caused trouble. Neighborhood leaders worked with St. Pete City Council and fought the previous owners in the city’s nuisance abatement program worried about the steady flow of drugs and prostitutes.

But Altis came in and purchased loan documents on the troubled property, formerly owned by Michael Shimshoni, and worked its way through foreclosure proceedings to acquire the property. They also scooped up the land behind the hotel including a 12-story building that’s filled with modern apartments catering to young singles and couples.

The Elements on Third isn’t the only reason for a reduction in crime at the site. Next to the property there’s also a new SPCA veterinary center and the old Circle K gas station on the corner went through a multimillion dollar renovation turning it from a run-down convenience store with old pumps to a 7-Eleven with tougher corporate oversight to push out troublemakers.

Guerra said many of the apartments are built with younger residents eager for urban living in mind and assume some people will be looking for rental units appropriate for roommates.

“There are split plans where each bedroom has access to their own bathrooms,” Guerra said. “It’s intended for just that where you have two people who say ‘we pay less overall rent if we split it than if we each rented a one-bedroom apartment.”

The apartments are located within walking distance to the Walmart Supercenter for groceries, restaurants, bars and retail on Central Avenue and residents can easily access the Central Avenue Beach trolley for easy public transportation to west St. Pete or the Gulf Beaches.

Guerra said the city of St. Pete is also working with consultants to design a more walkable street scape connecting the residential apartment community to Central Avenue. That plan, he said, would draw pedestrians and cyclists off of the busy, and dangerous, 34th Street corridor, and push them onto the more appropriate 31st Street.

Each of the complex’s buildings are named, loosely, for an element. The tower is called “Sea Glass,” after its green glass windows. The four-story buildings showcasing wood exterior are appropriately named “Wood Lofts.”

The two three-story walk-ups painted yellow are “Sunshine Lofts” and another four-story building, made of renovated steel, is home to “Steel Lofts.”

The entire campus is enclosed, creating its own internal community with a gym, soon to be two, clubhouse, pool and pet grooming center.

Guerra expects the entire project to be completed next fall.