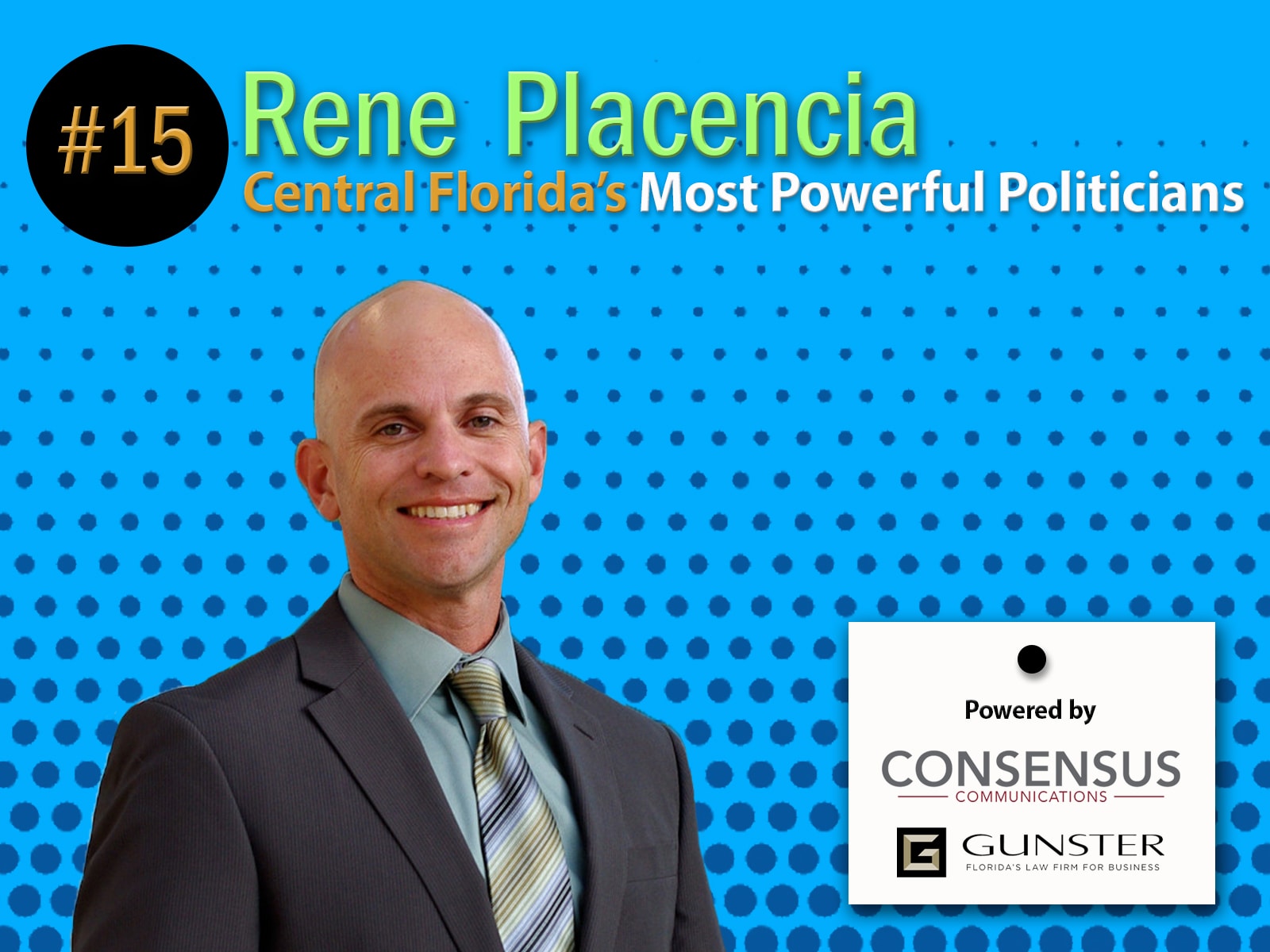 Often the best efforts involve legislative skills that don't show up in the box scores.

In a county that has trended so blue in recent years that elected Republicans are increasingly becoming an endangered species, Republican state Rep. Rene Plasencia has managed to solidify his position as a lawmaker who can speak to broader, nonpartisan concerns without compromising his conservative values.

And often those efforts involve legislative skills that don’t show up in the box scores.

Plasencia, 46, the Florida House member for House District 50, is ranked as the 15th most powerful elected official in the first-ever Florida Politics Central Florida 25 most Powerful Politicians survey.

Someone needed to prevent Medicaid cuts to children with autism. Plasencia engineered a proviso in the budget bill requiring autism services reimbursement rates to remain unchanged for another year.

Plasencia is a former public high school teacher, and for several years he has been a go-to for Republican colleagues who want to better understand issues ranging from funding to testing. And he has been known to have influences that have averted some of the more radical proposals and built support for more public education funding.

And as chairman now of the Workforce Development & Tourism Subcommittee, Plasencia is learning to wield power over issues ranging from job training to VISIT FLORIDA authorization, two issues critical to Central Florida’s economy. It’s the kind of influence that can be developed over three terms in the House, as Plasencia has now.

And there are bills which come to his committee that he embraces so much he clears paths elsewhere. An example was HB 563, sponsored by freshman Democratic state Rep. Dottie Joseph of North Miami, to clear the way so that victims of domestic violence could flee dangerous situations including having to abandon jobs without losing eligibility for unemployment compensation.

Freshmen minority party members usually don’t get much help. Yet Plasencia saw this bill as the right thing to do and said he not only cleared a path in his committee but talked to other committee chairs about doing likewise. Gov. Ron DeSantis signed it into law in early June.

“There’s so much more you can accomplish, not running bills, but making sure the right bills get through or making sure that something is happening in a state agency, you can push the needle in whatever direction it needs to go,” Plasencia said.

In particular, Plasencia sees his chairmanship of the Workforce Development & Tourism panel as rich with possibilities. Like many lawmakers, he is envisioning and concerned about a future in which automation, from McDonald’s counters to manufacturing, maybe supplanting jobs. Yet Florida also is facing labor shortages in many fields. He wants the committee to take that head-on.

There’s also VISIT FLORIDA, not well-liked by House Republican leadership, but valued by committee chair Plasencia. He applauded the fact that it was reauthorized, against some long odds, for this budget year. He said he wants to support a five-year reauthorization next year.