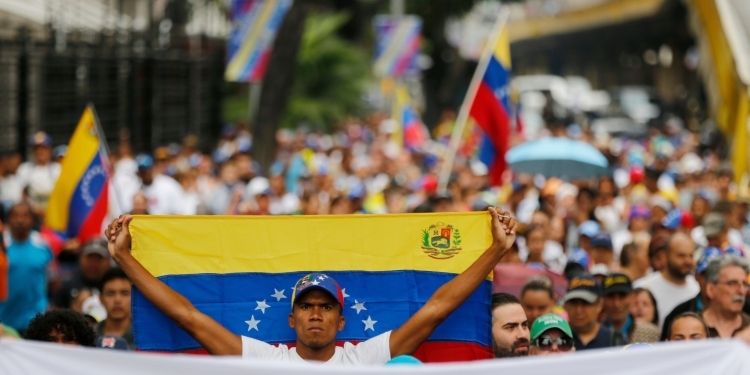 “Despite this setback, we cannot abandon the fight for Venezuelans."

U.S. Sen. Mike Lee of Utah has blocked an effort to approve Temporary Protected Status (TPS) for Venezuelans after TPS legislation was approved by the House on Friday.

According to U.S. Sen. Marco Rubio of Florida, who has filed a TPS bill of his own, the Senate is scheduled to break for six weeks without approving the measure.

U.S. Sens. Dick Durbin of Illinois and Bob Menendez of New Jersey pushed for the unanimous consent measure Tuesday. But Lee objected to the move.

That move has earned a rebuke U.S. Rep. Donna Shalala, who supported the House bill.

“For years now, Republicans have been wrapping themselves in the Venezuelan flag and claiming to be champions for the restoration of Venezuelan democracy, yet at virtually every opportunity to help the Venezuelan people, the Republican leadership in the Senate, House, and Administration consistently let them down,” Shalala said.

“Despite this setback, we cannot abandon the fight for Venezuelans currently in the United States. Temporary Protected Status is the best option we currently have to prevent the return of these individuals to a country embroiled in the worst humanitarian crisis in the history of the Western hemisphere.”

The House voted 272 to 158 to approve the bipartisan measure. No House Democrats voted against the bill. But Democrats were joined by 39 Republicans who voted in favor of the measure.

Despite the measure earning Republican support in the House, the Florida Democratic Party (FDP) blasted Republicans for Lee’s decision to hold up the bill in the Senate.

“The real story is that Republicans are paying lip service to the Venezuelan community, and while the time passes, Venezuelan asylum-seekers are being detained and deported from the United States to a precarious situation,” FDP Chair Terrie Rizzo said.

“Venezuelans wish to stay in the United States in safety, but inaction from the Republicans are not allowing them to do that.”

Rubio told the Miami Herald that the bill will likely not see a full vote from the Senate prior to their six-week break.

“Not this week, I don’t anticipate movement on it,” Rubio said. “We have 17 votes already scheduled this week, a bunch of nominees, the spending bill, the veto override. The votes this week have already been scheduled.”

Venezuela has been dealing with turmoil after the contested re-election of Maduro. The U.S. and several other nations have backed the Venezuelan opposition leader Juan Guaidó as the country’s rightful President. But so far, no transition of power has occurred.

In addition, Venezuela has dealt with sky high inflation, and residents face shortages of several basic necessities. Multiple journalists, including Americans, have also been detained at various points by the Maduro government in the face of critical reporting.

Members of the Florida delegation in the House, including Republican U.S. Rep. Mario Diaz-Balart, urged the Senate to act on the measure. While the bill could be approved by the full Senate, it appears that will have to wait until Senators return in September.