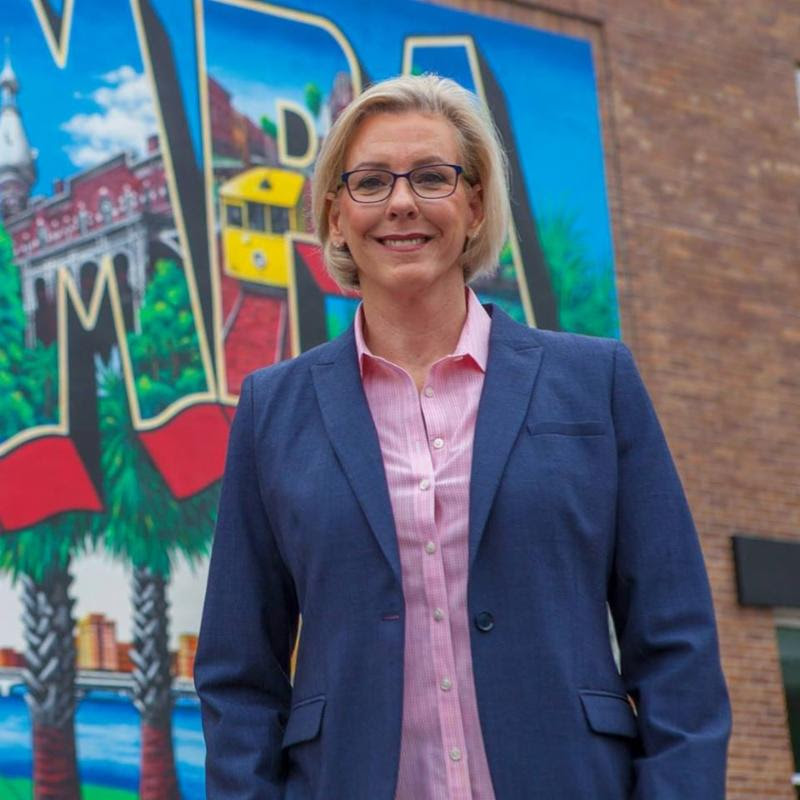 Castor would also not dip into reserves.

The theme reflects Castor’s optimism during her early months of her administration, she said.

“Our city has a bright future that will be defined by the work, hopes, and dreams of our residents who call Tampa home. I am committed to ensuring that all neighborhoods participate in our city’s bright future,” Castor wrote in a budget summary to City Council.

In her presentation, Castor celebrated the continued economic recovery since the Great Recession plagued the budget in 2008. The city has enjoyed 13 credit rating upgrades since 2011, despite tight budgets and necessary cutbacks and property value in the city has increased seven years in a row.

But it took Tampa 11 years for the city’s property tax revenue to meet its 2007 levels, only reaching that benchmark in 2018. In all Castor’s budget team estimates the city lost $500 million in tax revenue, interest earnings and other tax revenues over the past decade.

The slow recovery is due in part to the state’s Save Our Homes law that limits the amount of increased property tax revenue the city can collect on rising property values to 3 percent.

The overall budget includes nearly $436 million in the general fund, $348 million in the enterprise fund and $140 million for miscellaneous other government services. Smaller buckets are divvied up among fiduciary, grants internal services, debt service and utility tax service.

The general fund receives about half of its revenue from property taxes with another 21 percent coming from intergovernmental revenue and 11 percent from service charges. Other revenue sources include license and permits, transfers from other funds, fines and forfeitures and other taxes.

Of the $436 million general fund, 62 percent is spent on public safety with 14 percent going to parks and recreation, 11 percent to central government operations, 9 percent to economic development and 4 percent to public works.

But the area most Tampa residents are watching this year is the city’s transportation spending.

It includes just $4.2 million for road resurfacing projects; a sliver of the city’s overall need.

“We need that All For Transportation funding,” Castor said.

She didn’t directly mention the legal challenge facing the voter-approved 1 percent sales tax for transportation and transit projects, but Castor has lamented the lawsuits seeking to overturn it before.

The revenue would triple Tampa’s funding sources for transportation projects over five years.

The All For Transportation citizen group behind the tax put that into perspective on Facebook.

“Voters made a clear choice in November through a historic investment to address the condition of our roads, making our streets safer for bicyclists & investing in real options,” the group wrote on Facebook.

“Now, the current situation is serious: Obstruction by Politicians and Special Interests is blocking voter’s priorities for safer roads, shorter commutes, and transit alternatives. Every day delayed is a day where lives are at risk.”

Castor’s proposed budget also includes $13.8 million for stormwater improvement projects, $52.2 million for water and wastewater capital infrastructure improvements and $2.1 million for the solid waste department including funding for route optimization and a new computer management system that would save the city money over time.

It also includes nearly $4 million for parking services and infrastructure.

A complete look at Castor’s detailed budget is on the city’s website.

Tampa City Council is expected to take a final vote on the proposed budget Sept. 17. They have until then to consider changes.

previousBusted: New tech aims to take a bite out of homestead exemption fraud