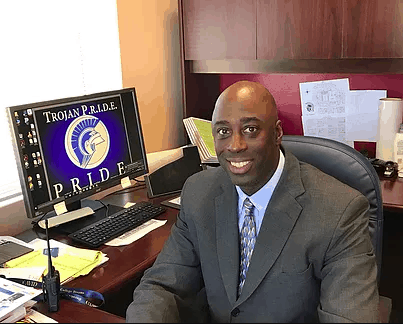 The U.S. Department of Education opened a federal inquiry into a Manatee County charter school.

Federal agents confirmed to the Manatee County School District this week that they have started an investigation at Lincoln Memorial Academy.

Chris Hessberger, a special agent with the Department of Education, sent an email asking for the school district’s cooperation. “Thank you for your assistance in this matter,” he wrote.

District officials plan to do just that. “The School District of Manatee County will cooperate fully with the Federal Government with their investigation,” reads a statement from counsel.

“After careful consideration and appreciation for the events of the past several years and with specific interest in obtaining the peaceful resolution of the issue of my leadership at LMA, I am stepping down from my position as principal, effective immediately,” reads a letter submitted by Hundley, as reported by the Bradenton Herald.

Manatee County’s School Board voted to take over the charter school in the midst of the struggles. The school district and charter school leadership had long been at odds over fiscal and personnel management at Lincoln Memorial.

Hundley gave a statement to WFLA criticizing the school district’s attempted takeover of the school. Then, the former CEO said the action was an example of “unjust, unfair and overreaching actions against Lincoln Memorial Academy and the community it serves.”

A letter from the Department of Education to Manatee Schools counsel Mitchell Teitelbaum said the federal government will investigate Hundley, the academy and Chief Financial Officer Cornelle Maxfield.

The investigation will look into potential instances of bribery, embezzlement, mail fraud, wire fraud and attempts to defraud the U.S. government.

The district has been asked to provide federal investigators with Lincoln’s charter school application and information on all board members. Personnel files on Hundley and Maxfield must also be turned over.

A breakdown in state, federal and local funding for the charter school will also be investigated, including where all that money was dispersed.

The letter to the district also alludes to refund checks, and looks for an inventory on all electronic equipment paid for by the district but used at the school.

Notably, the letter focuses on finances for the school.

“It is unacceptable that Mr. Hundley continues to be employed as an educator. I wholeheartedly support action by the district to rectify this situation by making every effort to have Mr. Hundley relieved of all responsibilities with Lincoln Memorial Academy,” Corcoran wrote in a letter to the school.

The school district itself raised alarms at Hundley’s handling of a teacher under investigation for misconduct. Instructor Quentin Peterson left Lincoln amid accusations of misconduct. But he applied for a job in the neighboring Sarasota County school district and got a job with Hundley’s recommendation. He was later arrested for possessing child pornography.