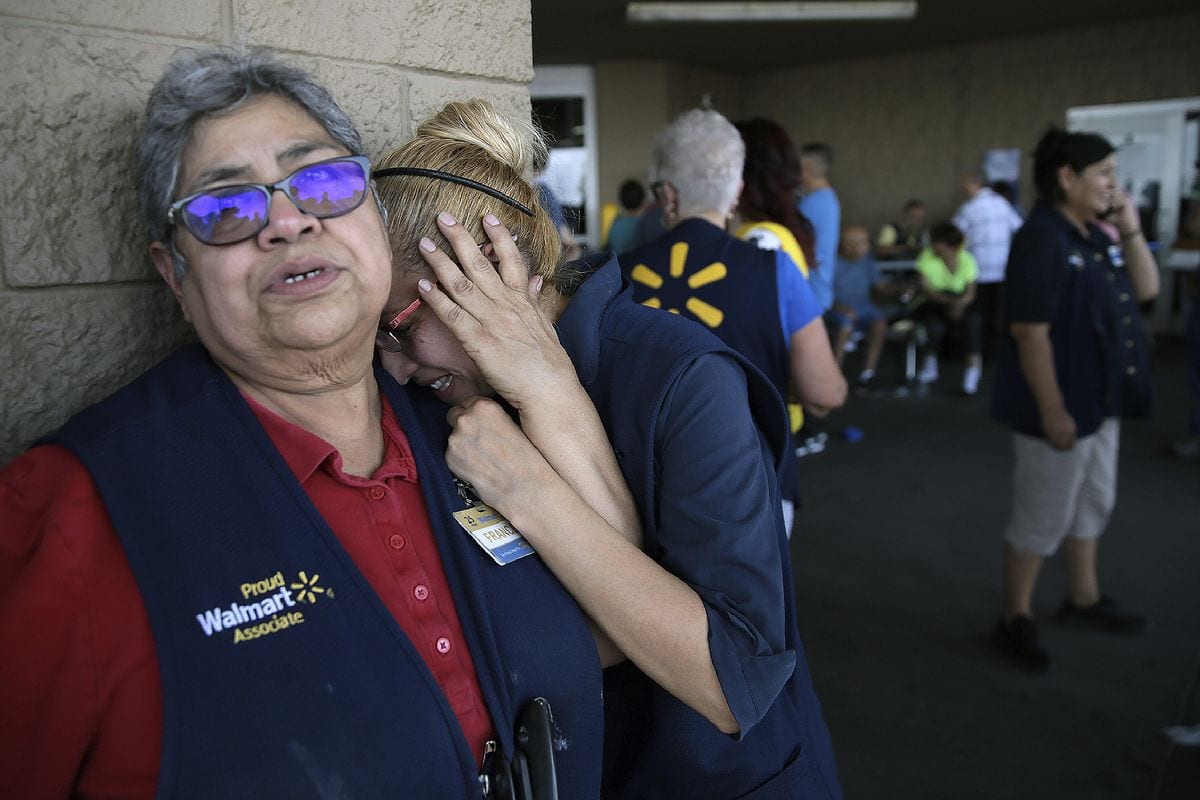 It's difficult and sad to admit, but I am afraid.

David Bishop, a friend who is a veteran Republican political consultant, asked on Twitter after news broke about the massacres in El Paso and Dayton:

Unfortunately, I’ve known for some time that the answer is “Yes,” especially for those of us living in Florida, home to Wild West laws like “Stand Your Ground.”

It’s difficult and sad to admit, but I am afraid. I am afraid to leave the safe confines of our castled home in our relatively safe neighborhood.

I realize this is ridiculous. The crime rate is at an all-time low. And were a crime to be committed in my neck of the woods and I called 9-1-1, the response from law enforcement would likely be swift and to-the-point.

But it’s not being mugged that I’m afraid of. It’s of being shot by Florida Man as part of some road rage incident. It’s of being killed because I’m simply in the right place at the wrong time.

I’m afraid of the toxic masculinity found in so many unhappy men. I’m afraid of the bravado and machismo that is forced into display because too many men are disappointed with their station in life.

Listen, I may be a house cat now, but there was a time when I had my claws. I was probably one of the worst of them. For my first three decades on this earth, I had such a chip on my shoulder about so many issues that it didn’t take much for me to raise my voice or my fists.

But the worst that would have happened to me 15 years ago after I mouthed off to someone I shouldn’t have would be a black eye or split lip. Nowadays, you can end up justifiably killed if you try to stop someone from doing something they shouldn’t be doing, but the other side thinks their life is in imminent danger (see: Markeis McGlockton).

And all of this is because we have a culture that worships guns. All guns. And all that goes with the mythology of guns.

Everyone and everything is weaponized.

And, increasingly, I don’t want to cross the threshold of my family’s bubble into this society. But if I don’t leave, am I a prisoner in my own home?

That’s what was so amazing about our recent vacation to Europe (here’s where I wait for you to groan in disapproval as you realize you are reading another missive from a “coastal elite” idolizing the Old World over the New.)

Why did I feel more free in London than I ever did in Manhattan?

Because I didn’t have to worry about who was armed and who wasn’t. Waistbands didn’t bulge where not-so-concealed weapons lay in wait.

Think about it: The traffic in London is really intense, especially near where we were staying in the financial, touristy part of the city. It’s intense in that stereotypical big European city way in which street lanes are more suggestions than anything else … where motorcycles and scooters are in wide use and are constantly cutting through traffic.

Admittedly, I would not be able to get around in it. I’m used to my big Chevy Suburban and my wide American lanes. Nor probably would you. Drivers are constantly cutting each other off. Their cars are centimeters away from each other.

Of course, in a city of 8.8 million resident, I am positive there are daily incidents that — if I lived in London — I would read about. But after two trips to London, I didn’t see it. I read all of the British newspapers while I was there and I didn’t read it. But that is beside the point; I’m sure shit happens.

My point is, even if something does happen, it’s not backed up by a concealed Glock or a shotgun or a .38 special tucked away in a purse.

And so they’re not driving around in fear.

They’re not afraid, as my friend above wonders, about going to the mall or the movies or to a school.

Unfortunately, I don’t know how to put the genie of 300 million guns back into the bottle. And so it will probably be another day where I don’t venture too far from home.

previousFlorida organizations and politicians respond to mass shootings this weekend