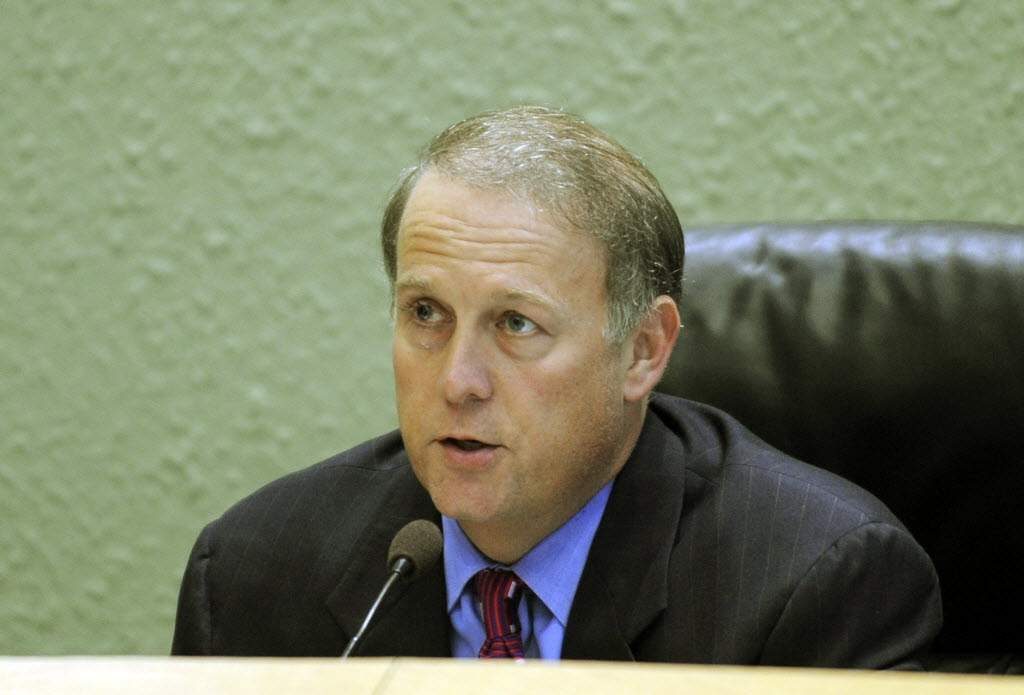 Hillsborough Commissioner Ken Hagan told his counterparts Wednesday he wants to move forward with plans for a new Tampa stadium in Ybor City — even without 81 Tampa Bay Rays home games.

County insiders say the commissioner is so committed to a new publicly-subsidized ballpark he wants to build a fourth Hillsborough County stadium even if the Rays aren’t ultimately a part of it.

Rays owner Stuart Sternberg announced a proposal in June to split the team’s regular-season schedule between Florida and Montreal since he saw no financially-feasible full-season stadium options in Tampa Bay. After three years of negotiating with Hillsborough County, Sternberg indicated the region just never come close to meeting his expectations.

Hagan said Wednesday he thought the county should move forward with creating a taxable entertainment district in the growing Ybor area to fund a future stadium that may — or may not — play host to half a season of Major League Baseball games. Food, drinks, and property within the district could all be taxed at a higher rate to help fund the facility.

“This would not necessarily be created for the purpose of being the Rays’ next new home, but would certainly put us in an enviable position when those discussions occur,” Hagan said.

The “if you build it, they will come” approach on a Major League Baseball park is a familiar one in Tampa Bay; the less-than-ideal location of Tropicana Field was due to St. Petersburg’s rush to build a baseball stadium in 1990 before it had the commitment of an expansion franchise. It wasn’t until 1998 that MLB granted one to the region.

However, Hillsborough County is already paying for three other professional stadiums and doesn’t appear to have existing tax revenues to fund a fourth.

So Hagan is looking at creating new public revenue streams, even though he told the board Wednesday “no new public money” would be used to fund a stadium. He indicated it would be smaller than the Rays’ estimated $892 million price tag, and could play home to baseball, soccer, and other events.

Nine years ago, Hagan repeatedly said he didn’t support any public funds for a new stadium, but his stance changed over the years as it became clear a new ballpark for the Rays would require substantial public money.

The desire to subsidize Ybor City

When Sternberg announced the Rays were no longer considering an Ybor City stadium in late 2018 after three years of negotiations, several Hillsborough commissioners who had supported the talks said it was time to move on.

But Hagan wanted to continue the Ybor efforts.

WTSP revealed how he shifted planning resources — and expenses — from the county center to the Tampa Sports Authority (TSA), where he had more board support. The agency is funded in part by county and city tax dollars.

For the last eight months, Hagan and outside attorney Irwin Raij have played a key role in continuing to try and make Ybor stadium subsidies happen — even if a half-season’s worth of games was the best Hillsborough could hope for, even as the county is currently prohibited from negotiating with the Rays.

Tax breaks and other public subsidies are typically used to stimulate areas that need government help to revitalize. But Ybor City has enjoyed a revival on its own in recent years and wasn’t even included in an initial list of federally-designated “Opportunity Zones” eligible for development-related tax breaks.

The city and county later worked to get the Rays’ desired ballpark area included.

However, Hagan’s ties to Ybor go beyond baseball; last November, WTSP-TV reported secret conversations he was having with Ybor City developers who would later contribute to his campaign. When he was asked for public records related to the ballpark planning, he failed to turn them over.

Hagan told the commission on Wednesday the primary goal of the new stadium would be to keep the Rays in Tampa Bay for the long-term and he wasn’t “married” to Ybor City and that “we … would consider other sites.”

But it doesn’t appear the county has performed any kind of study or analysis regarding the best use of public subsidies or the best way to accomplish its goals in Ybor City. Two commissioners told Florida Politics that Hagan has been driving the conversation on his own.

St. Petersburg city officials confirm that the city is once again investigating whether the Rays have violated their contract by talking to other municipalities about leaving Tropicana Field before the expiration of the existing deal in December 2027.

Raij told county commissioners Wednesday he had spoken with the Rays but didn’t cross the line of tortious interference because he wasn’t “negotiating” with the team.

“We can speak to the Rays; we can’t negotiate with the Rays — and there is a difference,” Raij said, adding he was not currently engaged with the team.

A spokesman for St. Petersburg Mayor Rick Kriseman said the city’s legal department is reviewing all of the comments made at Wednesday’s meeting.

The city also conducted a lengthy legal review following Sternberg’s June comments and a Florida Politics story that revealed the team had been talking to Montreal about shifting home games away from Tropicana Field before 2027.

Kriseman and Sternberg have met twice in the last month to discuss the team’s split-season pitch, but little progress has been evident, as the city expects the team to make concessions of its own in exchange for the loosening of its contract.

Raij, who has billed the county nearly a million dollars for his services since 2014, said Kriseman has not been willing to allow Hillsborough to have its own formal meetings with the team since its three-year negotiating window expired last December.

Hillsborough Commissioner Mariella Smith warned Wednesday the county is “threading a needle between landmines” with regards to legal exposure as it continues to talk to the Rays without permission from St. Petersburg.

Commissioner Pat Kemp also expressed concern about St. Petersburg’s threat of tortious interference if Hillsborough continues to talk to the Rays without permission.

County Commission Chair Les Miller repeatedly defended the Hagan and Raij efforts, while Hagan called St. Pete’s warnings “bogus threats,” saying “there is no risk” to talking with the Rays as long as they don’t negotiate about a specific stadium on a specific site.

Hagan also sent more shots across the bay toward Kriseman, criticizing him as an obstructionist.

But a spokesman for Kriseman said the commissioner was “failing to remember Mayor Kriseman’s regional leadership on this issue” that granted the Rays a three-year window to talk to Hillsborough in the first place back in 2015.

previousEnergy choice amendment gets signatures, but success is still a long way off

nextTina Polsky pulls in $6,500 in July — thanks to Disney, beer