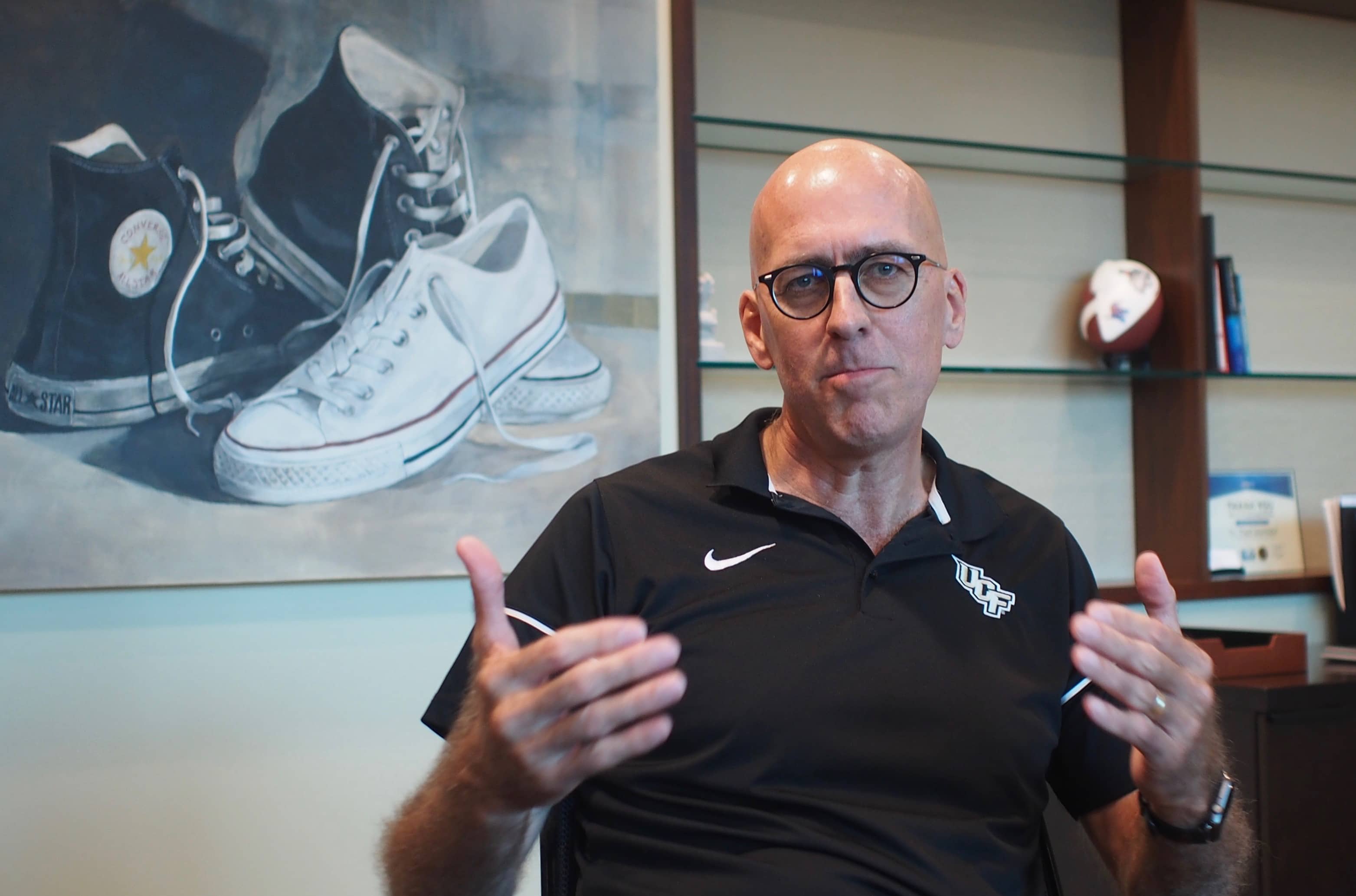 Seymour speaks about his mandate and vision for UCF

Last winter, the University of Central Florida plummeted into scandal and collapse of public and political confidence, costing one president his job and another his legendary reputation.

So no one was surprised when the university’s beleaguered Board of Trustees put someone in charge temporarily. Expectations seemed pretty much limited to arresting the collapse and restoring enough political trust that the next full-titled president, the next real president, wouldn’t have to start in crisis mode.

Six months later Thad Seymour Jr. still wears the title “interim president” and likely will continue to do so for another six months, perhaps longer. Yet Seymour is no one’s caretaker intent only on holding the university steady for the next man or woman.

“It’s not a placeholder or a standstill role at all,” Seymour said in an interview with Florida Politics.

In the spring the UCF Board of Trustees put a delay on a formal process to find the next president, though it might reopen that search at its Sept. 21 meeting. Meanwhile, the board’s message to Seymour seemed to be: Fix things but don’t get too comfortable.

The University of Central Florida, like any major university, is too dynamic to be put in neutral. So, too, are the outside pressures that set the stage for the scandal.

Under such pressures, UCF’s top executives, starting with legendary President John Hitt, realized they could no longer count on Tallahassee support for their seemingly unending growth ambitions.

For at least five years Hitt and his finance guru Bill Merck found ways to move money around to build things the state had not approved. Hitt retired June 30, 2018, after 26 years, just before scandal broke. After it broke, his successor, President Dale Whittaker, who had been Hitt’s provost, was unable to adequately convince enough people that he had never been a part of the illegal plans. So Whittaker had to go, after just eight months at the top.

Enter Seymour, 64, whose background was mostly in business. Seymour had joined Hitt’s team in 2015. He led UCF’s effort to create a downtown campus, which opens next week. He then became UCF’s vice president for partnerships and chief innovation officer. Yet he was never viewed as one of Hitt’s inside players.

This fall UCF expects more than 68,500 students, about the same as last year. That enrollment had more than tripled under Hitt, continuing steeply upward even though the Florida Legislature and the Florida Board of Governors began tightening screws on growth a few years ago.

“We’ve talked about, with our board, and the Board of Governors, that one of the parts of that is to slow our growth and really to focus on investing in our excellence,” Seymour said of his mandate.

“I had the chance to help develop the strategic plan [adopted in 2016.] And the focus of that, the shorthand of that, could be defined as scale times excellence equals impact. What that meant and continues to mean is how do you leverage scale and excellence to have the greatest impact you could possibly have?” he continued. We all believe that by any measure we’ve achieved scale, and now our focus will be continue to focus on the excellence part of the equation.”

That opens the age-old question: What is UCF’s role within the State University System?

Seymour concedes UCF is no University of Florida and shouldn’t try to be such a general purpose, good-at-everything, research university.

“You can’t be all things to all people. You can’t be great at 100 things, no matter what you do, whatever your profession is or if you’re a business or a university,” he said. “So defining for ourselves what those are, and then doing that in the context of the State University System, which I think will also go down that path in defining. All 12 universities shouldn’t be the same … Doing that, I think together, there is some value in that approach.”

The key is picking spots at which UCF should be expected to excel, which should be seen as UCF’s turf. It also must mean considering the prospects that expertise in other areas of study and research might be conceded to one of the other state universities.

“It’s something I think that the BOG [Board of Governors] leadership will look at seriously. How do we operate as a cohesive system with respect to strengths, as opposed one of the BOG members saying to me the other day, everybody trying to be UF?” Seymour mused. “This is about believing in higher education in being one of the most important drivers of the future of this state.

“One of those ways, I believe, is for each of us to carve out our own areas of distinctive excellence,” Seymour said.

The latter was one of the original envisioned fields of excellence when the university was founded in the 1960s an easy drive from Kennedy Space Center.

The potential may be far greater than UCF’s current role. NASA developed many of its academia partnerships with other universities near the agency’s research and development sites in California, Alabama, Texas, Virginia, and Ohio. Florida simply was the launchpad. Heavy research, and NASA’s big research contracts, the kinds that create pools of academic researchers, were mostly going elsewhere.

Now comes the new generation of space technologies, New Space, commercial space, emerging with a much broader presence in Florida than NASA ever had. Without conceding UCF’s current standing, Seymour sees the potential is far more.

Already, he pointed out, 30 percent of KSC employees have a UCF degree, and the university is the nation’s top producer of graduates to the aerospace industry.

“So that’s an example of what I know we will get to in the next year or two in defining for ourselves: what are those four or five things that we absolutely are world-class at,” he said.

He also remains a believer in higher education’s role to teach the liberal arts, which was the basis of his education.

“I wouldn’t trade that for anything,” Seymour said of his liberal arts education. “It gave me a great foundation for how to write, how to think, how to express myself. I’ve applied that in the classroom, in the business setting, and in this kind of role.”

He also has a legacy to follow. His father Thad Seymour Sr. was president of Rollins College in Winter Park from 1978 to 1990, then primarily a liberal arts college. UCF’s interim president remembers the kitchen table discussions ranging from a fraternity issue to a contentious faculty issue.

“What I learned from both of my parents [including mother Polly Seymour] was that all of this is about students. That’s why we exist. That’s why this is a noble profession,” he said. “Our job is to help young minds develop. Not to dictate what they are going to do with it but to prepare them to think broadly and have an impact on whatever path they chose.”

nextSunburn — The morning read of what’s hot in Florida politics — 8.20.19