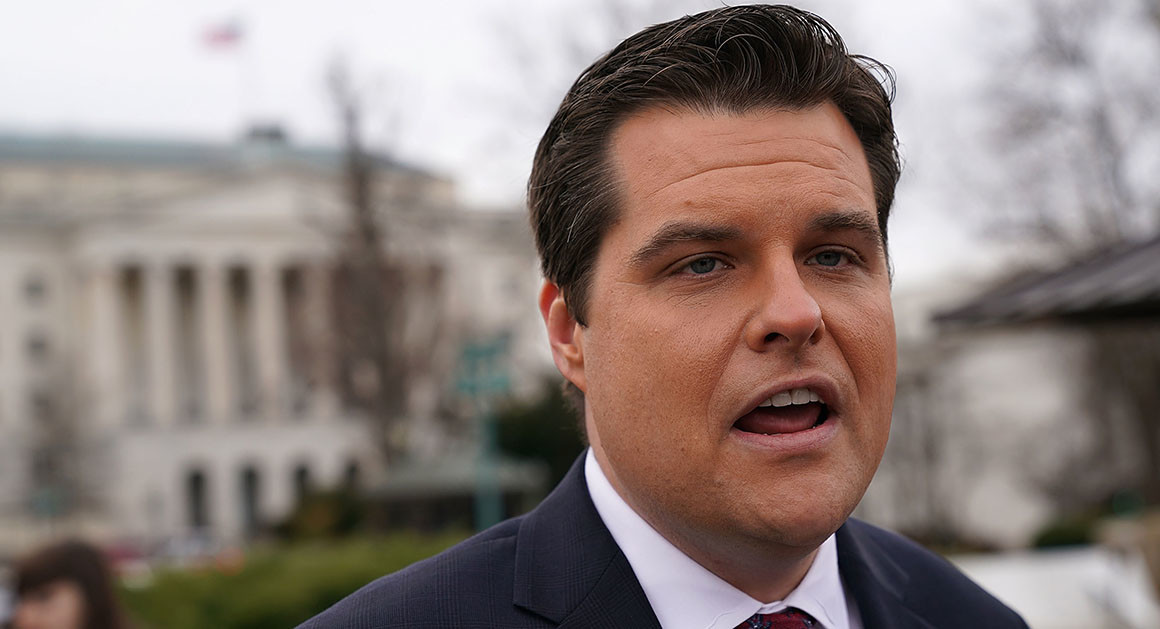 "I thank the Bar committee members for their sound judgment."

Congressman and lawyer Matt Gaetz tweeted Wednesday that he had been cleared by a Florida Bar review panel after a complaint about his now-deleted tweet aimed at President Donald Trump‘s former attorney Michael Cohen.

“The Florida Bar has informed me that the Grievance Committee found ‘No Probable Cause’ that I violated the rules of my profession,” he tweeted. “They are taking no disciplinary action against me & are sending a letter of advice.”

Bar spokeswoman Francine Andía Walker confirmed the news, adding that the “letter will be public record when it is sent to Gaetz, likely on Friday.”

The Florida Bar has informed me that the Grievance Committee found “No Probable Cause” that I violated the rules of my profession. They are taking no disciplinary action against me & are sending a letter of advice.

I thank the Bar committee members for their sound judgment. 👍

Walker also referred to a Bar rule saying in part that a “finding of no probable cause by a grievance committee shall not preclude the reopening of the case and further proceedings therein.”

The Panhandle Republican is a licensed Florida attorney, and a complaint lodged with the Bar in February questioned whether the tweet violated the Rules of Professional Conduct governing the state’s lawyers. The complainant’s identity is still confidential.

That month, Cohen testified before the U.S. House Oversight Committee, saying he lied and otherwise covered up a wide range of misdeeds for his former client, including arranging a payoff for adult film star Stormy Daniels, who said she had an affair with the married Trump in 2006.

Gaetz, a steadfast ally of the president’s, had tweeted the night before the hearing: “Hey @MichaelCohen212 – Do your wife & father-in-law know about your girlfriends? Maybe tonight would be a good time for that chat. I wonder if she’ll remain faithful when you’re in prison. She’s about to learn a lot …”

Gaetz has since apologized for the tweet. Cohen has since reported to a federal prison in Otisville, New York, where he is serving a three-year sentence after pleading guilty to several charges, in part connected to hush money payments he said he made or orchestrated on behalf of the President.

The Bar can enforce its Rules against attorneys as related to their professional acts, though Gaetz’s tweet arguably related solely to his role as a congressman.

The preamble to the Rules says: “While it is a lawyer’s duty, when necessary, to challenge the rectitude of official action, it is also a lawyer’s duty to uphold legal process.”

Gaetz previously worked for what was then the Keefe, Anchors & Gordon law firm in Fort Walton Beach, now called AnchorsGordon. Former name partner Lawrence Keefe is now the U.S. Attorney for the Northern District of Florida, having been nominated by Trump.