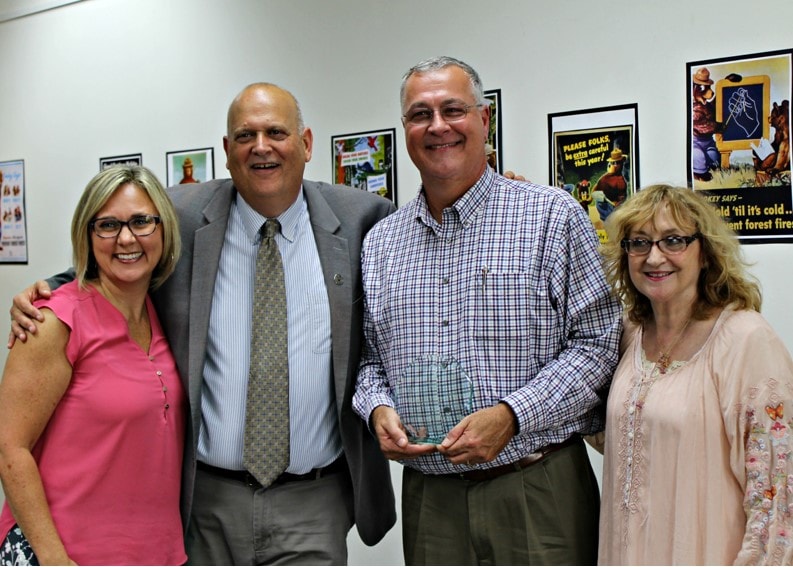 "For years, Sen. Albritton has been a tremendous ally for foster children and foster care parents."

The Florida Guardian ad Litem Program honored state Sen. Ben Albritton Wednesday with a surprise ceremony to award him as “Legislator of the Year”

The group recognized the Wauchula Republican’s years of leadership in bettering the lives of abused, abandoned and neglected children.

About 110 staff, volunteers and supporters crowded the Bartow Library to surprise the Senator.

Albritton was the first Florida lawmaker Guardian ad Litem honored as “Legislator of the Year” for his service in both chambers of the Legislature.

“For years, Sen. Albritton has been a tremendous ally for foster children and foster care parents,” Abramowitz said. “He’s sponsored many bills that became law and improved the lives of children and youth who had been removed from their homes.”

The surprise event left Albritton wiping his eyes, but he refused credit.

“Walking around the Capitol and trying to convince my colleagues to do something good for children might be the simplest thing I’ve ever done in my life,” Albritton said.

In the most recent Legislative Session, Albritton sponsored “A Year is a Long Time in the Life of a Child,” a measure designed to reduce the amount of time children spend in foster care.

Among the Wauchula lawmaker’s reforms include two 2013 measures placing Florida in the vanguard of state child welfare systems: the option of extending foster care from age 18 to age 21, and the normalcy bill, known as “Let children Be children,” which replaced a restrictive system of permissions with a “reasonable prudent parent” standard.

Previously, many rules had prevented children in out-of-home care from leading normal lives and participating in everyday activities with their peers.

Then-Rep. Albritton teamed with then-Sen. Nancy Detert on those measures.

And in 2014, the duo sponsored the “Keys to Independence Act,” which paid the costs of driver education, licensure and insurance so that youth in foster care could learn to drive.

“When there is a problem for these children, nothing stops him from finding a way to solve it,” Abramowitz said. “He’s turned other legislators into child advocates.”

nextThe heat is on: "5 Questions" on getting a recreational pot amendment on 2020 ballot