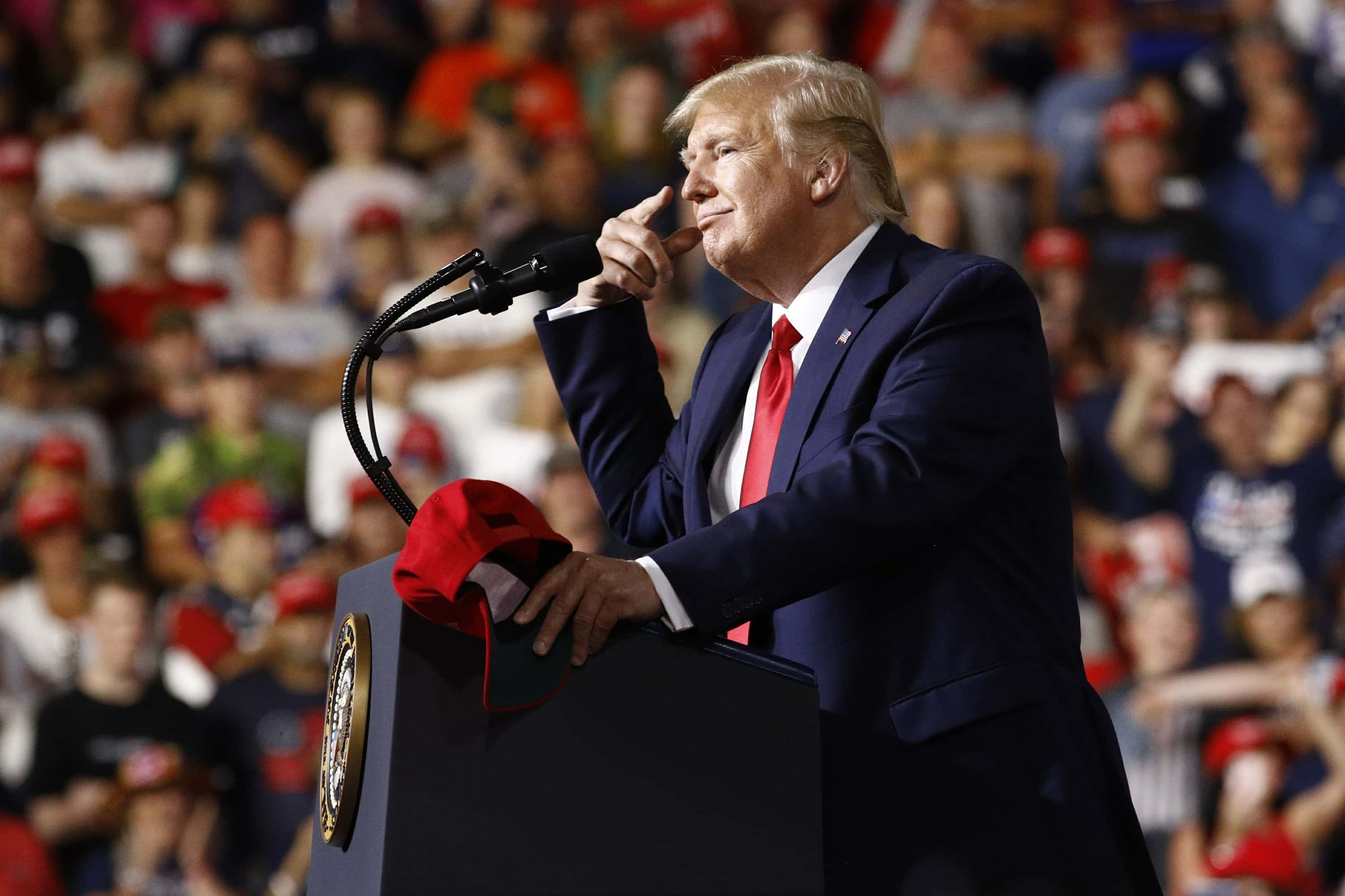 The poll suggests the swing state might be a tossup for Trump.

Floridians are split on whether they approve of President Donald Trump’s job performance.

In a statewide poll of registered voters released this weekend by St. Pete Polls, 48 percent of Floridians approve of the job Trump is doing while 49 percent disapprove. The remaining 3 percent are unsure.

The results of the poll suggest a possible tossup for Trump in the swing state considered one of the most important to win in presidential elections.

With the margin between approval and disapproval so narrow, Trump’s success in Florida could go either way.

The results are — not surprisingly — quite partisan.

The key for Trump is likely to boil down to independent voter support. Among those, 45 percent approve of his job performance while 52 percent disapprove.

According to the poll, Trump also enjoys the largest support among white voters with 56 percent indicating a favorable opinion of Trump’s job performance and 42 percent having an unfavorable opinion.

His support is lowest among black voters. Only 12 percent approve of his job performance while an overwhelming 80 percent disapprove.

The majority of Hispanic voters disapprove of Trump’s job performance, but the margin is narrow with 48 percent indicating a favorable opinion and 49 percent an unfavorable opinion.

One demographic that might come as a surprise to Trump critics is his support among women. More women approve of Trump than disapprove, though the margin is just 0.7 of a percentage point.

The survey was conducted Aug. 21-22 among 1,941 registered voters statewide and has a 2.2 percent margin of error. The poll was conducted among 747 Democrats and 746 Republicans. The remaining 448 voters were independent.

Nearly 65 percent of those surveyed were white voters while 14 percent were black and 13 percent Hispanic. The others were either Asian or Pacific Islander or identified as another race.

“However, the fact Trump is significantly underwater with Florida’s independent voters, the fastest-growing segment of the electorate, is likely causing some sleepless nights for Team MAGA.

“Trump’s high disapproval numbers in Florida are the result of a multitude of factors, but chief among them are his failure to advance an economy that works for everyone, unrelenting undermining of access to health care, and war on immigrants.”