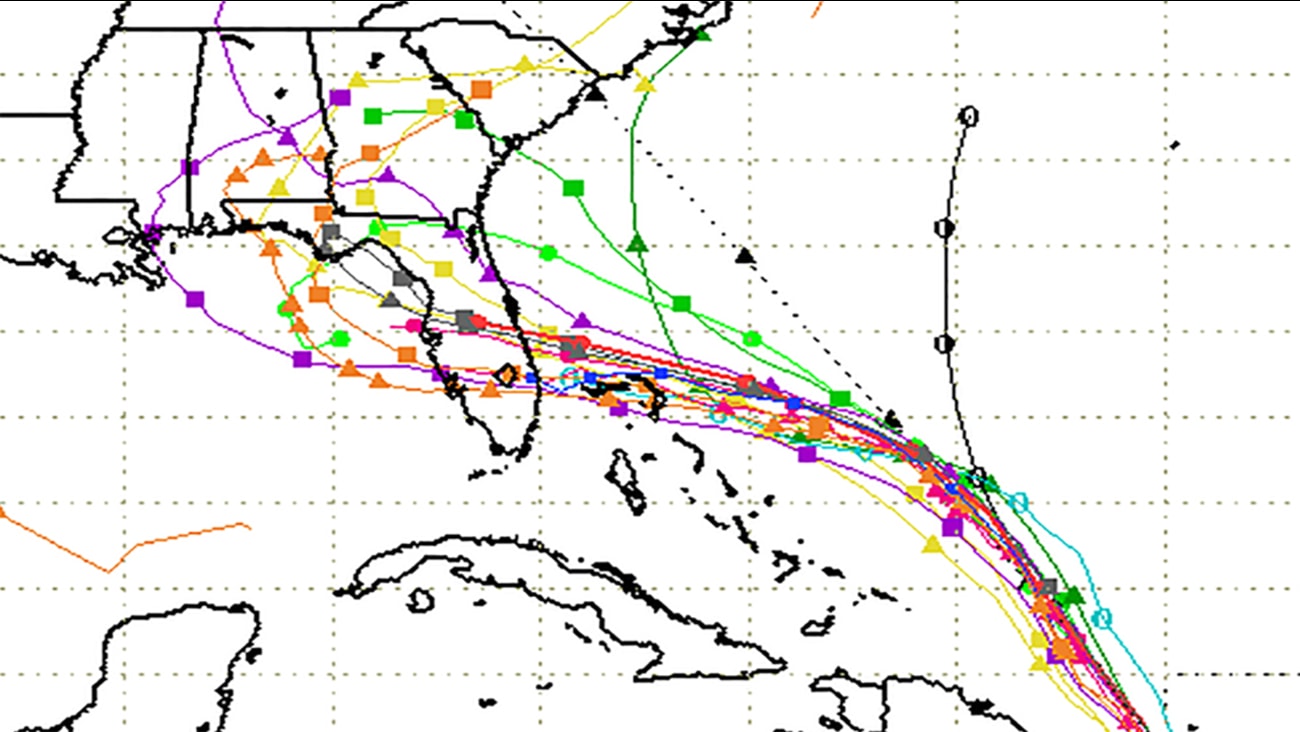 I know, I know — you’ve seen a lot of hurricanes in your many years in Florida.

And I’m sure you’ve seen the cone of uncertainty for Hurricane Dorian and you have a good idea of what’s coming.

You also probably have a few theories about meteorologists’ hurricane predictions; you may even think you can read spaghetti plots just about as well as anyone out there.

Well, I’m here to tell you that you’re wrong. Being a Floridian does NOT make you a hurricane expert.

If you’ve survived decades worth of hurricane seasons and some overcautious storm warnings, it simply means you’ve been lucky enough to dodge the bullets that cost some of your fellow Floridians their lives.

By now, you hopefully recognize preparation is key, and even if you have to take your hurricane shutters up and down eight times in a single season (as I did in 2005), it beats the alternative if your city happens to lose the hurricane lottery.

I worked alongside some outstanding meteorologists the last two decades, and no, that didn’t make me a hurricane expert either. But I learned enough from them to recognize their warnings weren’t for fun, for ratings, or for some grand Home Depot-sponsored conspiracy.

Their warnings were for you.

How quickly we forget the horrors of Hurricane Irma in 2017, where millions of Floridians (self-described hurricane experts, no doubt) were left with the #FirstWorldProblems of days without electricity. My goodness, you’d think the powerful storm surprised the state like an EF-5 tornado.

However, Floridians had more than a week’s worth of notice about Irma. And it was just a Category 1 storm when it passed by Tampa Bay.

Yet Irma cost 80 people their lives, mostly due to poor preparation; that included residents of the Keys who chose to ignore the warnings of meteorologists and emergency managers who have not just lived through decades worth of hurricanes — but they’ve also studied them.

If you remember back to 2005, you’ll recall Hurricane Katrina’s initial forecast took it right across the Florida Peninsula. The state, already on-guard following a brutal 2004 hurricane season, went into full-defense mode.

But the storm spun south, cycling out of its projected cone, sparing the Sunshine State; it prompted countless Floridians to lament about the overblown warnings.

Unfortunately, Katrina was an example of how the cone of uncertainty can produce both winners and losers.

In fact, the cone of uncertainty seems to be the one thing amateur hurricane “experts” seem to interpret wrong more than anything else.

You must have heard some friend or family member say, “it’s going to go right over us” or “we’re OK, it’s not coming here,” based on the five-day forecast.

But the cone only represents the two-thirds probability of where the storm could go. That means there’s a 1-in-3 chance it makes landfall somewhere OUTSIDE the projected cone; it’s the kind of information meteorologists constantly repeat on TV, and you likely constantly tune out because, well, you’re a spaghetti plot expert.

Charley, Wilma, Irma, and countless others have made drastic turns in their final days before landfall, creating regret for some who spent time and money preparing for the worst, only to see none of it.

If you ask me, it’s the small price of living in paradise.

The higher cost is the regret of not preparing.

Almost all of the fatalities were preventable, had preparation been a bigger priority.

So take my advice — or even better, the advice of a trusted meteorologist — and always be prepared for the worst-case scenario.

I’m not telling you that you have to stop doing Florida things, like celebrating hurricane warnings with key lime margaritas. Just don’t do it until you’ve replaced the batteries in your flashlights, put up your hurricane shutters, and filled your freezers with water.