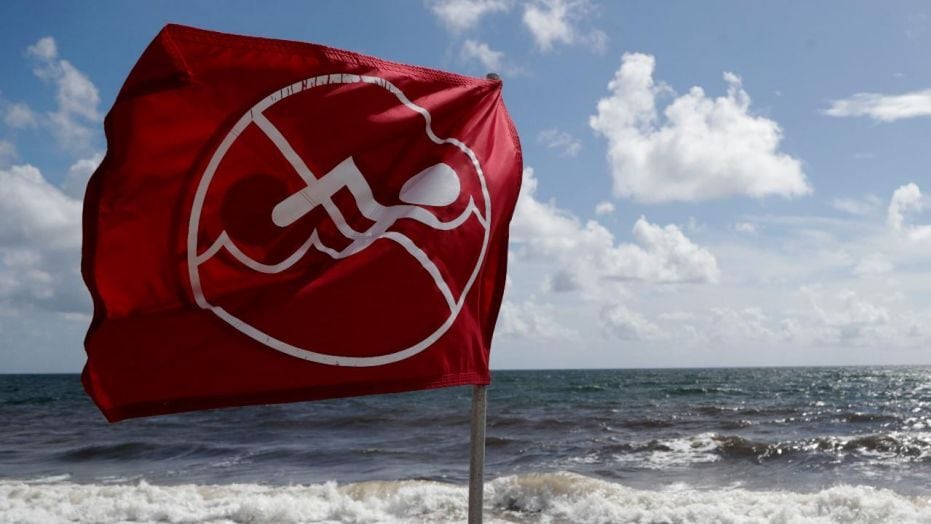 “This has been frustrating for a lot of people."

With powerful Hurricane Dorian at a near standstill over the Bahamas, Florida officials impatiently waited and completed preparations Monday as the historic storm was forecast to deliver a blow to the state’s East Coast.

The slow-moving nature of Dorian brought concerns that search-and-rescue operations and electricity restoration could be delayed by high winds from a lingering storm.

Gov. Ron DeSantis, addressing reporters at the state Emergency Operations Center in Tallahassee, said people along the coast from Palm Beach County to the Georgia border need to heed evacuation orders and other directives from local officials.

“This has been frustrating for a lot of people because I know it seems like we have been talking about this for a long time, but we are in a situation where the storm is stalling very close to our coast,” DeSantis said. “It is going to make a movement. And the movement that it makes is going to have a lot of impact on Floridians.”

Florida Power & Light spokesman Dave Reuter said he understands “the anxiety that many of our customers are feeling,” as he advised that the slow forward motion of the storm, along with a still unpredictable path, could result in prolonged outages and potentially more than single outages in areas.

“We expected that we might be seeing some tropical-storm-force winds by this point already, but that’s been pushed off until later today,” Reuter said from the company’s command center in West Palm Beach. “So that obviously makes it difficult, because we’re all ready to respond, and the storm is moving so slow.”

The company, which serves 10 million people through roughly 4.9 million customer accounts, has staged nearly 17,000 workers, along with fuel and equipment, from the South Florida Fairgrounds in West Palm Beach to St. Augustine to respond to outages after sustained winds dip below 35 mph, Reuter said.

Coastal areas face life-threatening storm surge and destructive hurricane-force winds from Dorian, described by the National Hurricane Center as “catastrophic,” even if the eyewall remains offshore when it makes an anticipated northern turn toward Georgia and the Carolinas.

“Even if it’s offshore, you’re looking at strong-enough winds where there is going to be widespread power outages, particularly along the coast,” DeSantis said. “And people should also be concerned about the water. We had areas all the way up to Jacksonville flood during (2016’s Hurricane) Matthew, flood during (2017’s Hurricane) Irma. If that happened in those two storms, this is going to be close enough that you’re probably going to flood again.”

Although the official forecast does not show Dorian making landfall on the Florida coast, the National Hurricane Center noted it is still possible for Dorian to deviate enough to put the eye very near or over the coast.

At 11 a.m., Dorian was sitting over Grand Bahama Island with maximum sustained winds of 155 mph, a Category 4 storm just below the strength of Hurricane Michael when it made landfall last October east of Panama City and caused billions of dollars in damage.

Dorian, which struck the Bahamas Sunday with 185 mph sustained winds, was just over 100 miles east of West Palm Beach, moving west at 1 mph.

The National Hurricane Center warned that while Dorian should weaken during the next few days, the “system will remain a dangerous major hurricane for the next several days.”

“Get out now while you have time and there is fuel available and you’ll be safe on the roads,” DeSantis said.

Tolls were lifted by DeSantis around Jacksonville on Monday, joining Florida’s Turnpike and other roads in South and Central Florida where tolls had been suspended earlier.

Nearly 40 general shelters and 11 special-needs shelters had been opened across the state.

Airports in areas such as West Palm Beach, Daytona Beach and Fort Lauderdale suspended operations Monday. Orlando International Airport said on its website at midday Monday that it continued to monitor the storm.

Ports along the coast have closed or will close to incoming vessels.

Already, 72 nursing homes and assisted living facilities had evacuated along the coast, while some hospitals from Palm Beach north had started evacuation plans.

With Lake Okeechobee at 13.74 feet, the U.S. Army Corps of Engineers anticipated a rise of 2 feet to 3.5 feet from Hurricane Dorian, a rise that wasn’t expected to test the integrity of the Herbert Hoover Dike around the lake or create storm surge.

The governor’s office said that while the Army Corps will not release water from the lake during the storm, releases are anticipated into the St. Lucie and Caloosahatchee rivers afterward.

Comcast plans to open almost 200,000 Xfinity Wi-Fi hotspots throughout the state to anyone free of charge.

More than 1,000 state law enforcement officers were on standby for potential deployment, and 4,434 members of the Florida National Guard had been activated.