After two pandemic years, a summer travel bounce — and chaos 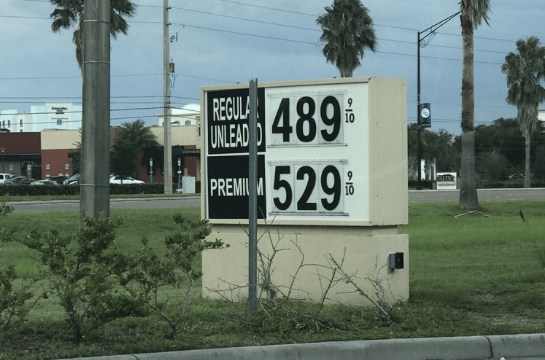 More than 2,100 price-gouging complains have come into the Florida Attorney General’s office since the state was put in a state of emergency because of the threat from Hurricane Dorian, Attorney General Ashley Moody said.

In a video statement released late Monday through her Twitter account, Moody relays her comments at a press conference in which she said her office is assessing the complaints and has followed up with contacting about 150 businesses accused of price-gouging off storm preparations. That included actually sending Attorney General Office scouts into stores to investigate allegations.

“I’m happy to report that in many instances we’ve had businesses reduce their prices in accordance with our discussions,” she said.

“For the most part, businesses across the state are helping Floridians, helping making sure they have the supplies they need, so that they can stay safe,” she continued. “But when there are bad actors we’re responding and we’ll hold businesses accountable.  “

Her office is using both a call center and a rapid-response team going into the field to investigate. The team also has led to some refunds, her office explained.

This summer, her office launched a mobile “NO SCAM” price-gouging reporting app for consumers, and it has helped her staff sort through complaints quickly, she said.

Moody said in another video statement that more than 600 of the complaints have come in through her office’s new “NO SCAM” app. The app allows users, in real time, to send pictures of prices on signs and products, capture and report receipts, write narratives of interactions with sellers, report evidence of prices of identical products sold elsewhere in the vicinity, and provide other supporting documentation.

“The app has allowed our call center to have more time to take calls. In fact we’ve had numerous contacts come in through the app. We’ve had receipts downloaded, pictures of prices, and narratives, as we were asking for at the beginning of this hurricane watch,” she said.

Florida’s price-gouging law covers essential commodities such as food, water, ice, gas, and lumber, dwelling units including hotel rooms, and self-storage facilities. The law bans businesses from charging a price “that grossly exceeds the average price for that commodity during the 30 days before the declaration of the state of emergency, unless the seller can justify the price by showing increases in its prices or market trends, according to the Attorney General’s Office.

previousSunburn — The morning read of what’s hot in Florida politics — 9.3.19