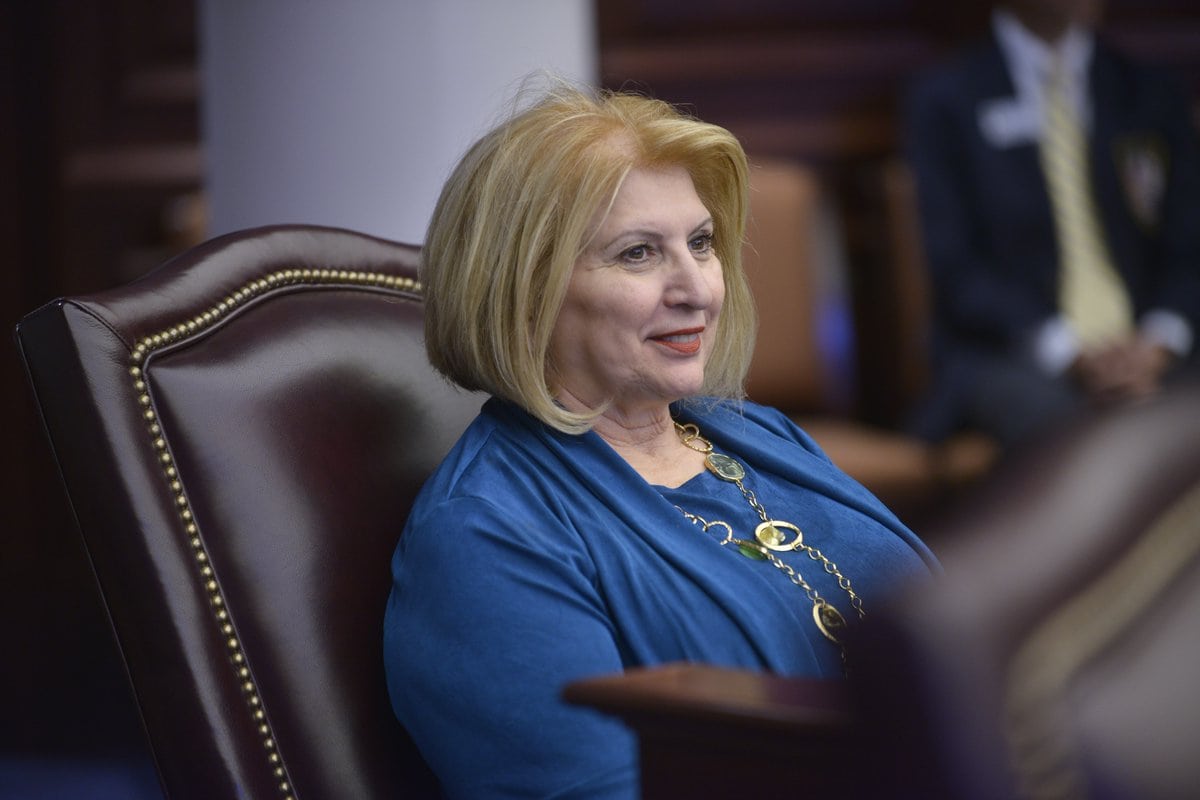 The site contains the graves of at least 120 African Americans.

State Sen. Janet Cruz is taking action on behalf of hundreds of African Americans who died in Tampa more than a century ago.

Following a Tampa Bay Times investigation this summer, the Tampa Democrat filed a bill Wednesday to create a task force to study unmarked and long-forgotten graves at the former Zion Cemetery that now serves as a backyard to Robles Park Village public housing in Tampa Heights.

Her bill (SB 220) would allocate $500,000 to study the remains at the 2.5-acre segregation-era burial ground. Of that money, $50,000 would pay for a historical monument to honor the deceased buried there — and then lost for a century. The rest would cover funeral and reinterment costs for next of kin of those buried at the site.

The Times investigation in June found death certificates for 382 people buried at the site between 1913 and 1920, but because record-keeping during that time was not as thorough as it was for white burials, there could be even more.

Cruz’s bill references the “millions” of slaves throughout the U.S. until the end of the Civil War as well as ongoing discrimination that included segregating burial sites for African Americans.

“Creating a task force to identify cemeteries in Florida that were abandoned or built over, like Zion Cemetery, is an important step to make sure all those who made Florida what it is today are honored and respected,” Cruz said. “All human remains are afforded equal protection under Florida law. Equal protection and respect was not a reality experienced by those buried at Zion Cemetery and so many other African American Floridians. I am proud to sponsor this important legislation to make sure those who shaped the history of our state are honored and memorialized properly.”

The group would meet for the first time Aug. 1, 2020, and continue meeting as many times as necessary to accomplish its goals.

Those goals include identifying remains and forming suggestions for finding relatives who can then reintern and memorialize their lost family members.

The task force would work with the University of South Florida to identify remains. Exhumed bodies would remain in USF’s custody until family members were identified and notified.

Family members could be reimbursed up to $7,500 for funeral, burial and grave marker expenses. That amount can also be payable directly to a funeral provider. Charitable contributions for reburial and funeral-related services are not reimbursable.

Cruz’s bill does not yet have a companion in the House.

previousSunburn — The morning read of what’s hot in Florida politics — 9.5.19