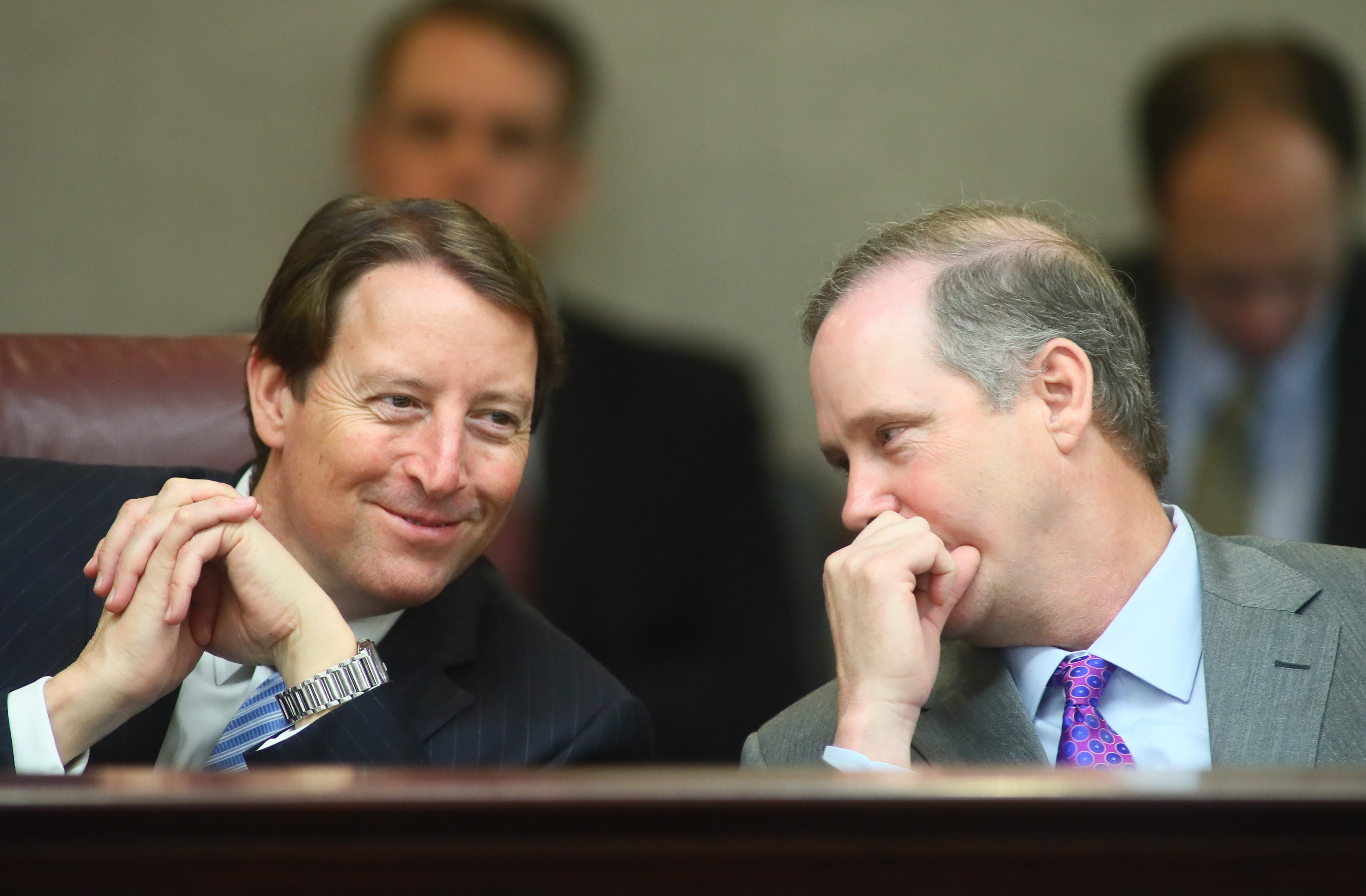 Three of the highest-ranking Republicans in the Senate are heading to Naples later this month for a fundraiser benefiting five 2020 Senate candidates.

The Oct. 28 event will be hosted by Senate President Bill Galvano as well as his successor, Trilby Sen. Wilton Simpson, and Senate Majority Leader Kathleen Passidomo, a top contender for the Senate presidency staring in 2022.

Boyd, who was in the House through the 2018 election, is looking to replace Galvano in Senate District 21. He faces Democratic contender Amanda Linton who is currently his sole opponent. He has already locked down endorsements from Galvano, Passidomo and Simpson, as well as St. Augustine Sen. Travis Hutson, who also has his sights set on being Senate President in 2022.

Bradley, a lawyer, is looking to succeed her husband, Senate Budget Chief Rob Bradley, in Northeast Florida’s Senate District 5. It’ll be her second fundraiser hosted by Passidomo, with the other taking place during the first interim committee week. She’s the only Republican running for the deep-red seat and her first month saw her rake in $200,000 in hard money, putting her in a good position if a challenger comes calling.

Brodeur, of Sanford, is the lone GOP contender for Senate District 9, currently held by term-limited Republican Sen. David Simmons. The district has a Republican lean and Brodeur, who exited the House last year, has amassed nearly $500,000 for his campaign fund. Still, Oviedo engineer Rick Ashby and former Seminole County Soil and Water Conservation District board member H. Alexander Duncan are looking to flip the seat blue.

Rodrigues is currently the only candidate for Senate District 27. The Estero Republican is off to a fast start in fundraising, with $215,000 in hard money in the bank and another $1.06 million stashed away between his two political committees, Free Markets for Florida and Friends of Ray Rodrigues.

Rodriguez, also endorsed by Simpson, Passidomo and Hutson, is running to replace Sen. Anitere Flores in Senate District 39. The race is expected to be the most competitive Senate battle on the ballot this cycle. Rodriguez faces Angie Chirino in the primary, with Democratic Rep. Javier Fernandez being the winner’s likely general election opponent.

The fundraiser is slated for 5:30 p.m. to 7 p.m. at the Naples Botanical Garden, 4820 Bayshore Drive. More information is available with an RSVP. 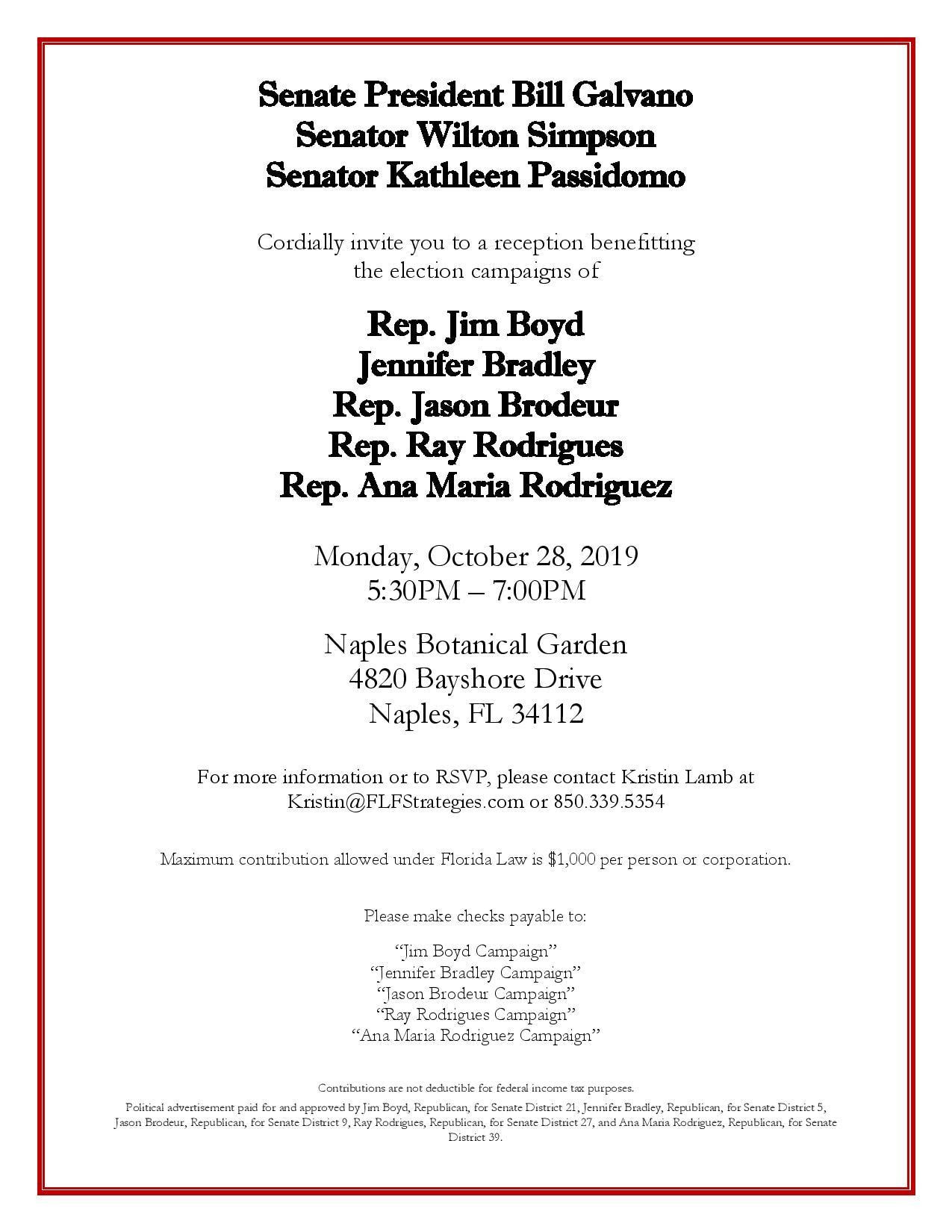