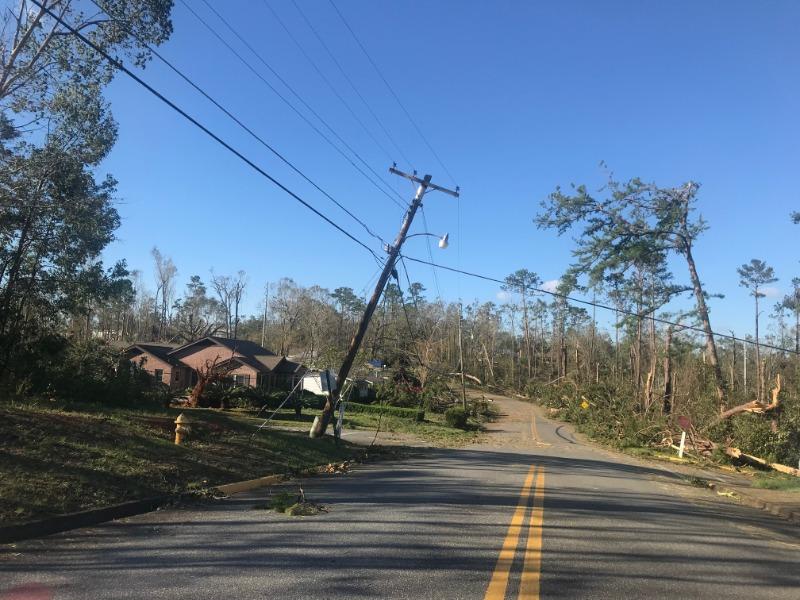 It was called the most significant rulemaking in a generation.

Florida utility ratepayers can expect changes to their bills, with the ultimate goal of improving storm hardening across the state.

Time was of the essence: Rules had to be approved by Oct. 31, and this was the last PSC meeting until then.

While storm hardening costs are already factored into billing for many utilities in the state, including Florida Power and Light and Duke Energy, the new rules would allow companies to bill for storm protection to finance projects as they happen.

The argument: “allowing for the recovery of projected costs enables the IOUs to recover costs as they are incurred. This reduces regulatory lag and, ultimately, the costs passed on to customers.”

Ten-year plans are the goal, but the devil is in the details.

As News Service of Florida reported last week, staff recommendations diverged from the desires of utilities.

The Office of Public Counsel, which advocates for consumers, questioned whether projected costs could be recovered at all.

In that context, a spirited debate on the rules change closed proceedings Thursday.

Charles Rehwinkel, from the Office of Public Counsel, called this the “most significant rulemaking … in a generation,” with “hundreds of millions if not billions of dollars passed onto ratepayers.”

Rehwinkel questioned whether the proposed mechanism was lawful.

“They file the plan as they see fit,” groused Rehwinkel, even if the plan has not been approved, raising the concern of “double recovery.”

Utilities had their own positions.

FPL’s Kenneth Rubin circled back to years two and three in the storm protection plans as a concern, saying that level of detail isn’t mandated in statute, and differentiating between larger programs and more granular projects.

Flexibility is key, Rubin said, for the utility.

Tampa Electric’s Malcolm Means likewise made the argument for funding fluidity, given that the utility doesn’t even have a formalized plan for undergrounding yet, and “front end costs” are an issue.

Commissioner Gary Clark noted that cost recovery is nothing new: “We’ve been doing it for 100 years,” Clark said, noting that plan costs can be addressed in base rates.

Commissioner Julie Imanuel Brown noted that there will be multiple review points to plan costs.

A question that wasn’t fully resolved was whether vegetation management, a current function, could be folded into a storm protection plan.

That, and other finer points, will be worked out going forward.

Commissioner Donald J. Polmann expressed concerns that details are required, via the rule, past year one.

FPL’s Rubin noted a “true up” would bring things into alignment as needed on a “rolling” basis.

“I know we need to move this thing forward,” Polmann said, “but we need to make sure it works.”

After lunch, Commissioner Andrew Fay proffered a compromise: Accepting the proposed rule, but with some modifications, including less detailed information on projects from utilities.

“That’s a dealbreaker for us,” said the OPC’s Rehwinkel. The motion carried anyway. And cost recovery likewise was a compromise.

“I am trusting in the implementation process and the expertise of staff to apply the rule in its final form,” said Polmann, approving the cost recovery rule.