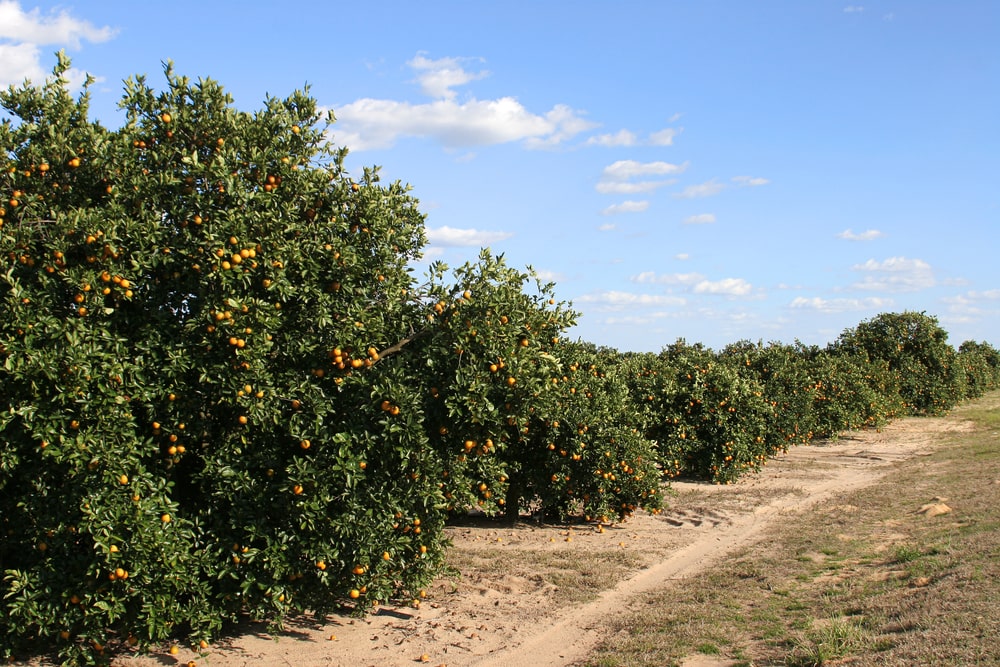 Florida citrus growers are getting $173M through the Citrus Recovery Block Grant for Hurricane Irma recovery.

The U.S. Department of Agriculture (USDA) expects orange production to be up this year in the state of Florida. That’s according to the first 2019-20 forecast released Thursday.

The USDA estimates the state will produce 74 million boxes of oranges during the 2019-20 season. That’s up from the group’s final 2018-19 projection, released in July, which projected fewer than 72 million boxes that year. Ultimately, 71.7 million boxes were harvested.

Those latest projections continue a rebound following the devastating impact of Hurricane Irma in 2017. The 2017-18 season saw just over 45 million boxes produced, as citrus farmers recovered from the storm’s impact.

And the numbers are even up prior to that strike. The 2016-17 season saw just under 69 million boxes of oranges produced. The 2019-20 projections would edge that number by 5 million boxes.

“Today’s forecast reflects the resilience of Florida’s citrus growers, dedication to the citrus industry, and commitment to innovation in the face of challenges,” Fried said.

“Citrus is Florida’s signature crop, and we’re committed to supporting our citrus producers with new research, technology, and techniques to fight the spread of citrus greening. Strengthening our citrus industry takes teamwork, and Florida Citrus Mutual has been essential in helping identify research funding and thinking outside the box to support and promote Florida-grown citrus.”

“This reflects what we’ve been hearing from growers,” Shepp said.

“Florida Citrus is here to stay. We remain the state’s signature crop, and our growers are committed to providing nutritious, great tasting Florida Citrus for years to come.”

Finally, the USDA expects 1.05 million boxes of tangerines and tangelos to be produced.

Those numbers would also top the final projections in 2018-19. That forecast ended with projections of just over 4.5 million boxes of grapefruits and 990,000 boxes of tangerines and tangelos.