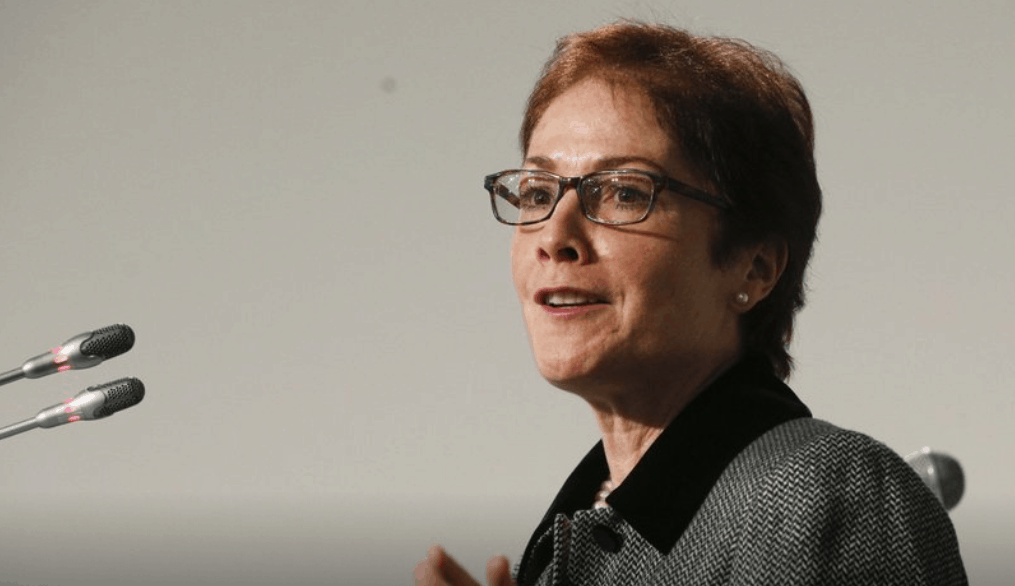 Marie Yovanovitch is expected to testify on Friday

The former U.S. ambassador to Ukraine was removed from her post after insisting that Rudy Giuliani’s requests to Ukrainian officials for investigations be relayed through official channels, according to a former diplomat who has spoken with her.

The ambassador, Marie Yovanovitch, is scheduled to testify before congressional lawmakers on Friday as part of the House impeachment inquiry into President Donald Trump. Democrats say they expect her to appear despite the White House’s position that no administration officials cooperate with the probe.

Yovanovitch was recalled from Kyiv in May as Giuliani — who is Trump’s personal attorney and has no official role in the U.S. government — pushed Ukrainian officials to investigate baseless corruption allegations against Joe Biden and his son Hunter.

In a July 25 call, Trump told Ukrainian President Volodymyr Zelenskiy that Yovanovitch was “bad news,” according to a partial transcript released by the White House.

Neither Giuliani nor Trump have specified their objections. But a former diplomat, recalling a recent conversation with Yovanovitch, said she was removed after insisting that a request for Ukrainian officials to join in an investigation be relayed according to long-established protocol.

The former diplomat said Yovanovitch refused to do “all this offline, personal, informal stuff” and made clear that the U.S. government had formal ways to request foreign governments’ help with investigations.

The former diplomat insisted on anonymity to disclose the private conversation.

The State Department traditionally relies on mutual legal assistance treaties, under which U.S. and foreign officials agree to exchange evidence and information in criminal investigations.

Yovanovitch is scheduled to speak to the House Intelligence, Foreign Affairs and Oversight and Reform committees behind closed doors Friday as part of the impeachment investigation. Despite Trump’s assertion that his administration will not cooperate, three people familiar with the deposition said that Yovanovitch is expected to appear. The people requested anonymity to discuss the closed-door meeting.

On Thursday, 10 Democratic senators sent a letter to Secretary of State Mike Pompeo demanding an explanation for Yovanovitch’s removal before the end of her three-year assignment.

“In particular, her early recall raises questions about whether you put the personal interests of the President above the Department’s career personnel or U.S. foreign policy,” they wrote.

previousPoll: More than 20 percent of voters undecided on 'Pass It Twice'