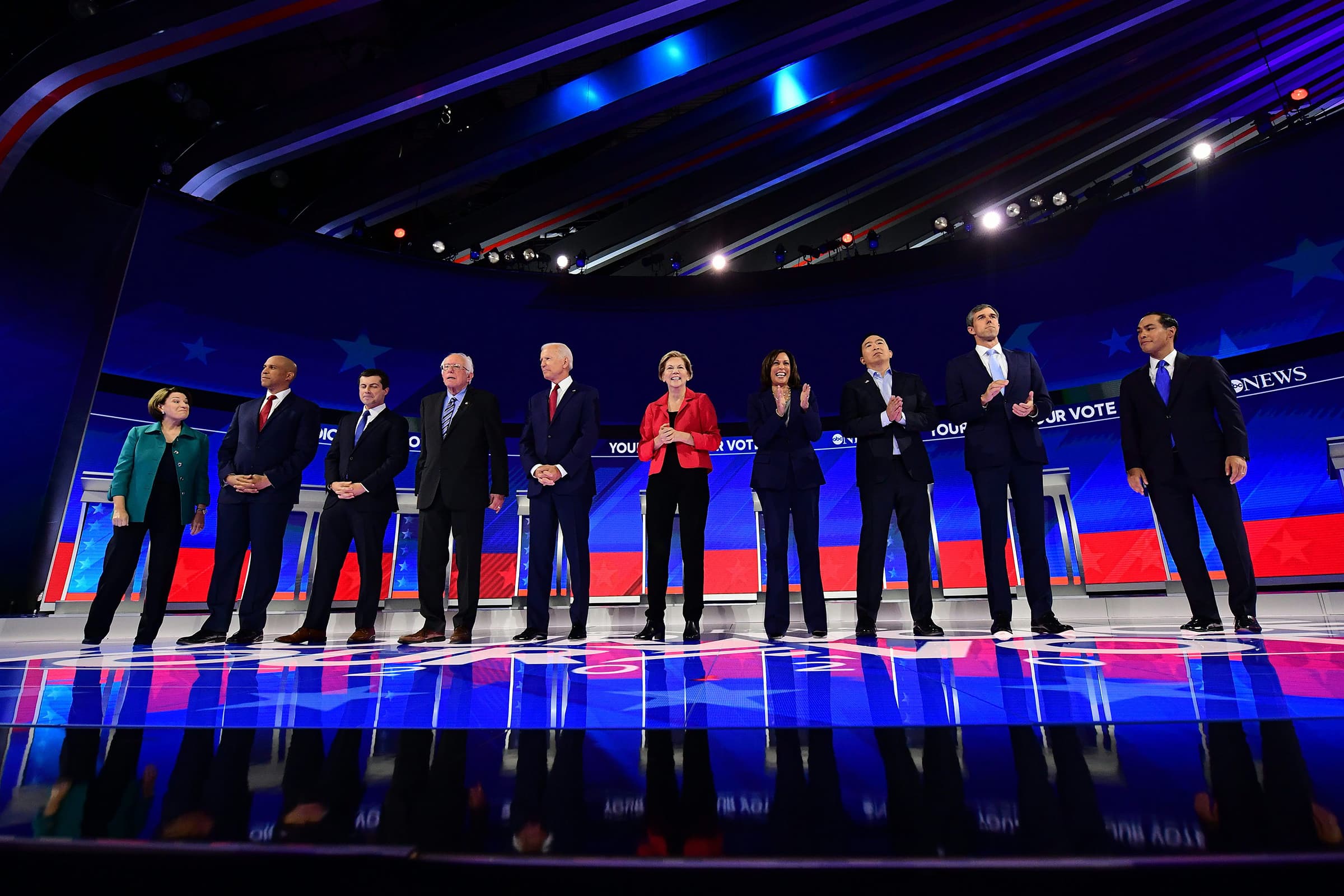 What did anyone think would happen, given how Warren has been rising in the polls?

The latest Democrats debate was interpreted by spectatores a rei publicae – Latin for political pundits – as The Night They Went After Elizabeth Warren.

Of course, the other 11 participants on the stage at Otterbein University in Ohio made Warren defend herself throughout much of the three-hour affair. They would have been stupid not to do that. They’re not running for the school board. Each one wants to lead the most powerful nation on the planet.

Warren is the now-anointed leader for her party’s nomination, and she hasn’t faced much friendly fire throughout the campaign. Depending on which poll you read, Warren has either pulled close, drawn even, or is ahead of Joe Biden.

Before we dissect the debate, though, here’s a brief history lesson on how seriously to take polls just now. A hat tip to fivethirtyeight.com for its research.

In 1988, Gary Hart had a healthy lead in the polls; Michael Dukakis won the nomination. Mario Cuomo had a big lead among Democrats in 1992. Some guy named Bill Clinton was so far behind he needed a telescope to see Cuomo.

There is more, but you get the idea.

What does that have to do with this election cycle? It’s just a cautionary tale not to bet the house that Warren will be an unstoppable juggernaut, steamrolling to the nomination.

Remember, debates aren’t elections. There are caucuses and primaries where actual people will cast actual votes. Polls are interesting and can be useful, but keep ’em at an arm’s length.

Meanwhile, back at the debate, Warren showed a potential major vulnerability. She champions a single-payer health insurance system, which we all know will be enormously expensive. Warren continued to be evasive about the likelihood that taxes would have to be significantly increased to pay for that.

Minnesota Sen. Amy Klobuchar decided to pull at that thread, and it seemed to me like she scored big points. Klobuchar has favored a public option, which she said will lower premiums and make health care available to those who need it most. It also allows people to keep their current insurance if they wish.

“The difference between a plan and a pipe dream is something that you can actually get done,” she said. “And we can get this public option done.”

Klobuchar appears to be positioning herself as the moderate alternative if Biden’s campaign flames out. Not a bad strategy since her poll numbers are about where Jimmy Carter’s were back in the day.

Biden, as has become typical, had a few good moments and some where he looked and sounded, frankly, like a 76-year-old man. His legion of supporters won’t care about the latter, though, and they are loyal.

Mayor Pete Buttigieg is an impressive guy and had a solid night. Like Klobuchar, he picked at Warren’s health care plan. He also had a notable exchange with Beto O’Rourke on guns. O’Rourke wants a mandatory buy-back of all AR-15s and AK-47s, but he wasn’t quite as emphatic as in the previous debate.

He mentioned a recent rally he held at Kent State University in Ohio. Protestors appeared and brandished the weapons O’Rourke would like to confiscate.

“If someone does not turn in an AR-15 or AK-47, one of these weapons of war, or brings it out in public to brandish and intimidate, as we saw in Kent State recently, then that weapon will be taken from them,” he said.

“Congressman, you just made it clear you don’t know how this is actually going to take weapons off the streets,” he said.

The debate also was notable for its lack of questions about immigration, climate change, and LGBTQ rights. My guess is moderators decided Americans already know how the candidates stand on those issues. 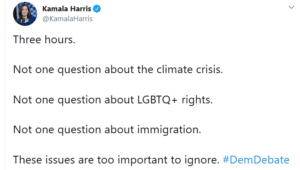 There is another Democrats debate next month, and the requirements for making the field are tougher. However, eight of the candidates on the stage Tuesday have already qualified. Those still falling short include Klobuchar, O’Rourke, Julian Castro, and Tulsi Gabbard.

Of those, Klobuchar probably has the best chance to make up enough ground.

But it’s a confusing process for sure. I think some of those guaranteed a spot in the next debate should be thinking about how they’ll spend their time when their campaigns shut down.

Kamala Harris, Cory Booker, Andrew Yang, and Tom Steyer are just taking up debate space at this point. The train is leaving the station, and they’re not on board.