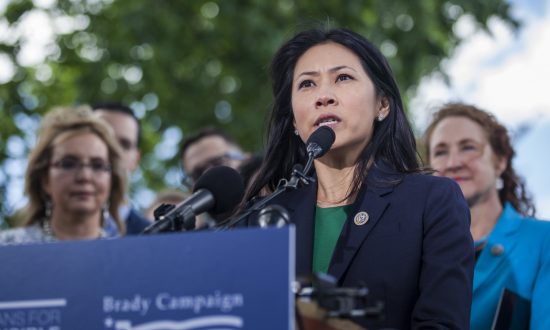 Murphy’s campaign reported to the Federal Election Commission that it picked up about $289,000 during the period of July, August, and September, bringing her campaign’s total receipts to just over $1 million for this election cycle.

The campaign also reported spending nearly $100,000 during the quarter, leaving her with $841,000 in cash on Oct. 1, the most of any members or congressional candidates in Central Florida.

She was first elected in 2016 in a major upset over 12-term Republican U.S. Rep. John Mica, then easily defeated Republican then-state Rep. Mike Miller in 2018. She has no big-name Republican competition yet in the 2020 cycle, though five Republicans have filed campaign paperwork either with the state of the Federal Election Commission: Vennia Francois, Mike Thibodeau, Armani Salado, Thomas Delia, and Stephen Bacon.

Murphy now has raised about $652,000 from political action committees, and another $385,000 from individuals. In the third quarter she picked up just over $87,000 in checks from individuals, including $10,200 from the family of James Heavener, one of the cofounders of Full Sail University in Orange County; $5,600 from Jonathan H.F. Crystal; and $2,800 apiece from Robert Mandell and Andrew Tisch.