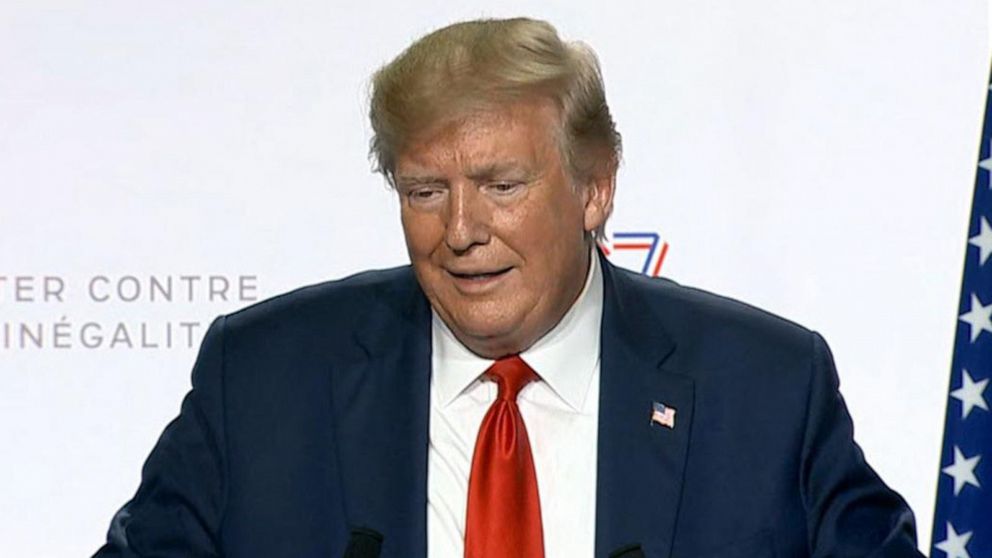 Ted Deutch is no fan of Donald Trump's idea to hold the next G-7 meeting at his Doral golf club.

Mick Mulvaney, who serves as Chief of Staff for President Donald Trump, announced Thursday that the 2020 G7 Summit would be held at Trump’s Doral resort from June 10 to 12.

The possible selection had been rumored for months, as Trump National Doral was among a handful of finalists back in July, according to a report from Jonathan Swan of Axios. Mulvaney argued Thursday that using the resort will be cheaper than other potential sites.

Gov. Ron DeSantis praised the move after it was announced.

“Great to hear that Florida will host the G-7 Summit next year,” DeSantis wrote on Twitter.

“Miami is a globally recognized city and we look forward to having important leaders from around the world visiting and working in our state.

Trump’s resort is located in Doral, which is 15 miles from Miami proper.

But the proposed move also raised ethical questions, as Trump’s use of his own properties has been an outlier among modern U.S. presidents.

Congress opened an investigation into the U.S. Navy’s decision to stop off at Trump’s Turnberry resort in Scotland, refueling at a nearby airport.

The stop, earlier this year, is one of several refueling trips that would have been cheaper had the Navy utilized a military base. Instead, service members stayed at the Trump property.

The President has also repeatedly hosted world leaders at his various resorts, billing Mar-a-Lago as the “Winter White House.”

And the Trump Hotel in Washington has attracted much attention from foreign diplomats. That’s triggered litigation, arguing leaders are frequenting that hotel to curry favor with the President, in violation of the Constitution’s emoluments clause.

By using his property to generate revenue from foreign leaders, Trump’s critics argue, he’s receiving a sort of gift, tied directly to his position as the President.

And while Trump resigned from the Trump Organization before being inaugurated, his family still controls the trust containing those holdings. The President remains the sole beneficiary.

“Donald Trump is once again shamelessly trying to profit off the presidency,” Rizzo said. “His announcement to host the G-7 at one of his resorts is blatant graft for all to see.”

Trump has also floated inviting Russia to a future summit as a guest. Russia was expelled from the group after the annexation of Crimea.