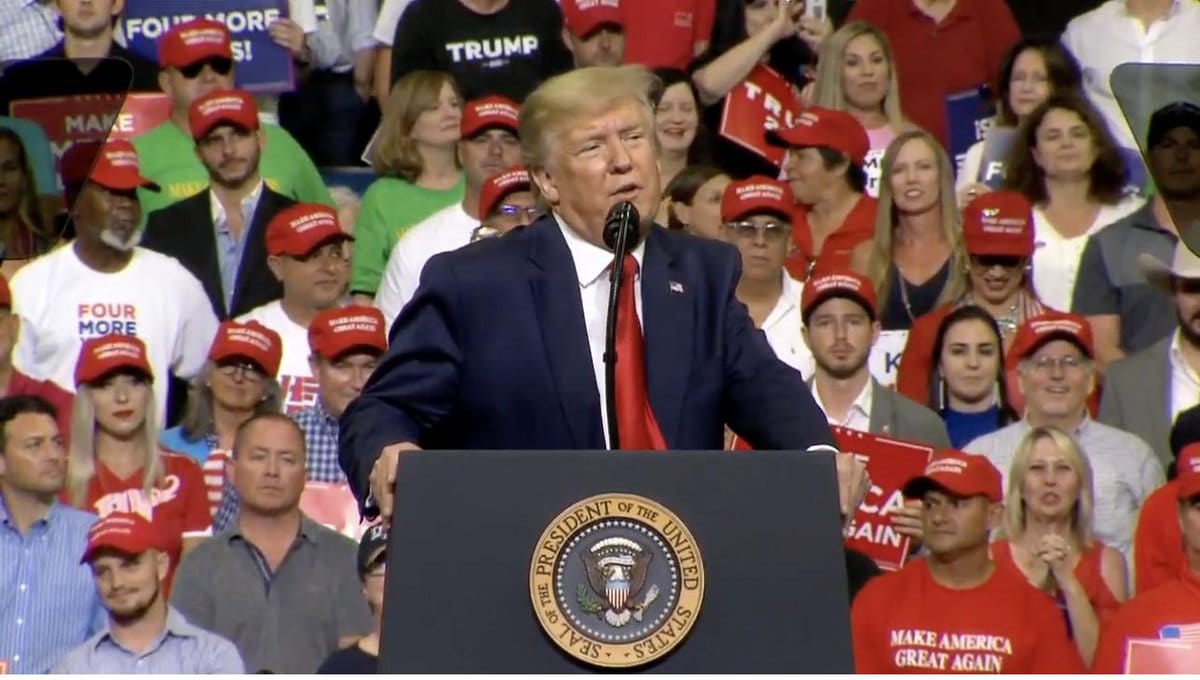 Donald Trump is at his peak in popularity, but is still disliked by the majority of voters.

President Donald Trump is using his upcoming campaign rally in South Florida as an opportunity to register voters.

Trump is scheduled to have a “homecoming” rally at the BB&T Center in Sunrise, which is home to the Florida Panthers. The rally is being dubbed a welcome home party because Trump recently changed his state of residence from New York to Florida. His voter registration has also been changed. It now lists his Mar-a-Lago resort as his address.

Trump’s campaign announced Monday they would also be hosting a major voter registration drive as part of the rally.

Trump’s rallies typically draw long lines of fans waiting to get a seat at his events, which presents a valuable opportunity for groups to get people to register who might not be already.

“Our team has been on the ground in the Sunshine State since 2015 recruiting volunteers and registering thousands of voters. The strong support for President Trump and his policies, coupled with the campaign’s unmatched ground game, will keep Florida steadfastly in President Trump’s column come 2020.”

Trump’s “Keep America Great” tour is looking to build up support for he and other Republicans ahead of the 2020 election.

But a couple of recent stops haven’t quite paid off. Trump’s tour took him to both Kentucky and Louisiana ahead of high-profile gubernatorial elections in those respective states. Republicans lost both of those elections.

In deciding to relocate to Florida, Trump said he had been “treated very badly” by politicians in New York. Trump and his associates have faced a series of investigations surrounding Trump’s actions during his presidential campaign.