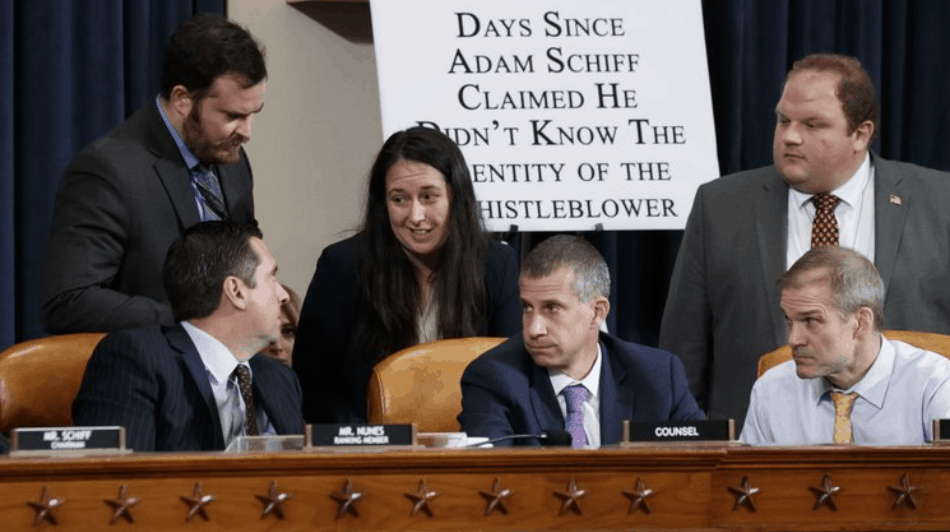 Congressional Republican support for President Donald Trump is showing no overt signs of buckling, the latest demonstration of how Democrats’ impeachment inquiry has left the two parties dwelling in different political universes.

Democrats have reveled in Ambassador Gordon Sondland’s testimony before the U.S. House of Representatives Intelligence Committee that Trump was requiring a “quid pro quo” — specifically, a public Ukrainian commitment to investigate Democrats in exchange for a Trump Oval Office meeting that their newly elected president badly wanted.

Yet GOP lawmakers said Sondland’s revelations about how Trump attorney Rudy Giuliani had delivered Trump’s demands to diplomats hadn’t changed their minds. Sondland told the House Intelligence Committee on Wednesday that he and others realized later that Ukrainian investigations were also Trump’s price for the embattled country to receive U.S. military aid already approved by Congress. 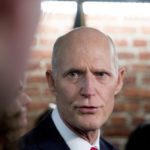 “I think this is a pretty boring reality show. It’s not going to get a second season,” Scott said.

Rooney, of Naples, said Sondland’s appearance left him undecided. And he bemoaned the partisanship that he said leaves both sides so starkly divided on issues, including impeachment.

“That’s the saddest part of the whole deal, it’s like Mars and Venus,” he said. 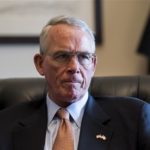 Rooney has said his retirement was unrelated to his openness to impeachment, but GOP lawmakers have long been wary of openly challenging Trump and the career-threatening retaliatory tweets that could result.

“A meeting, which is a nothing-burger?” U.S. Sen. John Cornyn, a Texas Republican, said of one of Trump’s demands. “The president can meet with whoever he wants to meet with, for a good reason or no reason at all.”

“None of this” has risen to level of meriting Trump’s impeachment, said U.S. Sen. Mike Braun, an Indiana Republican. “And I’m pretty certain that’s what most of my cohorts in the Senate are thinking.”

Even so, Republicans remain guarded about how voters will react to Sondland’s revelations and what fresh disclosures might emerge.

Polling has shown that while public opinion has shifted recently toward slightly backing Trump’s impeachment, Democrats strongly support the effort while Republicans vehemently oppose it. Independents have been divided.

“The question is, is this information enough to disrupt the equilibrium or not?” David Winston, a pollster who works with congressional Republicans, said of Sondland’s testimony. Winston said it “takes a lot” for people who have strong opinions on a subject to change them.

Republicans acknowledged they would be watching for the results of fresh polls and focus groups and monitoring the attention the inquiry receives back home.

For now, they said, there seems to be little shifting of people’s views and a sense that Democrats’ case against Trump is complicated and unwieldy for people to digest.

“The key word is he said he presumed, hadn’t heard it firsthand, it’s the same old thing,” Bacon said of Sondland’s testimony. Bacon said impeachment is on voters’ minds but leaves partisans on both sides entrenched in their views about Trump.

Even using the most charitable interpretation, Sondland’s appearance was a challenging day for Trump and his defenders.

A Trump contributor whom the new president appointed to represent the U.S. in the European Union, Sondland told lawmakers that he and colleagues worked with Giuliani “at the express direction” of Trump.

“Was there a quid pro quo?” Sondland asked rhetorically, adding, “The answer is yes.” He said Giuliani was “expressing the desires of the president of the United States, and we knew that these investigations were important to the president.”

“This is a seminal moment in our investigation,” House Intelligence Committee Chairman Adam Schiff, a California Democrat who is leading the impeachment probe, told reporters. He said Sondland’s statements had been “deeply significant and troubling.”

Another member of that panel, U.S. Rep. Jim Himes, a Connecticut Democrat, said Sondland had been “an extraordinary witness. He pointed right at the president.”

“I don’t think so,” said U.S. Sen. Richard Burr of North Carolina, chairman of the Senate Intelligence Committee, which has been conducting its own, bipartisan probe of Trump and Ukraine. He said Democrats must show that “there was an act that was committed that rose to the level of removal from office. I’m just like the American people, I’m waiting to see it.”

Still, suggesting a lingering sensitivity, several senators declined to discuss the issue or said they had not watched Sondland’s appearance, citing Senate business.

U.S. Sen. Susan Collins, R-Maine, said she had been at a committee meeting considering Trump’s nominee to head the Food and Drug Administration. Collins has declined to comment on the hearings, saying she would wait to vote on whether to oust Trump in a Senate trial should the House vote to impeach him.

“I have not seen any of the hearing at all,” she said. “I really haven’t. Not that I would comment anyway.”