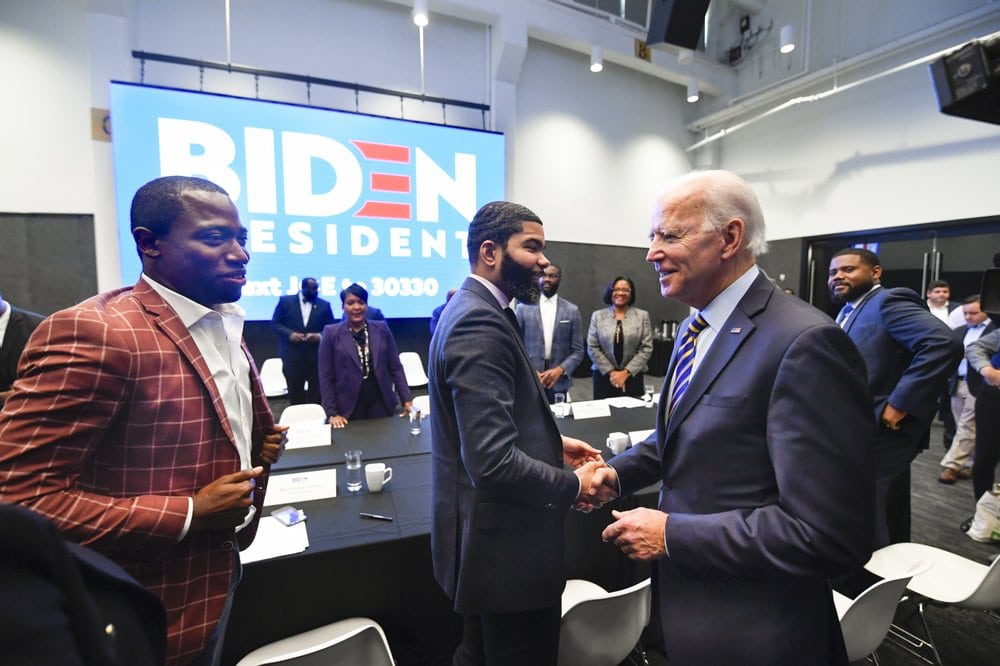 Such solid support helps explain why a 77-year-old white man is leading the most diverse presidential field in history among black voters.

After Kamala Harris challenged Joe Biden’s past opposition to school busing in a nationally televised Democratic presidential debate, the former vice president who prides himself on strong relationships in the black community was in an unfamiliar place, playing defense on race.

But Bebe Coker had a message for the man she’s known for decades: don’t back down. The 81-year-old education activist remembered the history differently than Harris’ portrayal, recalling black parents encouraging Biden to reject forcing black students to attend white schools.

“I told him not to back down off of that,” Coker, who is black, said in an interview. “I know Joe’s heart. I guess that’s why I’m rather defensive of him. Joe has always been straight-up Joe. But when things come back at people that don’t look like us, they will say it’s racist because it doesn’t sound right when it’s coming out of somebody else’s mouth.”

Such solid support helps explain why a 77-year-old white man is leading the most diverse presidential field in history among black voters. That backing has sustained Biden through a torrent of controversies that would sink virtually any other Democratic politician, including a series of awkward comments about race and persistent attacks from President Donald Trump on son Hunter Biden’s business ties in Ukraine.

It’s a pragmatic calculation among many African Americans, especially older ones, who believe Biden will appeal to white voters and can defeat Trump next year.

As other candidates make increasingly vocal appeals to African Americans, Biden says he stands apart because he’s been with black voters since the beginning of his political career as a member of the New Castle County Council in Delaware.

Black voters will be crucial in determining the next Democratic nominee. Biden’s support among this group gives him an important and sometimes overlooked advantage nearly two months before voting begins. While Biden is bunched near the top of the pack in the overwhelmingly white early voting states of Iowa and New Hampshire, he’s better positioned in the more diverse states that follow.

Black voters are a dominant force in South Carolina, where two-thirds of the electorate in the 2016 Democratic presidential primary was nonwhite, according to data provided by the South Carolina Election Commission. A recent Monmouth University poll shows Biden earning support from about 4 in 10 black voters while Sens. Bernie Sanders of Vermont and Elizabeth Warren of Massachusetts trailed with 11% each.

Warren has undertaken a particularly feverish effort to court black voters, delivering a well-received speech this month at historically black Clark-Atlanta University that connected the historic mistreatment of minorities to the broad menu of policies she has released.

On Sunday, Pete Buttigieg, who has struggled to appeal to black voters, kicked off a multiday trip through the South by attending a church service in North Carolina led by the Rev. William Barber, co-chairman of the national Poor People’s Campaign and a former North Carolina NAACP president. Sanders visited a black congregation in South Carolina, where he said Scripture calls for a renewed focus on justice.

People who have known Biden for decades speak to the depth of good will he has among black voters. They talk of Biden as someone who has known and courted black voters for more than a half century. That, they say, could make it difficult for other candidates who hope to persuade some black voters to change their minds.

“He knew our plight, he knew how we felt,” said Richard “Mouse” Smith, who met Biden as a kid in Wilmington, Delaware’s black community where Biden worked as a lifeguard during college.

“He walked through gangs, learned all nicknames, he was part of this community,” said Smith, who remains one of Biden’s oldest and closest friends. “Joe had to be accountable to the black leadership in this city. We made him.”

Biden has credited his early years in Delaware politics as formative, particularly the community known as “The Bucket,” the largely African American, downtrodden northeast Wilmington neighborhood that was home to housing projects, crime, drugs and violence. He returned to the area as a young lawyer during the 1968 Wilmington riots after the assassination of Martin Luther King Jr. He represented the community of New Castle as a county councilman, supporting public housing and opposing highway projects he saw as potentially harmful to black neighborhoods.

After his election to the U.S. Senate in 1972, Biden remained a fixture in the black community, a regular at the annual NAACP dinner and a commencement speaker at historically black Delaware State University. He talked to everyone, including the wait staff, according to people who knew him at the time. Most important, he listened, recalled Delaware State’s provost and incoming president, Tony Allen, who served as Biden’s speechwriter and special assistant when Biden was in the Senate.

“It almost seemed like he had a unique familiarity with people who might not have been advantaged,” said Allen. “He was always the last one to leave, making sure he connected with people and knew what their issues were. It’s kind of why a lot of African Americans affectionately call him ‘Uncle Joe.’ We feel like he’s got our back, he’s gonna consult with us and make the right decision.”

Atlanta Mayor Keisha Lance Bottoms endorsed Biden this summer and recently joined him at a meeting with other black mayors from the South who are considering which candidate to back. She vouched for Biden’s commitment to the black community even if he says things that seem in poor taste, such as his comments early in the campaign in which he fondly recalled being able to work with segregationist-era senators early in his career.

“The larger context of it was that you have to work across the aisle with people you don’t like, people who you don’t agree with,” she said. “I do it each and every day as mayor of Atlanta in a red state.”

Bottoms is a prominent surrogate with black voters, stumping for Biden in South Carolina and at historically black colleges. She’s among a few high-profile African Americans associated with his campaign, including campaign co-chair Cedric Richmond, a Democratic congressman from Louisiana and the former head of the Congressional Black Caucus.

Richmond first worked with Biden during the Obama administration and got to know him more as they campaigned for Hillary Clinton in 2016. He approached Biden about running in 2020 within months of Trump’s victory.

But Biden was unwilling to commit at the time, and Richmond refocused his efforts on the 2018 midterm elections. Looking at the electoral map, Richmond targeted nearly three dozen African American districts where he thought Biden could be the margin of difference, and he reached out to enlist his help.

Richmond credits Biden’s popularity with black voters to their ability to discern authenticity and the vice president’s relatability that transcends race.

“If they look at his life, they understand although he’s white, he’s had a life full of some very big ups, but some humongous downs,” Richmond said, adding that Barack Obama’s decision to choose Biden as his running mate sends a strong signal to black voters.

“We don’t want to lose,” Richmond said. “He’s our best chance and he was vice president to Barack Obama. The person he trusted the most was Joe Biden.”