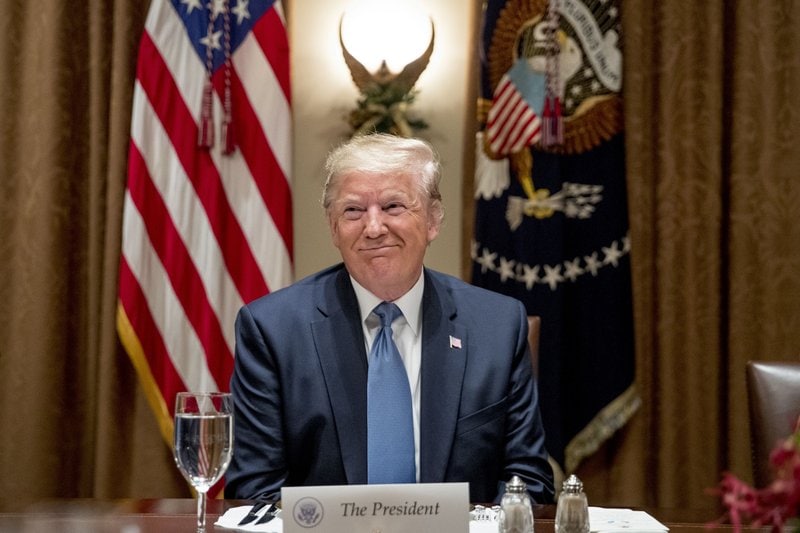 “We’re not accustomed to seeing Presidents suffer as many defeats in the courts as this President."

President Donald Trump knows he has fierce Democratic adversaries in Congress. But there is also ample push-back from the Judiciary branch, where black-robed judges who sit in courtrooms just blocks from the Capitol and in New York City have repudiated his view of executive power.

Federal judges in the last two months have accused Trump administration lawyers of “openly stonewalling” and of regarding presidents as kings while also deriding Justice Department legal positions as “extraordinary,” “exactly backward” and just plain “wrong.”

Taken together, the court rulings eviscerate the administration’s muscular view of executive power just as the impeachment inquiry against Trump accelerates. And they embolden Democrats in their pursuit of investigations into Trump’s government and finances.

“We’re not accustomed to seeing Presidents suffer as many defeats in the courts as this President,” said William Howell, a University of Chicago political scientist.

The administration at least temporarily lost its bid to shield former White House counsel Don McGahn from being questioned by Congress. It argued unsuccessfully to withhold secret grand jury testimony from special counsel Robert Mueller’s Russia investigation. And lawyers for the president have tried to keep the president’s financial records away from Congress.

In each instance, judges have overruled them.

To be sure, some of the most stinging losses have come from Democratic-appointed judges, and all could be overturned on appeal — well after the impeachment inquiry has ended, or after congressional Democrats have lost their appetite for the desired testimony or records. The Supreme Court, for instance, has already put on hold a lower court ruling directing Trump to produce his financial records in a case that falls outside the impeachment inquiry.

And another test that awaits — a former White House official’s challenge of a congressional subpoena — may yet be decided in the administration’s favor by a judge nominated by Republican George W. Bush.

For the moment, though, the defeats undercut White House arguments that executive branch witnesses and documents are outside the reach of congressional inquiry and make it unlikely that the administration’s expansive vision of presidential powers will form a lasting legal precedent.

Other administrations have tangled with Congress, of course, and been forced to provide documents. But the rapid succession of losses in such high-profile cases has been startling, along with the colorful, sometimes cutting, language of the judges who have ruled against Trump.

When the administration argued that McGahn was “absolutely immune” from having to testify, U.S. District Judge Ketanji Brown Jackson wrote that no such principle existed and dismissed as “neither precedential nor persuasive” Justice Department legal opinions the government had cited.

She said the administration’s assertion of absolute testimonial immunity for senior White House aides had “no foundation in law” and had distorted “established separation-of-powers principles beyond all recognition.”

In October, Chief U.S. District Judge Beryl Howell told a Justice Department lawyer that though she was a well-respected attorney, her arguments in a case over whether the department had to produce grand jury testimony from Mueller’s investigation were “extraordinary” — and not in a good way.

When the lawyer asserted that a judge in 1974 shouldn’t have authorized the release similar grand jury material from the Watergate investigation involving President Richard Nixon, Howell shot back, “Wow. OK. As I said, the department is taking an extraordinary position in this case.”

Weeks later, she ordered the administration to give the House transcripts of grand jury testimony. That order has been appealed, delaying the immediate disclosure of records. A federal appeals court heard arguments last month.

A New York judge in a case over whether Trump could be forced to hand over tax returns expressed similar exasperation when he asked a lawyer for Trump if he was really suggesting that the president could not be investigated while in office even if he shot someone in Manhattan.

In directing that Congress could see Trump’s banking records, a federal appeals panel in New York ruled just this week that the public interest in the information outweighed “the risk of a Chief Executive’s distraction arising from disclosure of documents reflecting his private financial transactions.”

Part of what’s unusual about the spate of defeats is that administrations have tended to eventually resolve disputes through compromise, but that has not been this White House’s style, said Joshua Blackman, a South Texas College of Law professor.

Former Bush White House counsel Harriet Miers initially resisted a court directive that she appear before Congress to testify about the firing of U.S. attorneys, but ultimately did so under the Obama administration under an agreement reached with Congress.

“Traditionally, when you have these sorts of disputes between the executive branch and Congress, there’s often litigation but the parties work out settlements,” Blackman said. “That is, a Cabinet official will testify but on a limited scope of topics. The Congress and the president reach some sort of deal.”

“Here,” he added, “the position from the outset is, ‘we’re not going to honor any of these subpoenas at all.’ So as a result, it’s all gone to the courts.”

Still, other than the disappointment of losing and the stinging rhetoric from judges, it is not yet apparent what practical impact the rulings will have, said Blackman, who believes the administration’s goal all along has been to drag out the requests to the point when the information might no longer be needed.

The Supreme Court’s action, for instance, probably means Democrats will not have the records before an expected vote on impeachment by year’s end. And a case on whether McGahn must appear before the House Judiciary Committee to discuss the Mueller report is headed for appeals court arguments next month.

Even if, for instance, McGahn is ultimately forced to testify, the president could still try to assert executive privilege to prevent him answering certain sensitive questions.

“We’re still a long way,” Blackman said, “from Don McGahn saying anything of use.”