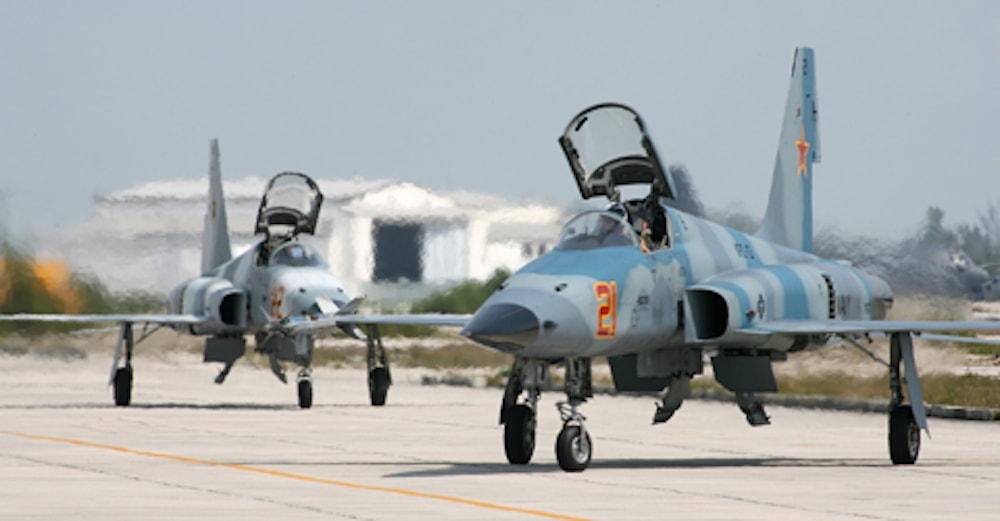 Federal authorities on Thursday charged Lyuyou Liao with entering a military property for the purpose of photographing defense installations.

“This is incredibly concerning,” Scott tweeted. “The safety of our men and women in uniform and the security of our military assets from foreign interference is a top priority.”

A criminal complaint filed by NCIS Special Agent Michael Miller states Liao was spotted at 6:50 a.m. Thursday walking along a secure fence line at NAS Key West’s Truman Annex. He ultimately walked around the fence where it reaches the waterline, bypassing ‘No Trespassing’ signs and other warnings.

Even after personnel stopped Liao and told him not to walk farther, he started to take photographs of the facilities within the “vicinity of sensitive military facilities.”

Liao told officers he was “trying to take photographs of the Sunrise” but ended up with photos of several Truman Annex buildings on his cellphone.

Liao told NCIS investigators he better understood English in writing. When details of charges were presented in writing, Liao waived his Miranda rights and was arrested for trespassing.

Scott, linking to a Miami Herald article about the arrest, noted this isn’t the first time Chinese nationals have been arrested for photographing the Key West facility.

Chinese student Zhoa Quianli pled guilty to similar charges in February and was sentenced to a year in prison, the Herald reports.

Cedric Leighton, a retired U.S. Air Force colonel and intelligence officer, told Quartz the arrests signal to him an ongoing espionage operation around the base, which houses the Joint Interagency Task Force South.

“We know that China often employs ‘runway watchers or ‘airplane spotters’ to monitor takeoffs and landings at US air bases,” Leighton told the outlet. “When I was stationed on Guam we knew that Chinese were monitoring our flight activity at Andersen AFB.”

The arrest notably also comes weeks after a shooting at NAS Pensacola, when a Saudi Arabian foreign national killed three and injured eight more before being killed himself. Scott then called for a halt of U.S. military programs to train foreign nationals at bases here.

previousU.S. mass killings hit new high in 2019, most were shootings