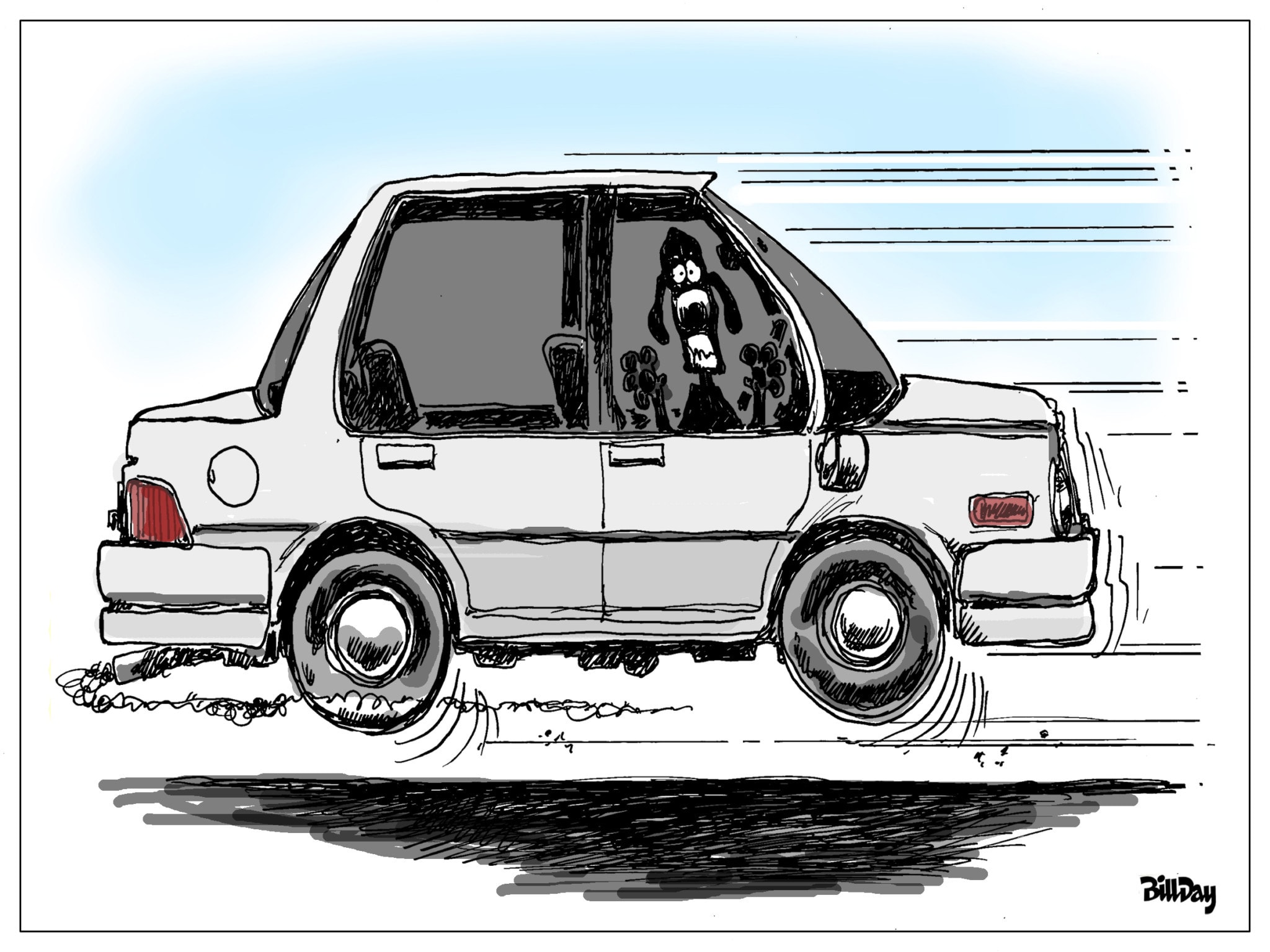 Bringing a stolen car back to the scene of a crime. Showing off shark bites at the bar before having them examined by a doctor. Calling cops on a roommate who stole some cheap weed.

These were some of the stunningly stupid but surprisingly unsurprising exploits of Florida man in the year 2019.

Sachs Media Group on Monday released its annual listing of the top stories of state civilians making national news for embarrassing reasons. As expected, the list includes usually criminal and always embarrassing escapades that give all residents a funny name. And no, none of them involve that certain Mar-a-Lago man.

Blame the algae-tainted water or Florida’s public records law — The Daily Show did with help for the Tampa Bay Times’ Craig Pittman. Or just blame the handful of mischief-makers (and one reckless driving dog) who this year fed the legend of Florida man’s foolishness.

Read this year’s top tales and vote (if you wish) in Sachs poll for the “most Florida story of the year.”

Steal a Jeep, Lose a Phone

The Polk County Sheriff’s Office said Ronnie Dillon Willis showed up at a home with a stolen Jeep looking for his phone. Authorities told Patch a deputy was at the house interviewing a victim about the auto theft when Willis arrived, saying his cellphone was pinging back to the residence. In addition to grand theft charges, Willis also got arrested on charges of driving with a suspended license.

Fish and Wildlife issued a citation to Paul Fortin for feeding bagels to an area alligator. But Fortin landed himself in jail when he resisted arrest and insisted the 10-foot beast was a “good boy” and a “good friend,” one he regularly fed human food at the neighborhood pond. He reiterated this to the local News 6 while comparing himself to Dr. Doolittle. “He lets me pet him,” Fortin said. “He just sits there and he loves bagels … He was such a good friend.”

Who needs medical attention when you could get a round of free drinks? Surfer Frank O’Rourke survived a shark attack on Jacksonville Beach, was treated by lifeguards, and then took his story to the bar. Friend RJ Berger ended up sharing photos and the story to News4Jax. “”He immediately went to a bar ’cause he was like, ‘I got bit by a shark,’ and people were like, ‘I’ll buy you drinks.’ So he went and hung out at the pier,” Berger said.

Pasco County Sheriff’s Deputy N. Zalva said the office got a strange 911 report in October. A man claimed his roommate had stolen $20 in personal belongings, specifically a quantity of still-illegal-for-recreation-in-Florida marijuana. It could have been an easy drug bust, but Zalva just told the guy to stop calling. “I had to give him a call and tell him to stop calling about his weed,” he said in a message shared on Twitter.

A joyrider doing reverse circles in a Port St. Lucie cul-de-sac in November turned out to be not a Florida man but a Florida dog. Neighbors shared video with CNN of a black Labrador who got into his owner’s running car and put it into reverse. There were no casualties outside a mailbox and some garbage cans before cops eventually got the dog out of the driver’s seat.

Hillsborough County Sheriff’s deputies say Barry Hastings pulled over the wrong car while posing as a police officer in July. News Channel 8 reports he got busted after pulling over an off-duty deputy, then when questioned about his credentials tried to flee the scene. A search of his car turned up a siren box, CB radio and fake light setup.

Who knows how many times Connor Michael Proleika revved his engines on a Tampa Bay road and challenged a driver to a drag race? But the dumbest moment came in November, when he challenged a Clearwater police officer. But the Tampa Bay Times reports he did manage to reach 124 mph on the Courtney Campbell Causeway before the cop hauled him off to jail.

Imagine how much soda your boss’s rare coin collection could buy? That type of logic seemed to prevail when Shane Anthony Mele stole $33,000 worth of rare coins, then decided to run them through a CoinStar machine, according to the Palm Beach Post. He ended up with about $30 after fencing all his loot to a machine.

There’s high-speed chases, and then there’s Mark Mastromarino’s getaway. Well, Mastromarino at first fled from a St. Johns County Sheriff’s deputy in a stolen Ford Mustang at speeds of up to 103 miles per hour, but after he abandoned the hot rod, things decelerated quickly as he tried to get away — in a canoe. That proved less effective, reports News4Jax

Out For A Cold One

Indian River County Sheriff’s Deputies caught one alleged thief for a less-than-chill move. Deputies say Donnie Allen Goss shoved a 12-pack of beer into a duffel bag and tried to leave the store. When caught, he told authorities that he’d bought beer from Publix days ago but they wouldn’t let him exchange it after it got warm in his home.

previousLast Call for 12.30.19 — A prime-time read of what's going down in Florida politics