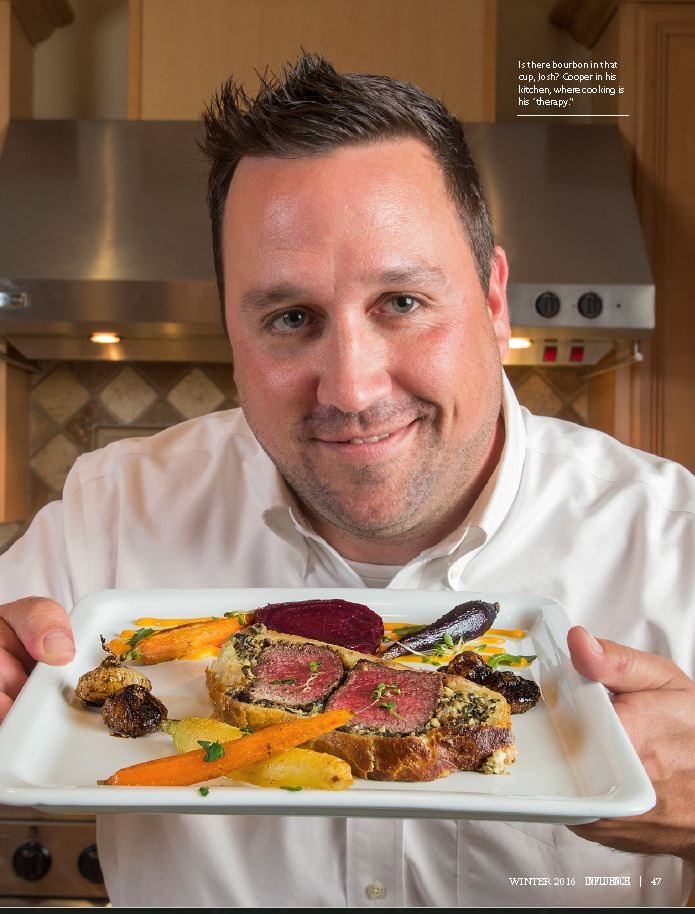 John Cooper is well known for his political expertise.

But he could soon be better known for his other talents.

Cooper in recent years has been a staple at cooking competitions. Last year, he and his teammates made a top-10 showing at the 7th Annual World Food Championships (WFC) by cooking up a Coconut and Mango Glazed Mahi Mahi with Avocado and Mango Salsa.

This year, he fared even better.

At the 8th Annual WFC, Cooper became the 2019 World Seafood Champion thanks to his “Pan-Seared Scallops with Caviar Champagne Beurre Blanc.”

It wasn’t the only dish he whipped up in the competition. In order to make it to the final stage of the seafood challenge, teams had to ace “Southwest Grilled Oysters” and then prepare any seafood dish they desired. The top scoring teams through the first two courses advanced to the next round.

The competition only became more intense.

“After the Opening Round, we were tied with the reigning World Seafood Champion (Beau Smith) and the 2017 World Food Champion (Lisa Gwatney), who was leading the pack in first place,” said Cooper. “We were still optimistic, but we knew we had to execute well.”

The final round required competitors to infuse Hackleback Sturgeon Caviar into their entry, and Cooper’s pan-seared scallop dish launched him into the top position.

When asked how he felt when his name was announced as the winner, Cooper said, “The best part about competing in Dallas is that my wife’s family is from there, so they got to be part of celebrating my win. I was in shock when it happened. I think my stepson was more excited than me. It’s a very humbling and exciting experience.”

With the win under his belt, Cooper gets an automatic entry into WFC’s Final Table Challenge in Indianapolis in May 2020, where he will compete against champions from nine other categories for a shot at the ultimate Food Sport crown and $100,000 grand prize.

“This experience has been absolutely incredible both personally and professionally,” said Cooper. “Going into the Final Table, our team is very confident without being cocky. We are used to cooking outside of our category, and I do have a lot of experience. With that being said, we also know we are going up against some extremely talented cooks.”