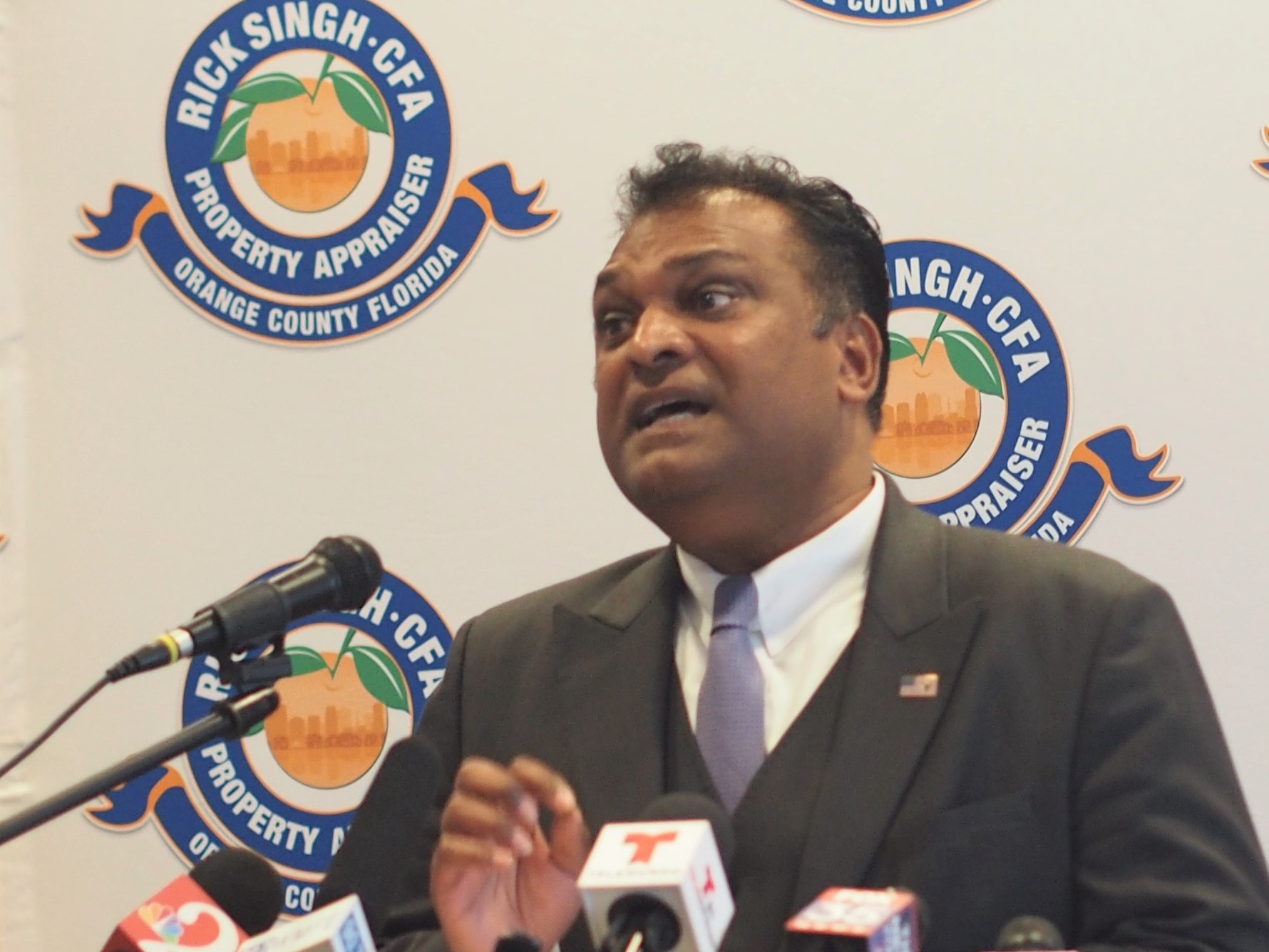 The report on WFTV, the ABC affiliate, says that the state police recommended to the State Attorney’s Office in December that Singh be criminally charged with 10 counts of official misconduct.

No charges have been filed. The State Attorney’s Office is reviewing the FDLE report, the station reported.

A spokeswoman for Singh’s office, Beth Watson, said late Tuesday, “We have no knowledge of any pending charges or any FDLE recommendations,” and so declined to comment further.

The FDLE reportedly took up an inquiry into Singh and his office in late November 2018, shortly after former employees of Singh made numerous allegations of misconduct in federal whistleblower lawsuits.

Those suits alleged he had manipulated finances, reports and audits to cover up unethical and illegal activities, and led a hostile work environment that included sexual and racial harassment. One lawsuit, from former OCPA Finance Director Aisha Hassan and former OCPA Communications Director Laverne McGee, follows a complaint the pair first filed internally in 2017 covering many of the same issues. They also alleged they were eventually forced out of office because of that initial complaint.

Another whistleblower suit was filed by another former employee, Willis Perry, which was settled. The Hassan-McGee suit still is active.

WFTV’s report Tuesday, by reporters Shannon Butler, Jason Kelly, and Christopher Heath, stated that the news station had investigate reports of misspending in Singh’s office prior to the lawsuits.

The Hassan/McGee suit raised a wide array of allegations of misconduct that ranged from accusing Singh of manipulating property appraisals to punish enemies, to destroying public records, to bringing strippers into the office after hours.

They also alleged that he had mixed official and campaign work within his office during his 2016 reelection campaign.

Singh has consistently and vigorously denied it all.

A statement released in November 2018 noted that the earlier, internal complaints had been found by an outside investigator to be baseless. The statement characterized the lawsuit allegations as “completely baseless and clearly made with the sole intention of damaging” him personally.

In a related matter, WFTV noted that the FDLE sent its recommendations to the State Attorney for Florida’s 9th Judicial Circuit, which covers Orange County, but that office recommended the case be transferred to Florida’s 7th Judicial Circuit, which is based in Volusia County, because of a conflict of interest within the JC 9 office. Gov. Ron DeSantis approved the transfer, WFTV reported.

Singh filed in August to seek reelection to a third term in the office. He is being challenged by fellow Democrat Khalid Muneer, who began his campaign in August by citing the scandals raised against Singh and declaring that credibility and trustworthiness are lacking in the office.

nextLast Call for 1.7.20 — A prime-time read of what's going down in Florida politics