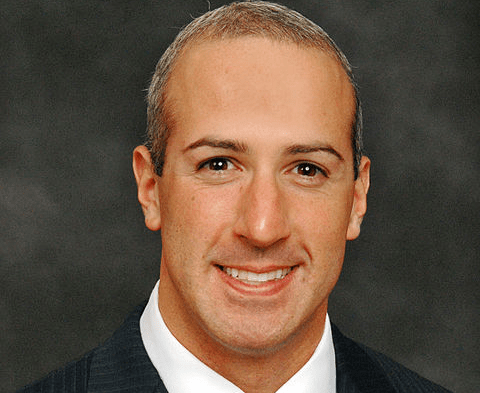 The complaint revolves around a 2017 article publicizing tweets by Abruzzo’s estranged wife Brandy, whom he has since divorced.

“The false statements and scandalous tweets are, standing alone, unsettling and disturbing,” reads the complaint. “But, when published to the Tampa Bay Times ’ 240k plus readers, they are offensive, insulting, humiliating, demeaning, and damaging to Plaintiff Abruzzo and his reputation.”

The lawsuit, filed on Dec. 24, called Bousquet and Times editors unapologetic for the story.

“The Tampa Bay Times proclaims itself to be one of the most respectable publications in the nation,” the complaint reads.

“Therefore, when the Tampa Bay Times libels a person, the defamatory sting is disproportionately strong in terms 0f its impact on the average reader.”

Joe Abruzzo was serving in the Florida House at the time the article was published. The piece cited tweets from Brandy Abruzzo’s since-deleted Twitter account. She posted audio of personal conversations between the two talking about their relationship. She also alleged she had later tried to get a copy of the police report but the Palm Beach Sheriff’s Office said it no longer existed.

But actually a report did exist, but it showed Joe Abruzzo as the one who initially called police to the residence over an altercation at the home. It also indicated there was no evidence of violence

Joe Abruzzo filed for divorce from his wife in 2015, two years before any of these events or the Tampa Bay Times story. The divorce was finalized on Dec. 26 of 2018. Contentious process included custody arguments over the couple’s child, and Joe Abruzzo os now the primary caretaker.

“Had Defendants preformed any investigation or fact checking, they would’ve discovered that contrary to their statement of their lone source, a CAD report did exist for the incident in question, and that CAD report contradicted Mrs. Abruzzo’s and Defendants false and defamatory allegations that Plaintiff had committed an act of domestic Violence against Mrs. Abruzzo, nor did the police ‘Erase’ any report or Plaintiff Abruzzo engage in any type of corruption,” Abruzzo’s lawsuit reads.

The lawsuit said that as a result of the article, several other media outlets including Anti-Corruption Digest.

The original Tampa Bay Times article remains online and has never been corrected or retracted.

That shows the publication has knowingly spread false and defamatory statements about the prominent politician, the lawsuit alleges.

“Defendants acted with actual or constructive knowledge of the high probability that injury or damage would result to Plaintiff or, at a minimum, was so reckless or wanton in care that its conduct constituted a conscious disregard of or indifference to Plaintiff’s rights,” the lawsuit said.

The complaint accuses the newspaper and Bousquet of a count of libel and defamation.

The divorce drama for Abruzzo also briefly gained national attention when he dated Kathryn Dennis, a reality TV star on Bravo’s Southern Charm. In a Season 6 episode, friends of Dennis question her when they find articles about Abruzzo’s divorce online, according to The Daily Dish. The two later broke up for unrelated reasons.

previousLast Call for 1.9.20 — A prime-time read of what's going down in Florida politics