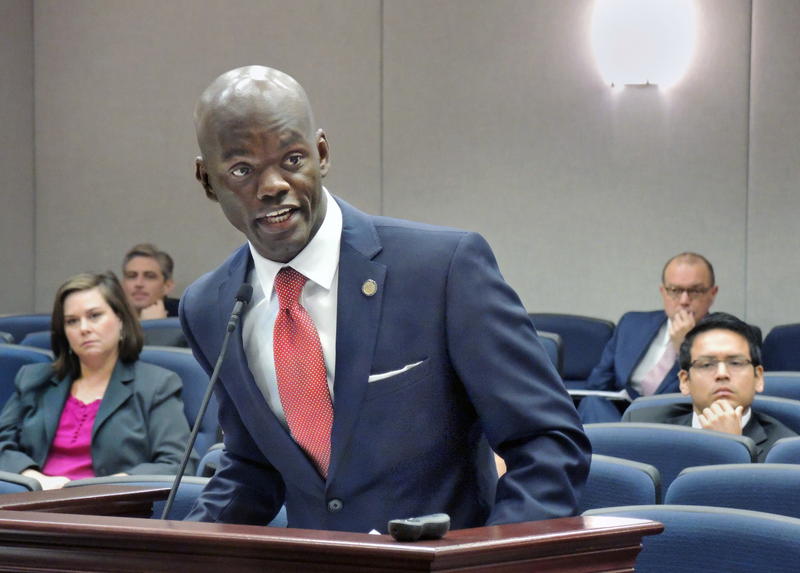 The move comes after Gov. Ron DeSantis put forward a $603 million package to bump up salaries for new teachers.

The push comes after Gov. Ron DeSantis put forward a $603 million package to bump up salaries for new teachers. The Governor’s proposal would set the starting teacher salary at a minimum of $47,500.

But groups such as the Florida Education Association (FEA) have questioned what would happen to veteran teachers, some of whom make less than that amount. Other teachers who make just over that figure would also miss out on a pay bump.

“We still hope to hear about what Gov. DeSantis plans to do to retain experienced teachers who have devoted years to their students, and about how his administration will provide fair, competitive pay for all the people essential to our schools — bus drivers, paraprofessionals, food-service workers, office staff, custodial personnel and others,” FEA President Fedrick Ingram said.

Finally, by July 1, 2022, those teacher salaries would either receive another 4% increase or be raised to $51,376, which number is higher.

McGhee would also give a pay bump to educational support employees. Those employees include janitorial staff, clerical workers and other nonadministrative and noninstructional employees.

“Public school employees work long hours for little money because they love their calling,” McGhee said in a Thursday statement on his legislation.

“We must do better, and this will put Florida on the right path.”

But judging by the comment of House Speaker José Oliva, there doesn’t seem to be much of an appetite among House leadership for such a move. Oliva even scoffed at DeSantis’ original proposal, which only targeted starting salaries.

“My initial thought is one of gratitude for those who came before us and saw it fit to bind us and all future legislatures to a balanced budget,” Oliva said at the time.

nextAuburn specialty plate legislation back in play for 2020 Legislative Session