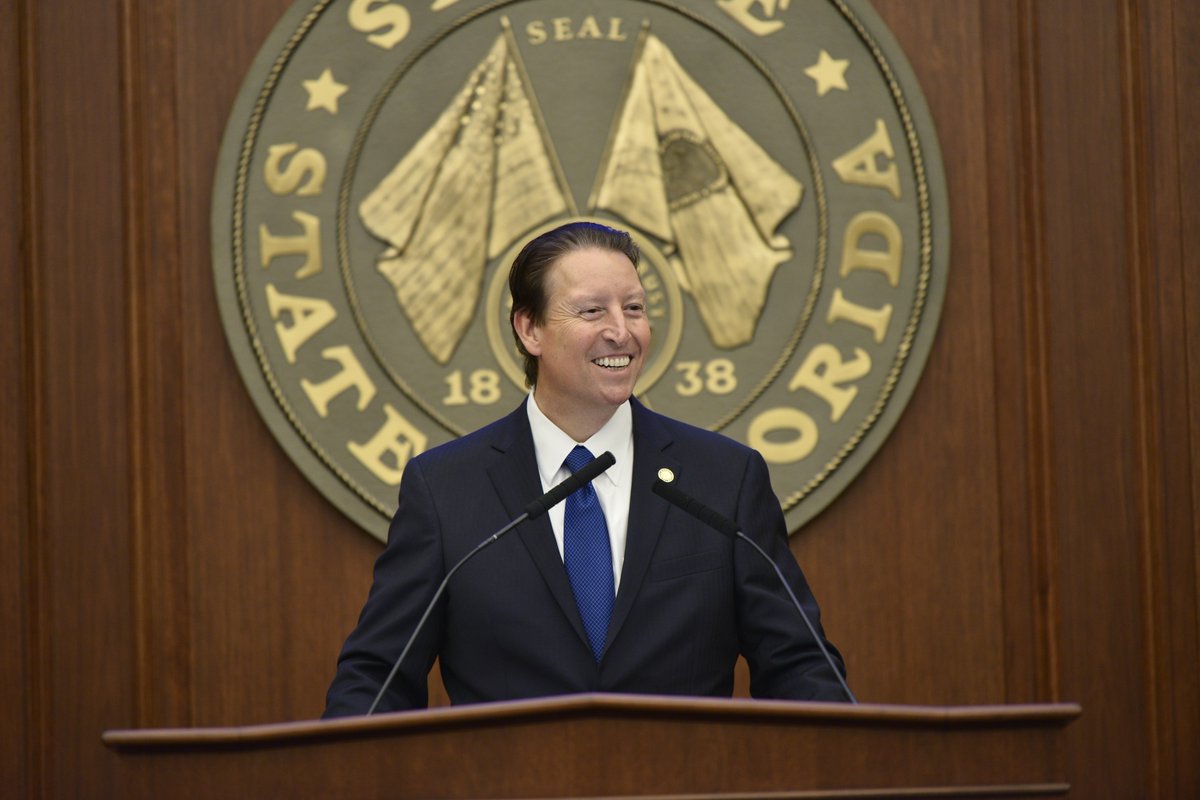 “I’m playing the hole I’m on, as my Dad would advise.”

Politics is a game where officials often get distracted by the next bill, the next election, the next office. But as Senate President Bill Galvano heads into his 16th and final Legislative Session, he’s focused consciously on the moment.

“My plan right now is to be the best possible Senate President that I can and empower the Senators,” he said. “I’m playing the hole I’m on, as my Dad would advise.”

His father would be the late Phil Galvano, one of the greatest golf pros of all time. But, these days, that phrase is more associated with Galvano the politician. It’s representative of the philosophy of a Senate President known as much for his dedication to a smooth process as he is to rigid philosophical goals.

And yet, Galvano’s first Session as Senate President saw many long incubating conservative goals met — an expansion of school vouchers, a ban on so-called sanctuary cities, restrictions on amending the Florida Constitution. Some of these were issues that have failed to move in the Senate for years, even when Republicans held a much wider majority than convenes there today.

But as Galvano describes the proceedings, he’s just opening a path for his members to carry bills forward.

“President Galvano has been remarkable to work with,” said state Sen. Lizbeth Benacquisto, Rules Committee chair. “He’s really allowed work in service of the members and remarkable things have happened as a result.”

It’s not that the Bradenton Republican doesn’t have goals of his own. Indeed, lawmakers serving the same region say the Senate President has exerted some significant lifting to serve Southwest Florida.

The most notable place where that money will be spent likely lies on the still loose corridor of land where the Heartland Parkway will be paved. The toll road was part of a major expansion of Florida expressways that Galvano made his own top priority in the 2019 Session. The project drew ire from environmentalists, who predict the roadways will spur sprawl and destroy animal habitats. But Galvano has maintained that particularly the roadway from Polk through Collier counties will bring vitally needed economic growth to inland counties.

“Done right, the net effect could be a more stable and more environmentally friendly infrastructure,” he said. “That’s why the swaths were large enough to allow this type of planning.”

In a world of autonomous cars and information-based industries, a roadway through areas like Glades and Hendry counties has the potential to create jobs without the pollution associated with heavy industry. And it gives commercial potential to areas once dedicated to an agriculture industry that can no longer support entire communities.

Of course, Galvano doesn’t always get the credit but his Senate presidency also came at a time when Republicans lawmakers more unabashedly embraced environmental terminology. While the words “climate change” notably vanished from the state lexicon during Gov. Rick Scott’s tenure in Tallahassee, the Senate today has more eagerly discussed the topic. Galvano said that has come as lawmakers focused on concrete events happening within their communities.

“You’re talking more about what are the impacts,” he said. ”With sea level, that leads to conversation about coastal resilience and how we plan. I’ve had enough conversations with elected officials from coastal areas local and otherwise to know that we are our wise to make sure we are resilient in many different ways.”

It’s likely to be a conversation that continues for years in a state bordered on three sides by ocean. But Galvano expresses confidence Florida will find a way forward that protects the quality of life and citizenry.

Galvano has developed a reputation for promoting civility with a signature calmness, one that always seems serious but never panicked. It’s a clear-headedness many a lawmaker emulates in their own way.

State Rep. Will Robinson, a freshman Republican from Bradenton whose first job out of college was working in Galvano’s law firm, considers Galvano the “finest lawmaker to ever come from Manatee County.”

“He is exceptionally professional and hard-working and open-minded,” Robinson said. “His style has served him well and allowed him to build a lot of coalitions, as opposed to merely being a flamethrower who likes to debate one side or the other.”

Through his years both in the Florida House and the Senate, he has become intricately familiar with a variety of topics from gaming pacts to gun control. Now he wields the gavel one more time as the 2020 Session begins.

previousJohn Legg: Teacher pay, student performance must be Job One for 2020 Session