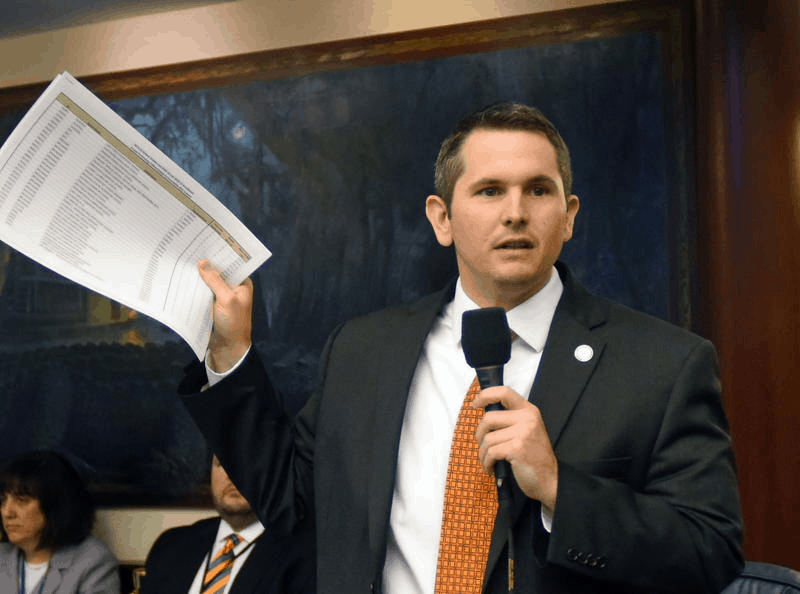 After a successfully 2019, Fischer is again eyeing an aggressive 2020 Session.

Rep. Jason Fischer, a second-term Republican, had a strong Session in 2019: Of the nine issues he championed, seven got through.

2020 sees Fischer again carrying a number of bills, some more controversial than others. Expect the Jacksonville Legislator to be out front on a number of the Session’s most hot-button issues.

One such piece of legislation: HB 1011, a bill that would pre-empt local regulations on short-term rentals, leaving regulatory authority with the state.

Fischer notes the “patchwork quilt” of local regulations, saying his bill would offer “clarity and consistency” statewide to what currently is a muddled mosaic of laws varying from one town to another.

The Jacksonville Legislator also seeks to expand the use of drones with a bill (HB 659) that would allow state agencies, such as the Florida Fish and Wildlife Conservation Commission, to use the unmanned aircraft over swamps and other people-free places where invasive species and other nuisances have proven problematic.

Fischer thinks this bill, which would not expand mass surveillance by law enforcement, lines up with the Governor’s focus on environmental issues.

He is also carrying a proposal to streamline communications services taxes (HB 701) that would save taxpayers at least $2.1 million. It would set just two rates of taxation: charter counties and non-charter counties, eliminating local taxes and reducing the overall tax rate.

The idea, again, is clarity and consistency.

Fischer, chair of the Joint Legislative Auditing Committee, is also carrying a measure (HB 1209) that would create a mechanism for citizens to dissolve “corrupt” cities via referendum.

Cities like Opa-locka, Port Richey and Palm Bay came to the Legislator’s mind when asked about the bill. Rep. Amber Mariano late last year pulled a bill that would have asked voters whether to dissolve Port Richey as a city. The city found itself rife with scandal after its former Mayor was arrested and charged with practicing medicine without a license, and then two other officials left office amid allegations of conspiring with him.

“Something needs to be done when local control goes sideways,” Fischer explained.

Speaking of referendums, Fischer is also carrying a local bill that would allow Duval County voters to decide in 2020 whether they want an elected School Superintendent.

If the bill (HB 1079) passes and the referendum is successful, the position would become elected in 2022.

The House would have to pass the bill before the Senate considers it as a full body. Fischer is confident it will pass the Senate, even with some Democratic votes.

Some have suggested Fischer wants to run for Duval School Superintendent. He vigorously denied that was the case.

Indeed, there are some suggesting he may be part of an interesting 2022 Senate primary. With Sen. Aaron Bean termed-out, Fischer, along with fellow Reps. Cord Byrd and Clay Yarborough, may be expected to test the waters.

However, when asked, the voluble lawmaker noted his focus is more immediate.

“My focus is on Session,” Fischer quipped. “It starts Tuesday at noon.”