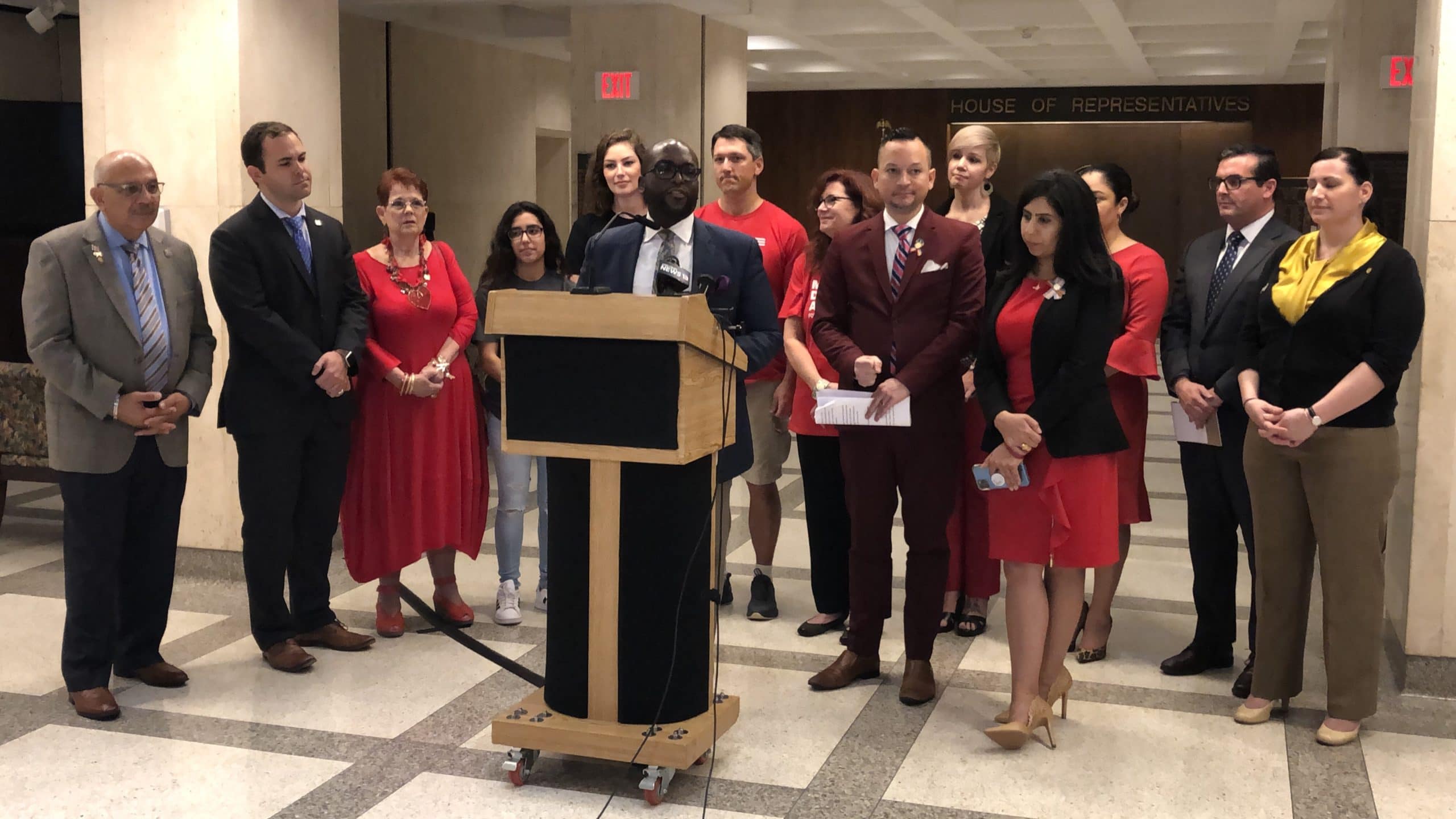 Rep. Shevrin Jones speaks at Democrats' press conference on gun control proposals on the eve of the 2020 Session.

The conference, led by Orlando Democratic Rep. Carlos Guillermo Smith, was a plea by Democrats for Republicans to hold hearings on their bills or negotiate compromises.

“Year after year, House and Senate Democrats file gun safety bills that are repeatedly ignored by GOP leadership,” Smith said. “Democrats have identified plenty of common ground with our Republican colleagues for which to take action.”

He highlighted Sen. Lauren Book and Rep. Margaret Good’s bill for universal background checks (SB 94/HB 451). That measure, he said, is supported by 90% of Americans but has not been scheduled a hearing.

“The people of Florida expect their elected officials to have an honest discussion on ways to keep them safe and that includes gun violence-prevention methods,” Smith said.

His and Sen. Gary Farmer’s measure for an assault weapons ban (HB 627/SB 1208) has been filed for four consecutive years.

“There’s a reason why that constitutional amendment and that ballot initiative exist,” Smith said. “It’s because advocates across the board have understood that the way to get something done is not to work with the Legislature. It’s to work around the Legislature.”

“This year, Democrats have filed over thirty bills to curb gun violence because we know that there is no single end-all solution to the epidemic of gun violence,” Smith said. “We also know that inaction is not an option.”

While the representative remains hopeful for a compromise, most gun control bills have not been given a hearing in past Sessions.

“We were told last year, when Democrats requested a special Legislative Session to deal with gun violence prevention, that we don’t need a special Session because the 2020 Session is around the corner. Here we are,” Smith said.