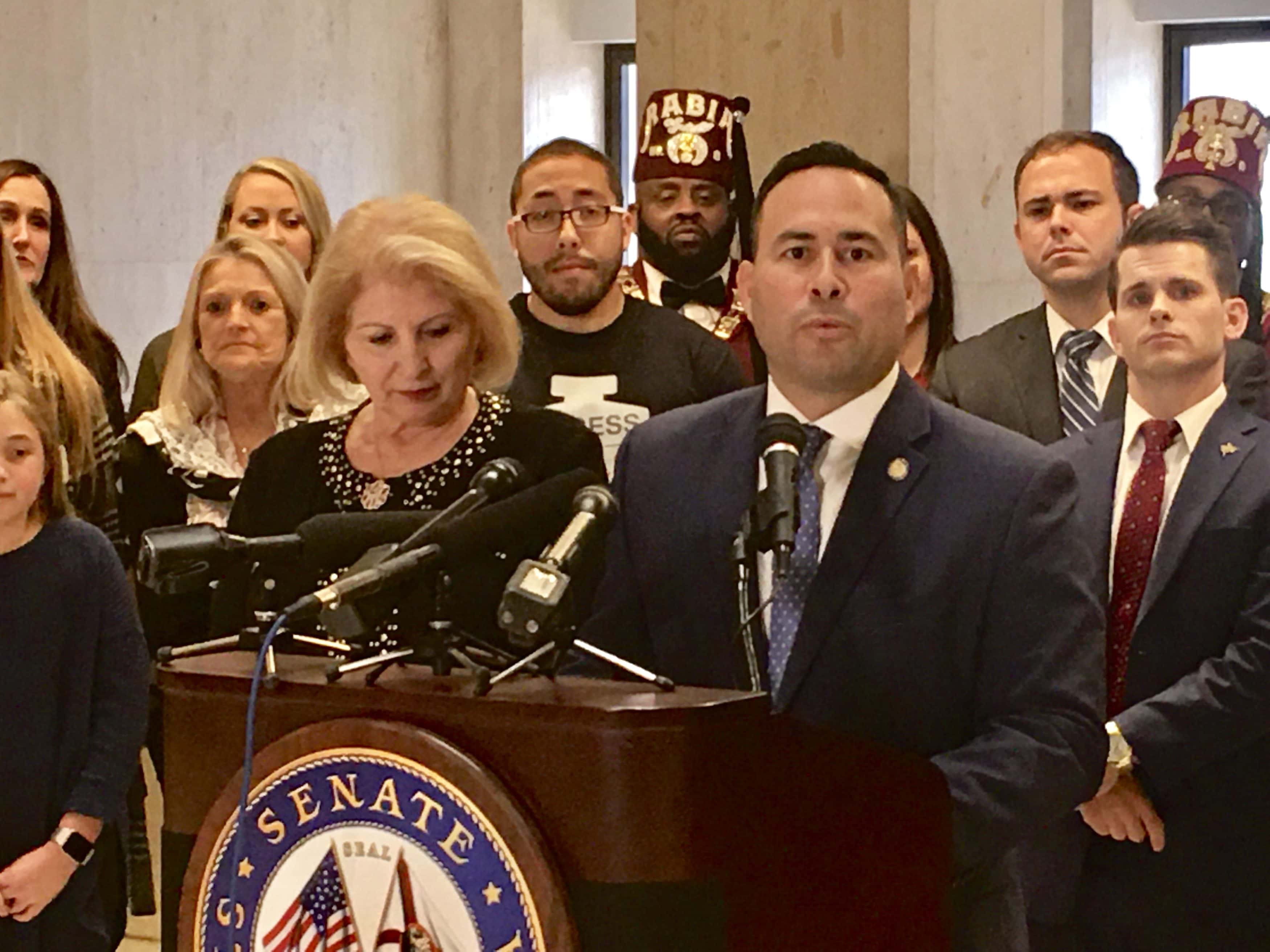 The bill would cap monthly costs for the drug at $100.

A bill aimed at reducing costs for insulin to treat diabetic patients cleared its first committee in the Senate Wednesday.

Sen. Janet Cruz’s bill (SB 116) easily cleared the Senate Banking and Insurance committee after a half-hour of emotional testimony from patients suffering from diabetes and parents raising children who have been diagnosed with the disease.

The bill would limit costs for patients to $100 for a 30-day supply of insulin regardless of how much or what type of the drug was needed.

The bill comes as states nationwide grapple with how to tackle the soaring cost of prescription medications, including insulin.

Insulin is the drug used to control blood sugar in diabetic patients. Without it, many patients would die.

But the cost has become unbearable for some patients.

One adult suffering from Type 1 Diabetes, Chris Clark, testified in Wednesday’s hearing that over the 16 years since his diagnosis he’s paid about $1,000 a month for insulin, amounting to a $192,000 expense and counting. His wife testified that she and her husband have put off starting a family because of the exorbitant costs they face. The couple is insured.

But while the Clark family is putting off having children to afford the cost of treating diabetes, others are forced to ration their medicine, which means they take less than what doctors recommend in order to save money.

A 2018 T1 International patient survey of nearly 1,500 patients from 90 countries found that 18%of all respondents had at some point in the previous 12-months rationed their insulin due to cost. That same survey found that among United States patients, nearly 26% had rationed the drug, highlighting the disparity of prescription medication affordability in the United States compared with other countries.

Further, the survey found that in high-income countries other than the U.S., only 6.5% had rationed medicine.

Rationing can be deadly.

Cruz explained others are forced to decide whether to skip other expenses to afford insulin. They might skip a rent payment or skimp on groceries. In addition to insulin, nutrition is a key part of diabetes maintenance.

The bill cleared its first committee stop with an amendment that would apply the price cap not just to large health care plans through big companies, but also to smaller businesses.

Committee Chair Doug Broxson emphatically supported Cruz’s bill, but signaled some potential challenges ahead as it moves through the 2020 Legislative Session.

“If it was not a legal drug … we would call it a cartel. We don’t like cartels,” Broxson said.

Cruz’s bill heads next to the Appropriations Subcommittee on Agriculture. Its House companion (HB 109) has not yet been scheduled for a hearing.