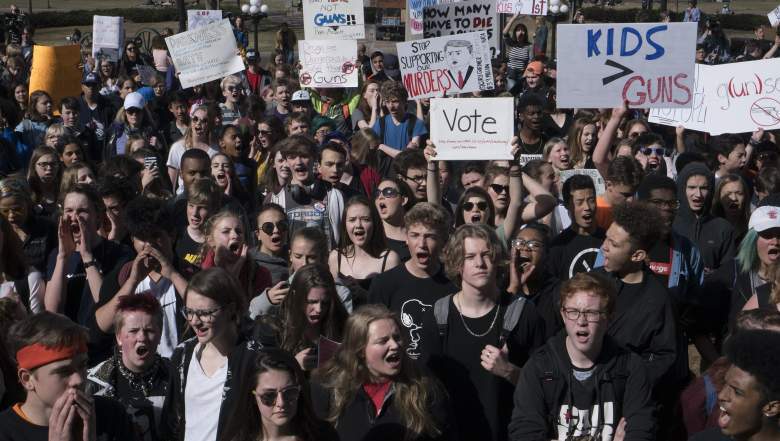 Southern Poverty Law Center filed suit on behalf of M4OL and other plaintiffs.

The most politically influential groups formed in the wake of the Parkland shooting will soon see each other in court.

Southern Poverty Law Center on Wednesday announced it was filing a suit on behalf of March For Our Lives and other groups against the Marjory Stoneman Douglas High School Public Safety Commission.

The complaint alleges violations of the Florida Sunshine Law, which requires meetings of state government advisory boards to be open to the public.

“These advocates wanted to provide a voice the Commission has ignored — that of the very students it was created to protect,” the complaint reads. “They planned to explain to the Commission how the policies it has recommended make Florida’s students less, not more, safe, to ask the Commission to reconsider its initial recommendations.”

The lawsuit lists the Commission, its chairman Bob Gualtieri, who is also Pinellas County Sheriff, and Florida Department of Law Enforcement Commissioner Rick Swearingen as defendants.

The case specifically centers on an Oct. 16 meeting last year when students, while en route to the event, learned at 2 p.m. the Commission would take public input early. That made it impossible for several traveling to the meeting to make their presentations. The meeting ultimately ended earlier than its advertised time.

“After finding out I would not be able to speak at the meeting, I was infuriated,” said Kinsey Adams, a member of March For Our Lives. “I could not believe the Commission would go to such a measure to silence the people they claim to be protecting. But I will not be silent.”

Robert Schentrup, whose sister Carmen died in the 2018 mass shooting at Marjory Stoneman Douglas High School, said he was also denied the right to speak.

“My sister was one of the 17 victims,” Schentrup said. “For me my advocacy is a way that I try and make sure that I’m doing whatever I can to prevent the tragedy that occurred to me from occurring to other families.”

Attorneys at SPLC have been highly critical of the Commission’s actions and of its ultimate findings.

The advisory board previously made a controversial recommendation to allow districts to arm teachers who participate in a guardian program. The Legislature approved such a move last year.

The failure to allow dissenting voices, even from the March For Our Lives movement that sprung from the shooting, went too far, attorneys said.

“We raised these concerns both in person and in a letter to Commission Chair Sheriff Bob Gualtieri, but were ignored,” said Bacardi Jackson, managing attorney for the SPLC.

“The Commission has shown no regard for the law and the communities it is charged with protecting. We are suing to ensure our clients’ voices are heard.”

The lawsuit calls for the courts to stop the Commission from issuing further recommendations until the Sunshine Law concern is addressed and cured.