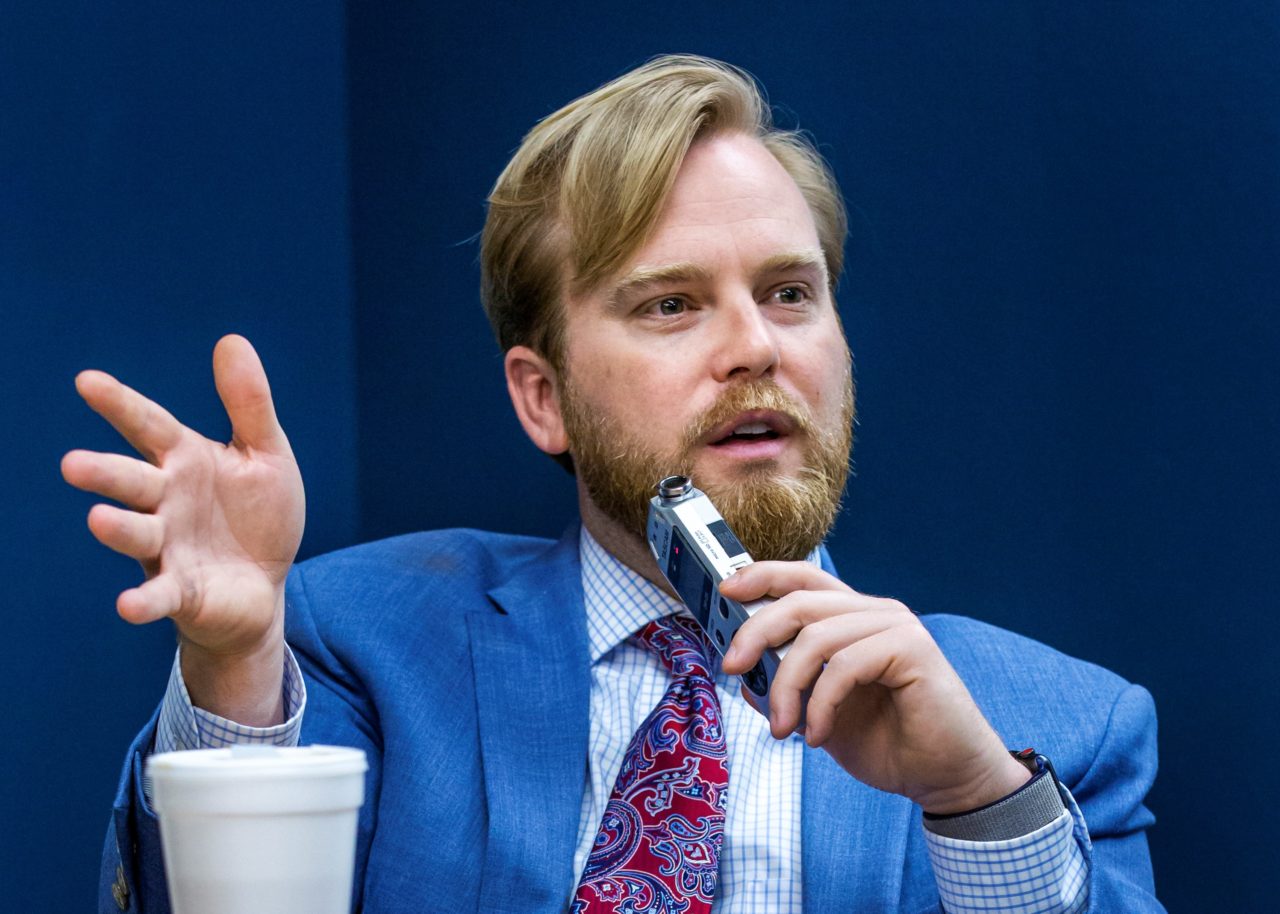 The bill would shorten the amount of time groups can collect petitions.

The House Judiciary Committee took the first step Thursday in making it harder for Floridians to propose constitutional amendments through citizen initiation.

Rep. Jamie Grant, a Tampa Republican who chairs the committee, delivered a fiery defense of his proposed committee bill (PCB).

The bill includes several provisions including raising the threshold of voter petitions to trigger language review, transparency measures requiring disclosure of out-of-state participation and shortening the amount of time groups have to gather petitions.

The bill would also require groups pushing for a ballot initiative to pay for the signature verification process with local supervisors of elections offices.

For the 2020 ballot, groups must gather and have verified a total of 766,200 signatures to get an initiative on the ballot. That number is updated each year based on voter turnout in the previous election.

Grant’s measure would not increase the total number of petition signatures needed to make the ballot, but it would increase the threshold for triggering judicial review from 10% of the petitions gathered to 50%.

Grant’s argument is that change would save taxpayer dollars by only burdening the courts with judicial review if a ballot initiative was well on its way to the needed signatures for the ballot.

Critics, however, argued the threshold would make it difficult for groups to raise money to gather petitions.

“Until I get to 10% nobody is going to write me a big check. When I get to 10% then I can get the big checks,” said Jodi James, chair of the group Floridians for Freedom.

James is a longtime advocate in the Legislature for passing medical cannabis laws. When she hit a wall, she launched a petition effort to make it happen.

Rich Templin, legislative and political director for the AFL-CIO, further argued increasing the point at which ballot language is reviewed would hamper and even altogether kill group’s ability to make needed changes identified through the review process.

“10% allows you to find out deficiencies,” he said. “And you have time to go back to the drawing board. Under this if there’s a problem you’re done.”

The bill creates further challenges to citizen proposed constitutional amendments by reducing the amount of time petition gatherers have to rally support. Currently signatures are valid for two years. Under the proposed bill, those signatures would only be valid until Feb. 1 of even numbered years.

Grant argued that still gives gatherers almost two years — they could start gathering petitions after one even-year election. But those elections are in November meaning petition efforts would start in December, making the window 14 months.

However, that timeline does not consider that supervisors of elections have 30 days to verify signatures. That means groups pushing for a ballot initiative would actually have a Jan. 1 deadline or risk having some of its petitions uncounted. Taking that under consideration, the timeline is closer to 13 months.

Grant admitted he thinks it should be “really hard to amend the constitution.” And he offered a passionate explanation as to why that included several points.

First, he worries voters at the ballot box might not have all of the information needed to make a decision on a law that would likely affect them for their entire lives.

He also argued for maintaining the state’s representative democracy.

“The constitution should be owned by the citizens of Florida,” he said.

But in some cases, Grant argued, out of state special interest groups come in with multimillion dollar efforts to amend or add to the state constitution.

His bill would address that by requiring disclosure of out-of-state fundraising and petitioning.

Templin rejected that argument, arguing instead that efforts to make ballot initiatives harder have had the opposite effect of what lawmakers originally intended when efforts began a decade ago.

At one point, petition signatures were valid indefinitely. That was later amended to eight years, then to four and eventually to two. The idea, Templin said, was to ensure the constitution was controlled by Floridians, not deep pocketed special interests.

“None of that has changed, but what we did with those changes is we actually took the process away from the people and made it now a wholly owned process by the millionaires and billionaires,” Templin said. “No one can collect those [signatures] with volunteers anymore.”

Groups are forced to pay petition gatherers, buy direct mail to collect signatures and wage full on campaigns to earn support and get the message out.

Support for Grant’s bill fell along party lines with Republicans supporting and Democrats decrying it as a withering of democracy.

The bill’s next stop has yet to be determined.

A similar bill in the Senate (SB 778) has not been heard in committee yet.

If it were to be applied retroactively it would foil Make It Legal’s goal to have its initiative placed on the 2022 ballot and require the group to restart its petition drive after the November election.