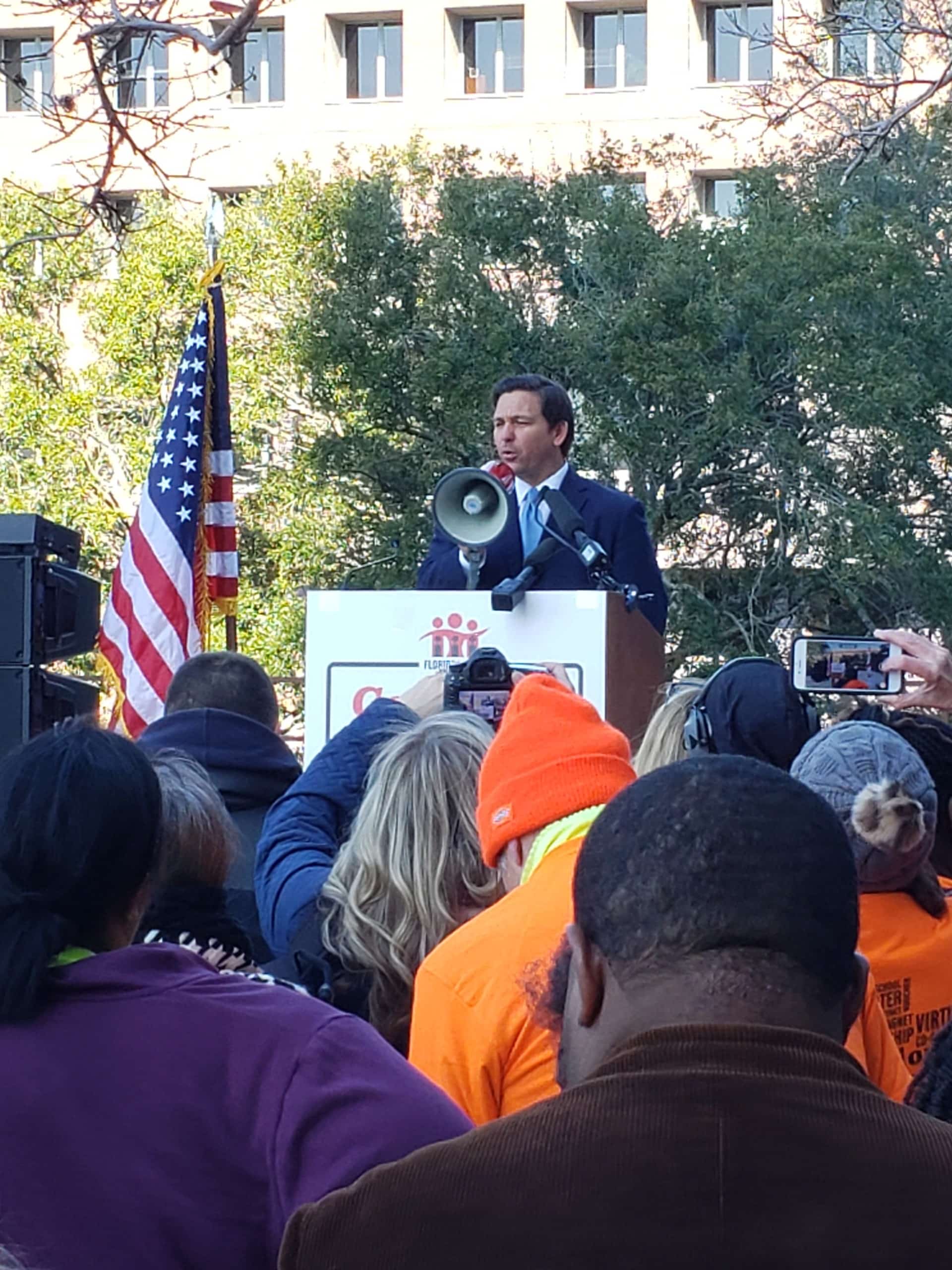 Parents hope for a funding increase this Session

Hundreds of students, parents and educators from around Florida rallied at the Capitol Tuesday to urge Gov. Ron DeSantis and state lawmakers to expand a cutting-edge scholarship for special-needs students that has become the biggest of its kind in America.

Created in 2014, the Gardiner Scholarship now serves 13,000 students with autism, Down syndrome, cerebral palsy and other special needs, but has another 3,500 on a waitlist. Lawmakers have expanded funding for the program every year — to $147.9 million last year — with nearly universal bipartisan support. Parents hope that will continue this Session, given still-growing demand.

“I cannot thank the Gardiner Scholarship or Florida enough for this,” said rally speaker Katie Swingle, a mom from Winter Haven who has a son with autism. “The scholarship has made our life 10 times easier. My life would be a disaster without it.”

“This scholarship has been a lifeline for a lot of families throughout Florida,” said DeSantis, who addressed the rally with a bull horn. “It’s put kids in schools where they can realize their full potential.“

DeSantis said he and lawmakers made it a priority to clear last year’s waitlist and would do their best again this year.

“We’re going to take it one step at a time because we know this is an important choice for people to be able to make,” he said.

Unlike traditional school choice scholarships, the Gardiner Scholarship is an education savings account. It gives parents the freedom to access a wide range of products and services — tuition, therapies, tutoring, assistive technology, curriculum materials and more — and the flexibility to mix and match them in a way that’s just right for the student. The average amount of the scholarship is $10,400.

Many Gardiner Scholarship parents say the program has been a game changer for their children, and Tuesday gave them and other supporters the opportunity to broadcast that message to the Capitol.

Raquel Baldwin, the principal of Baldwin Academy in Fort Lauderdale, was on a charter bus that left at 1 a.m. with 23 students and 10 adults from several private schools in the area. Baldwin has five Gardiner students at her school, which serves 120 students in kindergarten through sixth grade. The Gardiner Scholarships have enabled the school to provide support services for the students with unique abilities, she said. But more money is needed to provide extra staffing for those kids.

“There’s strength in numbers,” Baldwin said. “I think it’s important to show our lawmakers … there are real people and real lives being impacted.”

Florida is one of five states with education savings accounts and has the largest in terms of funding and participation. It was named in honor of former Senate President Andy Gardiner, who led efforts to create the program. He and his wife, Camille Gardiner, have a son, Andrew, who has Down syndrome.

previousRick Wilson's latest tome: Giving no quarter in the effort to defeat 'The Devil'