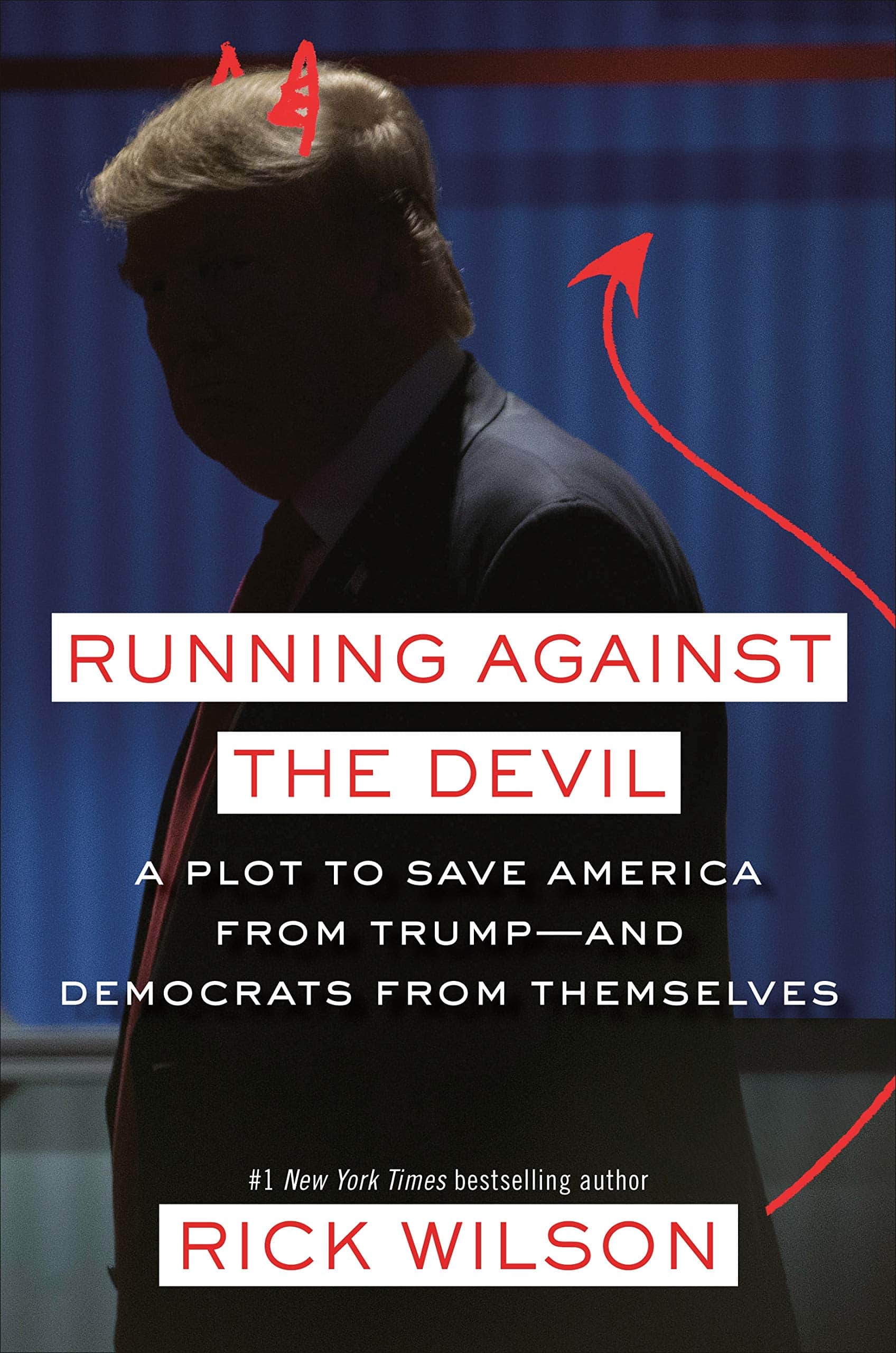 "This is a fight to the knife for the soul of the country."

Rick Wilson is the Mike Tyson of anti-Trump authors. Whatever he may lack in artistry he makes up for in ferocity. If George Will is a swordsman wielding a rapier when he uses “oleaginous” to describe Mike Pence, Rick is a Viking berserker swinging an ax when he calls Donald Trump a “douche canoe.”

This is not to say oleaginous and the like are beyond Rick’s ken. On the contrary, he is a sesquipedalian of note. (He introduced me to “ichor” in this book.) But reading his work can be a head snapping roller coaster ride that takes you from prose that is almost poetry in one paragraph to profane vituperation that would do credit to a Marine gunnery sergeant in the next.

So when I was asked to review Rick’s newest book, “Running Against the Devil,” I readily agreed, knowing it would be entertaining if nothing else. And entertaining it was. But the book is far more than that. It is well conceived, well written and filled with strategic and tactical insights into the 2020 Presidential election.

The framing of the book is Rick in his post-2016 role as an apostate from the Brotherhood of Republican Political Consultants revealing to benighted Democrats the formula for beating Trump, or, more accurately, how not to snatch defeat from the jaws of victory once again. His counsel to his former adversaries comes with the bark on — tough love, he calls it — and he predicts it will not be uniformly well received, which is a safe bet given the fact that he urges them to wake up and smell the coffee and stop being the ineffectual goobers he and his former brethren regularly beat like rented mules.

I cannot do justice to Rick’s political wisdom and rollicking humor in the 700 or so words allotted to me here, so I will cut to the chase. Rick asks the critical question of the 2020 election for Democrats: Run left or run near the center? The answer to this question depends in turn on the answer to a second question: Will the social justice warriors turn out to vote against Trump if the Democrat nominee is not a simulacrum of Jeremy Corbyn?

Rick believes the answers are yes to the second question and near the center to the first, and I agree with him. These have to be the answers. If not, then Trump will be re-elected.

Rick drives home the point that this is not a national election; it is a comparatively small number of state elections. And in those 10 to 15 states where the outcome is even arguably in doubt, being California woke and progressive won’t cut it. An LGBTQ wave is not going to rise up in Florida and Arizona and sweep Elizabeth Warren into the White House. The “yutes,” as Cousin Vinny called them, are not a shield wall that will stop the coming onslaught of right-wing populists. All the progressive magical thinking about unprecedented turnout by right minded zealots with which Democrats delude themselves ain’t gonna happen. For example, how many times do Florida Democrats have to be left at the altar by Broward County before they learn their lesson?

But Rick’s real mantra is that this election is a referendum on Donald Trump, not a plebiscite on transgender rights, college loan forgiveness or boxing the ears of billionaires. This is a fight to the knife for the soul of the country. Go after Trump, hammer and tongs, day after day after day. Start today. Do not rest. No quarter asked and none given.

Throw away the position papers. Talk to suburban women who know Trump is a pig. Talk to blacks who know racism is the beating heart of Trumpism. Talk to farmers driven to bankruptcy and suicide by Trump’s feckless trade wars. Talk to Hispanics sick and tired of his xenophobia. Talk to the men and women in the coal mines, steel mills and automobile factories to whom he lied. Talk to those who still have a vestige of common decency and a lingering memory of the American creed of community and inclusiveness. And speak their language; don’t talk down to them.

Sinking beneath the waves on Election Day bathed in resplendent ideological purity with guns firing and flags flying may appeal to the martyr complex that afflicts so many Democrats, but it is not much of a campaign plan. The message of “Running Against the Devil” is run to win, not to make a statement. It is a message that should be read.