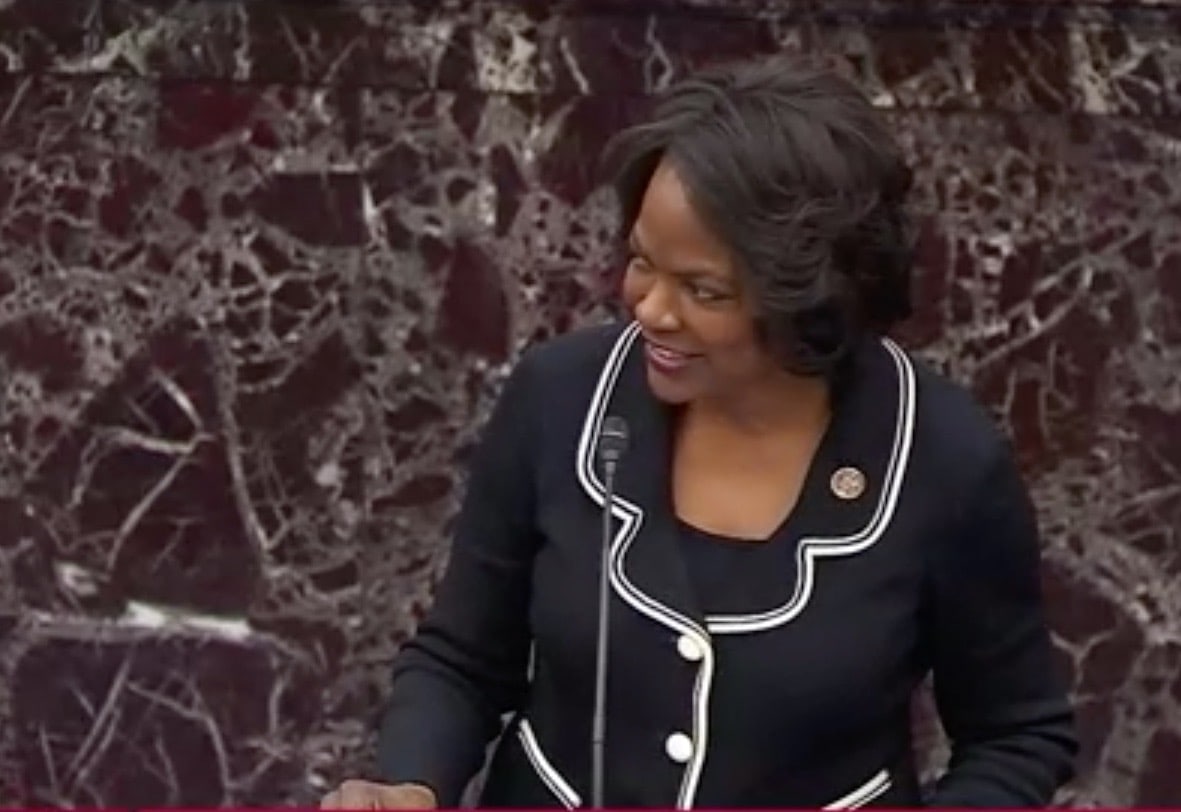 Orlando’s U.S. Rep. Val Demings was tapped Tuesday to make the Democrats’ argument to seek documents to support their impeachment case against President Donald Trump in the U.S. Senate trial.

In a 47-minute argument she made on the impeachment trial’s first day, Demings made a plea for four specific sets of documents that had been referenced in the U.S. House of Representatives impeachment investigation hearings, but never provided by Trump’s administration.

Demings, one of seven House managers making the impeachment case for the Democrats, told the 100 Senators [particularly trying to make the case to the 53 Republican Senators expected to block any requests for documents] that the impeachment trial should see text messages and WhatsApp messages; emails; diplomatic cables; and personal notes involving several witnesses at the House impeachment hearings, and discussed by them in those hearings.

In each of those cases, the House Intelligence Committee subpoenaed the documents. And in all of the cases the U.S. State Department refused to turn them over, under Trump’s orders, Demings said.

She then turned to her career as an Orlando Police Officer, including as a detective and as an internal affairs investigator, to say that no one hides documents if they could support a claim of innocence.

“The president is engaged in this coverup because he is guilty, and he knows it,” Demings continued. “And he knows the evidence he is concealing will only further demonstrate his culpability.”

Demings presentation went on like that, never pulling punches, frequently referring to Trump’s actions in Ukraine with his lawyer Rudy Giuliani as a “scheme” and corrupt, and the justification that he wanted investigation of corruption in Ukraine a cover story and a sham.

Specifically, Demings said the Senate needs to see series of text messages from Kurt Volker, Trump’s special envoy to Ukraine, and others; notebooks compiled by Ambassador William Taylor and turned over to the State Department; diplomatic cables sent from Taylor to Secretary of State Mike Pompeo; and email from Volker, Taylor, Ambassador Marie Yovanovitch and others who described their email at the House hearings but could not access them to provide copies to the committee.

In each case, Demings described when and how the various documents came into play in the investigatory hearings, and why they appeared to provide critical evidence.

“We know these materials exist. We know they are relevant. And we know the President is desperately trying to conceal them,” Demings said.