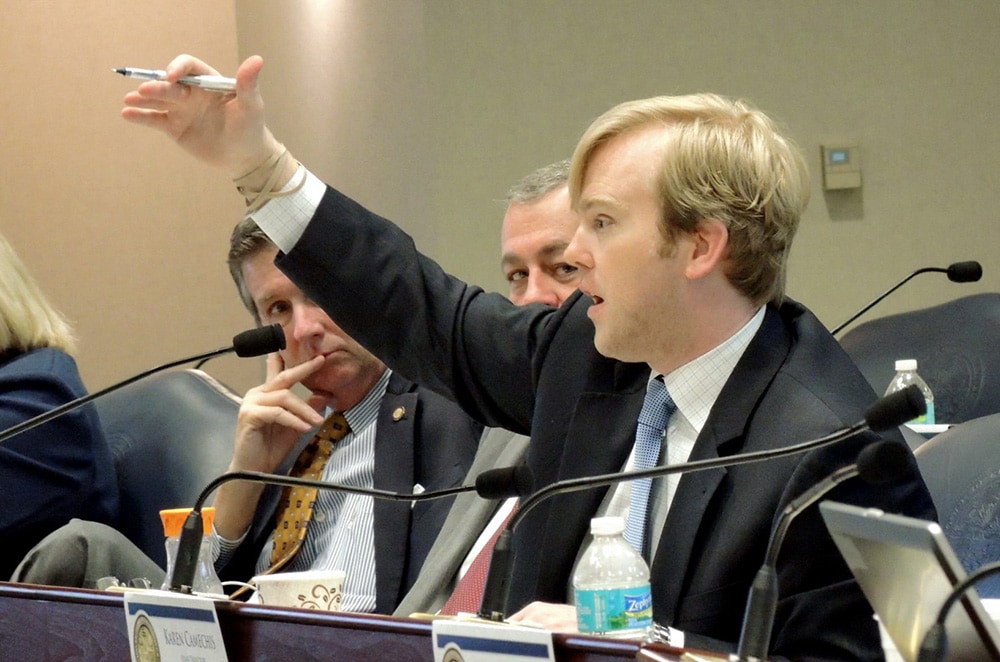 The bill (HB 1), sponsored by Tampa Bay Republican Rep. Jamie Grant, would require public employees who want to join a union to sign a membership authorization form and for employers to verify the employee’s intent before any union dues can be collected for membership purposes.

It would also require employees to reauthorize membership annually.

Grant’s bill would also require unions to terminate membership upon written request from the employee and bar them from asking questions about why the member chose to sever its relationship.

The bill passed along party lines.

Two amendments filed by Democrats to soften the bill failed.

Democrats in the House Oversight, Transparency and Public Management Subcommittee argued the bill was unnecessary and duplicative and was merely an attempt at reducing union membership.

Laws governing union membership in Florida already require unions to receive written authorization from employees to collect membership dues and they are required to sever membership and stop collecting dues within 30 days of written notification of a member’s intent to withdraw.

But Grant said there are bad actors who aren’t following those laws. Asked to offer evidence of those examples, Grant suggested Rep. Margaret Good, the Democrat who asked the question, to meet with him to review the evidence. He did offer one specific example in which Grant claimed the Orange County Classroom Teacher’s Association required a membership severance form that included a question about a person’s political affiliation.

“Some of our labor unions, and I emphasize some, we have found ampler evidence of some that have done some pretty egregious things,” Grant said.

He noted the political affiliation question was the “most patently offensive” example.

Grant’s bill does not specifically target asking for political affiliation, which is already public record, but broadly blocks asking for any information related to an employee’s decision to leave a union.

Rep. Anna Eskamani suggested such questions might be a data collecting mechanism to gather demographic information. She also pointed out members do not have to answer the question to withdraw from the union.

Grant, however, said merely asking the question could be intimidating for employees; they may feel compelled to answer even if they’d rather not, and they may fear repercussions based on their answer.

“What I think is nuts is to believe that we don’t have employees in this state who are scared to simply walk out,” he said.

The bill received heavy opposition from teachers, teachers’ unions and representatives from fire, police and other public employee unions.

Grant’s use of the word “nuts” was a reference to public testimony opposing the bill from AFL-CIO Political Director Rich Templin who compared the bill to an old Snickers commercial where “any way you slice it, it comes out nuts.”

One of critics’ biggest concerns with the bill revolves around the administrative burden it would place on public employers who would have to dedicate staff to verifying union membership every year. They also worried the bill would give employers an opportunity to “sit” on membership forms, delaying employees’ membership.

Richard Jones, a Cape Coral city employee, asked rhetorically what would happen to his membership while his employer verified his renewal.

“The state is now going to tell me that I’m no longer a member until the municipality processes my card again,” he said.

Democrats also blasted the bill as model legislation from the Michigan-based Mackinac Institute, which they described as a group committed to union busting. Two representatives from the group were on hand to support the bill.

Grant rejected that argument, again by calling it “nuts.”

Rep. Bobby DuBose was quiet for most of the bill hearing but chimed in during debate to caution members about voting in favor of the bill with the intent to continue working to better its language.

“It’s very important that we judge the policy before us as it’s presented at that time and that’s how you cast your votes to shape the debate or the narrative or the progression of this policy,” DuBose said.

His comment came after two Republicans, Reps. Jason Fischer and Chip LaMarca, said they believed more work needed to be done on the bill but would vote in favor to further conversation.

Unlike most bills, Grant’s is only scheduled for two committee hearings.

“If this bill gets agendaed, than to me that can be a little disingenuous to everything we’ve talked about here,” DuBose said.

The bill heads next to the State Affairs Committee.

nextJake Godbold stayed in the game until the end