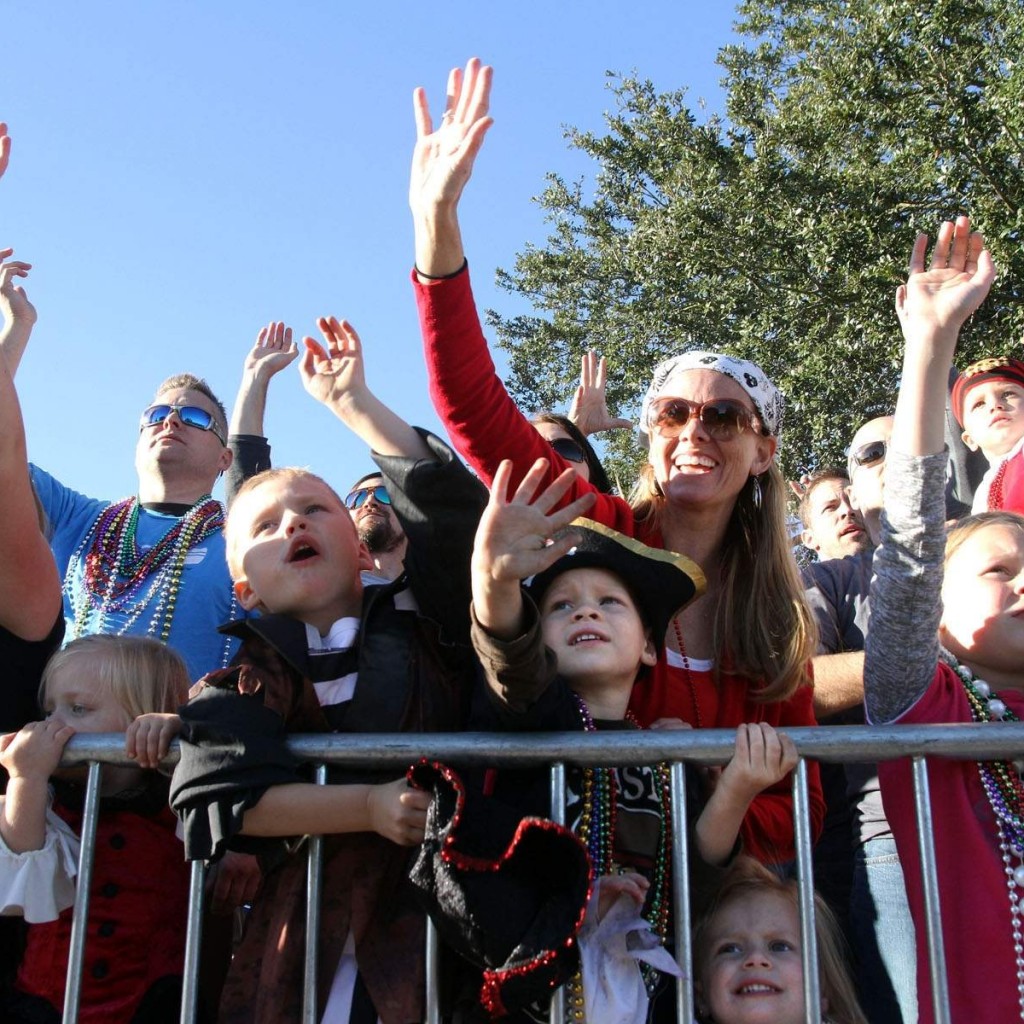 It might be a good idea to ditch the car.

Thousands of pirates (and pirate wannabes) are set to invade the shores of Tampa Bay on Saturday for the annual Gasparilla Parade of the Pirates.

There are several ways to get to Tampa’s pirate party without taking your car.

Lyft is teaming up with Captain Morgan to provide up to $20,000 in Lyft Ride Smart credits.

The pickup or drop-off area must be in Lyft’s coverage area, which is within five miles of downtown Tampa.

As of Thursday, Uber does not plan to offer a special discount code for Gasparilla.

Like other festivals where alcohol is involved, Uber is encouraging people attending Gasparilla to leave their car (or pirate ship) at home.

However, like last year, Uber has set a special zone of the area most impacted by Gasparilla.

From 9 a.m. to 11 p.m. Saturday, riders will not be able to request an Uber ride if they are located in the shaded areas of the map, which includes the parade area where some roads will be closed or otherwise inaccessible.

The Uber app will also display a notification from 9 a.m. to 11 p.m. instructing riders where to walk to request a ride based on their location.

Downtown: Walk east toward North Florida Avenue. Once there, users will be able to request a ride.

Hyde Park North: Head north toward the University of Tampa. After users reach Cleveland Avenue, they’ll be able to request.

Hyde Park Center: Head north of Swann Avenue and east of South Boulevard, and from there, request a ride.

Hillsborough Bay: If users are enjoying the festivities on the high seas, they should not surprisingly head back to land to request a ride! Users will not be connected with a driver until they are on land.

Uber recommends requesting an uberXL if riders are headed to Gasparilla with more than four people. UberXL vehicles can accommodate as many as six people.

The Tampa Bay Times reported the no-ride zone for electric scooters will be extended to include several blocks around the parade route. The extended “no-riding zone” restrictions are in effect from 5 p.m. Friday to 5 p.m. Sunday.

The city has already banned e-scooters from the Tampa Riverwalk, Bayshore Boulevard and the 7th Avenue sidewalk between Nuccio Parkway to North 22nd Street.

This year marks the first time Tampa has hosted Gasparilla with e-scooters.

It is illegal to drink and scoot.

Jump, which is owned by Uber, will slow their e-scooters to a stop when entering the restricted area.

In these areas, riders will be required to walk the scooter back out to continue riding or end the ride.

The Times reported Bird will not operate on Saturday.

Spin is expected to operate within the city’s designated boundaries. As of last week, Lime told ABC Action News it was still figuring out its plans for Gasparilla.

An all-day pass costs $4 (cash only). Passengers may also use their monthly bus pass.

The fare does not cover city of Tampa parking fees.

No coolers or alcohol are allowed on streetcars or buses.

Click or tap here to view a map of the HART bus service and TECO Streetcar schedule during Gasparilla.

The TECO Line Streetcar is free to riders and will offer service from 8:30 a.m. Saturday to 2 a.m. Sunday from Ybor City and downtown Tampa.

Stations 1 and 11 will be closed all day.

No coolers or alcohol are allowed on streetcars or buses.

Cross Bay Ferry will not run

The Cross Bay Ferry will not operate for Gasparilla for the second consecutive year.

The ferry — which takes riders to and from downtown St. Petersburg and downtown Tampa — will not operate Sunday either.

Normally, the ferry runs on both Saturdays and Sundays.

Still have questions? Click or tap here to get more information on Gasparilla 2020.