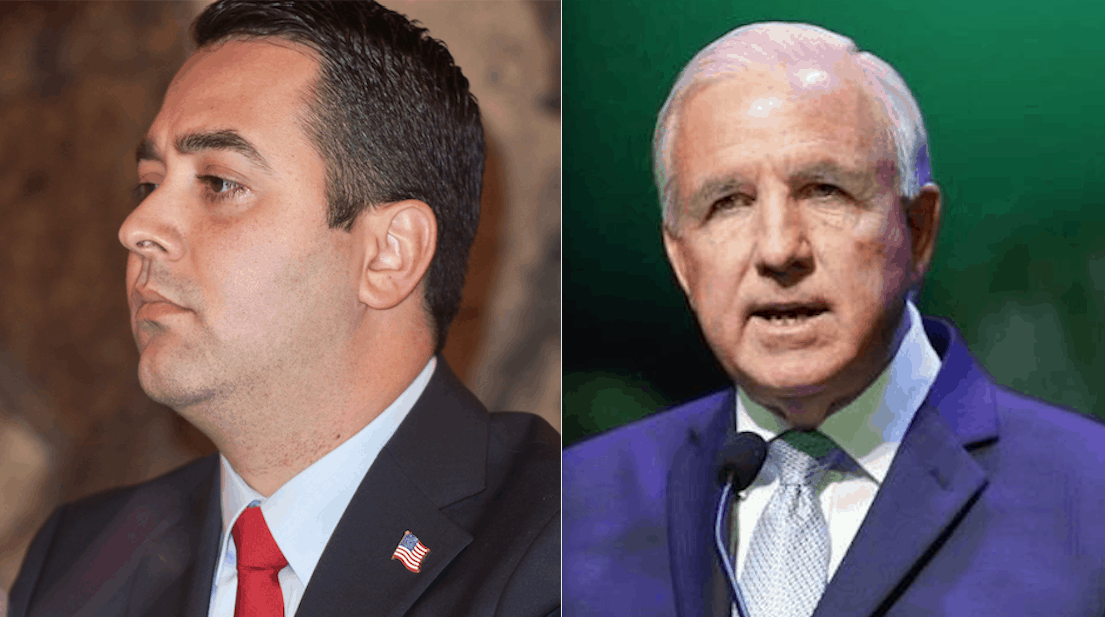 Republican congressional candidates Leo Valentin in Orlando and Miami-Dade County Mayor Carlos Giménez are in line for national Republican support for their campaigns, now that the National Republican Congressional Committee has declared both of them to be “On the Radar” for the party’s “Young Guns” program.

Both of them are in multiple-candidate Republican primary battles for chances to take on Democratic congresswomen who are being targeted by national Republicans.

Giménez entered the Republican primary race in Florida’s 26th Congressional District this month as a presumed favorite against two other Republicans, yet Irina Vilariño already had been added to the NRCC’s “On the Radar” list. They’re aiming for a chance to unseat Democratic U.S. Rep. Debbie Mucarsel-Powell of Miami.

Valentin is in a six-candidate Republican scrum and is the only one from that group to gain the NRCC’s spotlight. They’re aiming at Democratic U.S. Rep. Stephanie Murphy in Florida’s 7th Congressional District.

“I am incredibly proud of my entire team and network of supporters for working so hard to get us here,” Valentin stated in a news release. “Making the Young Guns program is a clear sign that Republicans both in Central Florida and nationwide know that we can win this race and that our campaign is the only one with the strength and momentum to do so.”

The “On the Radar” designation means the candidates have achieved a first level of campaign thresholds for fundraising, organization and viability and have been identified as promising by the NRCC. But they still must achieve additional campaign milestones before they enter the full Young Guns program. That program mentors and supports candidates and provides resources to increase their chances against Democratic opponents. For now, they are profiled and highlighted by the NRCC, which also provides campaign contribution portals for them.

Giménez and Valentin were among 31 Republican candidates nationwide that House Republican Leader Kevin McCarthy of California announced have been selected for closer NRCC attention in what was the fourth round of “On the Radar” designations.

“We are pleased to add another round of impressive candidates to our Young Guns program,” McCarthy stated in a news release. “The socialist Democrats’ sham impeachment investigation has inspired hundreds of well-qualified candidates to run for office and put the majority well within our reach.”

In addition to Giménez and Vilariño, a Miami restaurateur, the CD 26 Republican primary has Omar Blanco, the former head of Miami-Dade Firefighters Local 1403.